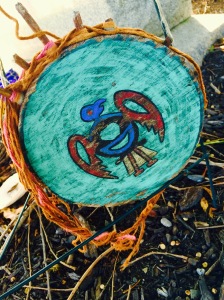 I ran into two friends this morning for whom the month of August is an excruciating one. Two fathers for whom August is the anniversary of the unimaginably painful loss of a young daughter. For both, August brings an acute reminder of the ever-present reality of the gaping wound at the heart of their lives. For both, August means the rehearsal of a crippling loss that no parent should have to endure.

It is impossible to think of these two friends and their losses without thinking more generally about fathers and daughters. There is—or at least there can be—something unique about this relationship.  We fathers don’t love daughters more than we love sons, but maybe we love them differently. Maybe daughters get a bit more leeway than sons, because fathers remember with little pride what they were like as sons and how they treated their sisters. Maybe daughters get a bit more of our vigilance in a world where daughters are so routinely objectified and commodified and labeled and measured and evaluated against the insane and degrading calculus of the voracious sexual appetites of men. Maybe fathers love their daughters differently because we are inheritors of gender stereotypes that cast women as frail and vulnerable and in need of a man to defend them. Maybe it’s all of the above and more.

Whatever the case may be, for most of us fathers it’s tough to imagine anything more agonizing, or as agonizing in the same way as the loss of a daughter. I can’t think of my friends’ stories without at least subconsciously putting myself in their place, trying to imagine moving forward in life without my daughter. I ache, my soul shivers just to think of it.  This precious little girl whose tiny body you welcomed into the world, who smiled and laughed and played, who squeezed you tight and called you, “daddy.” This little life that once spoke only of hope and promise and possibility.  This little girl that a father is supposed to protect. Gone. Impossible.

It is a burden that we would do almost anything to avoid having to bear.  I think of the story told in the gospels of Jairus, the leader of the synagogue, falling at Jesus’ feet, pleading for the life of his sick daughter, of Jesus arriving too late on the scene but of hope not yet being lost, of Jesus summoning this girl who had died back to life. And I think, “Come on, Jesus! Why does this father get his daughter back while so many do not? While my friends do not. Why do some fathers beg successfully for their daughters’ lives but the daughters of other fathers stay dead?”

Some “why’s” have no answers.  Lots of them, actually.

I was listening to my friend talk over coffee this morning, and our conversation meandered around, hovered over, and barely avoided explicit mention of his daughter. We talked about everything from world politics to sports to theology to personal life to marriage to business to tattoos. The conversation moved at an almost frantic pace, and at every turn my friend seemed to be groping around for some thread of meaning, however small, however tenuous, to link all the disparate parts of his life together, something to connect the dots. At one point, he paused, and a small silence descended.  Then, into the silence, he simply said, “There just has to be some meaning in her passing. It can’t mean nothing.”

No, it can’t. There is little more terrifying in all the cosmos than the possibility that our pain might literally be meaning-less.

Christians are fond of trotting out arguments for the sovereignty of God and the inscrutability of his will at this point. And I get why we do that. Even those of us who take a few steps back from some of the more extreme and morally unpalatable presentations of divine sovereignty end up clinging to some version of a view that says, “There is a God out there and in here and among and within us that can be trusted with all this pain, who can yet drag meaning out of what seems only like crushing loss.” We have to. The alternative is unbearable.

This week I came across a poignant passage in a blog post called “The Great Recycler” by Oregon pastor Meghan Larissa Good. The hope she articulates is one that could be applied to all the darkness we encounter this side of eternity, but today I’m hoping and praying along these lines on behalf of two fathers who are desperately missing their daughters this August:

There is no situation so utterly shattered by evil that God will not gently gather the shards and reclaim them for some new work of mercy.

Where God is in the world, our pain will never be wasted, our suffering will never be allowed to dissolve into total meaninglessness. This is the promise of Romans—not that everything happens “for the best” but that God is an expert at robbing “the worst” of its ultimate victory dance. God can make ashes into diamonds. God can plant seeds where tears are falling and cause tall, strong trees to grow. What God did not will, God still will not waste. Evil may steal lives, but it cannot obliterate meaning. It cannot keep what it claims, because God will constantly steal it back—back for the “recycled” purposes of love and compassion and wisdom and hope.

This is our hope.  Evil may steal lives, but it cannot obliterate meaning.  Because our God is a more clever thief, who can steal back even what looked dead and gone.

The photo above was taken by my daughter at the Carlisle Indian Industrial School in Carlisle, PA.  It is a dream catcher placed at the tombstone of another father’s daughter, another girl who stayed dead, who still awaits the summons of Jesus to rise up to new life.

From: Death, Doubt, Faith, Fatherhood, Hope, Love, Prayer, Theology
← “All Will Finally Become Beauty”
So Much to React to and So Little Time! →
No comments yet