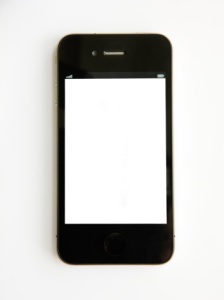 As I was driving back from a guest-speaking trip to Edmonton yesterday afternoon, I observed myself doing a funny thing. Every few minutes, I would restlessly pick up my phone and look at it. For no reason at all. It didn’t ring or ping or otherwise summon me to attend to its latest deliverance. It just sat there, silently. But I was quite sure that somewhere in Internet-land there was something going on that I needed to be aware of. Someone was writing something or responding to something I had written or posting something that I probably ought to be aware of. All of these hypotheticals can (and did) get pretty exhausting.

I’ve been reading two books over the last few weeks: Eli Pariser’s The Filter Bubble and Andrew Keen’s Digital Vertigo. Both paint a sobering picture of a culture that is increasingly addicted to the image of itself that it is carefully crafting online, and whose media experience is gradually being shrunk to the level of its choices, click-histories, and preferences by powerful corporations trying to sell advertising. As Pariser puts it, we are “constantly curating our own media experience.” We’re frantically trying to keep up with enormous amounts of data from “friends” around the world, from clogged and bloated news aggregators, and from an increasingly unwieldly assortment of instant messaging modes. And on top of all this, we are trying to assemble and maintain and project an image of ourselves back to others via all of these same modes and media.

Near the end of Digital Vertigo, Keen talks about how the hottest property on the internet these days is privacy. Yup. It has come to this. We are now inventing software to make the Internet “forget” our data or hide our activity online. Or blow it all up. Apparently there is a “service” called Web 2.0 Suicide Machine that has been crafted to obliterate your entire online profile in one fell swoop. Of course, another option would be to simply share less data about ourselves online. But that’s a non-starter, apparently. We can’t imagine not living online, so we will look to our digital architects to sell us products to protect us from the prying eyes and ears of these same architects. The irony is grim indeed.

I don’t like the fact that Google and Facebook (and others) have all kinds of information about me. But in the grand scheme of things, targeted marketing and massive corporate control of culture aren’t exactly new things. I’m less disturbed about what Mark Zuckerberg might know about me than I am about what the brave new social media world is doing to me—how it is shaping my behaviour, my habits, my way of being in the world. The solution is not—it cannot be—a download that will simply mask the habits and hide them from the “wrong” people. It is the habits, the behaviour, the way of being in the world that must change.

And so, I will now go out into the non-virtual world and mow my lawn, take my daughter to piano lessons, and coach my kids’ soccer game later tonight. I may even turn my phone off. And I will go with a song from City and Colour that I just heard ringing in my ears. These lines come from “The Hurry And The Harm”:

Everyone wants everything.
No matter the cost, we’re longing to live in a dream.

But why are we so worried more about the hurry
And less about the harm?

I’m going back to the start

From: Culture, Ethics, Random Musings, Technology/Digital Culture
← On Loss and Life
Seeing the Light →
No comments yet