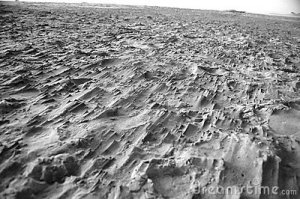 A photographer friend of mine often reminds me of the importance of paying attention to the world around us, of capturing ordinary moments in ordinary places on ordinary days. I’m not much of a photographer, but I would like to be a better payer-of-attention. Lately, I often find myself just sitting and staring, recording images and impressions in my head, trying to remember, trying to write them down…

One of the places I sit and stare is the downtown library. I spend a decent amount of time here. I read while my daughter is at swim club, while my son is at guitar lessons, when I have an hour to kill between supper and a meeting, when I need to get out of the office. The library is a very interesting place to sit and stare…

At the table beside me sits a young First Nations woman who’s flipping mechanically through a Vanity Fair magazine. She’s sitting with an elderly disabled woman whose face is contorted, whose lips twist and turn. She looks away from the magazine being in front of her, then back at it, then away again. She angrily shakes her head. The young woman tries to show her something, but it’s no use. The young woman looks so defeated. I wonder how many hours she has left at the library. I want to walk over and give her a hug. I want to let her know that she is doing the holiest work in the world.

Over in the middle of the main floor there’s a cadre of young indigenous men standing at the computer carousels. They’re big and loud and rough-looking. They’re all on Facebook, laughing at and sharing crude photos. I watch people take the long way around the young men, watch them look warily at them, suspicious, afraid, annoyed.

Across the magazine rack from me a teenager saunters in, talking loudly into a cell phone. He’s dressed all in black, trench coat, make up, long, greasy hair, pimply face. He sprawls out across two chairs and continues his (angry) conversation. So many hateful words, so much degrading and vulgar language. I want to walk over and ask him why he’s so angry. I don’t.

The security guard to my right seems profoundly disinterested. Her shirt is half tucked in, one pant leg stuck on the top of her boot. She mostly sits at her kiosk by the electronic scanners reading trashy novels. Every hour or so she goes outside for a cigarette. Occasionally she has to break up a fight or an argument, or escort someone who’s drunk or high to the exits. She usually looks very bored.

At the front desk the lady looks weary and dismayed. She’s a prim and proper British woman, maybe fifty or so. I’ve talked to her many times. Very helpful, articulate, knowledgeable, nice. I wonder if she resents the state of libraries these days. I wonder if she’s dismayed by how many people use the library to spend hours on Facebook, to play video games, to get out of the cold and stare at their phones. I wonder if she hates it that more people don’t sign out books.

I heard a radio program the other day about how libraries are increasingly finding themselves on the front lines of social need. Especially downtown. Especially during the winter months when it’s unforgivably, unforgivingly cold.

There’s another man who camps out at the same stall by the stairs nearly every day. I see him every time I’m at the library. He hangs his jacket on the railing, takes his shoes off, plugs in about five different devices and chargers and spends the day watching movies. Sometimes his lady friend joins him. When she comes, he turns off his movies and they talk, loudly. They talk about all the churches that are wrong about nearly everything. They talk often about spectacular end-time prophecies, about four horsemen and the cataclysmic judgment of God.

This week’s Advent text from Isaiah 40 says this:

Every valley shall be raised up,
every mountain and hill made low;
the rough ground shall become level,
the rugged places a plain.
And the glory of the Lord will be revealed,
and all people will see it together.

I wonder if this is the judgment of God the guy by the stairs is waiting for. I doubt it would be fiery or angry enough for him. But I think I would be ok with it. Yes, yes, certainly I would. So much rough ground in our world, so many rugged places, so many valleys that need to be raised up. So many high places and high people to be brought low.

When I pressed “publish” today, WordPress informed me that this is my 900th post. Which caught me off guard.  900 seems like a rather large and unwieldy number. That’s a lot of words to inflict upon the Internet…

At any rate, because large round numbers seem to make me reflective or nostalgic or something, let me again simply say a quick thank you to all who read what I write here. Whether you’ve (inexplicably) read all 900 or this is the first one, I do appreciate you stopping by. I’ve been at this for nearly eight years now, and have come to deeply appreciate this space, not least for the many interesting people and conversations it opens the doors to.

From: Culture, Eschatology, Random Musings, Stories on the Way
← Come to Jesus
God is a Lover →
10 Comments Post a comment