On Calling the Cops 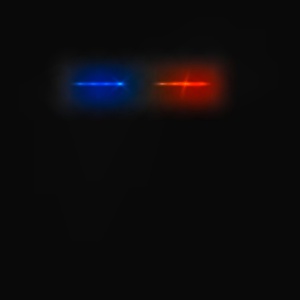 The clock said 5:20 when I heard my wife shuffling back into bed this morning. “I thought I heard something downstairs,” she mumbled. It was probably nothing, we both agreed. Our teenage son has been known to prowl about the house loudly foraging for food at ungodly hours of the night/morning. Or maybe it was our cat who has a capacity for producing levels of noise wildly disproportionate to his size. And there’s always the ever-present wind. There were a number of plausible explanations for the mystery sounds. Probably nothing.

I tossed and turned for twenty minutes before giving up and getting out of bed. I’m a ridiculously light sleeper at the best of times and I knew sleep wouldn’t be returning this morning. I put on a pot of coffee, fed the pets, put some dishes away, checked my email. Once the coffee was done, I grabbed a cup and a book and headed out to the front porch to do some reading. Morning reading on our porch is one of the highlights of summer for us. The early-morning sun is warm but not hot. It’s peaceful and quiet. You can hear the birds. It’s a good way to start the day.

Today, however, I was in for a surprise. I turned the corner and noticed the dog sniffing at a strange figure sprawled out in one of our porch chairs. He was wrapped head to toe in one of the thin throw blankets that we keep on the porch for cooler evenings. Needless to say, this was among the last things I expected to find on my front porch on a pleasant spring morning. I was puzzled and, I confess, a little afraid. What might be hiding under this blanket? A harmless homeless guy? An addict? Someone with violent tendencies? Did this person have a weapon? I went back inside and took a deep breath.

My first instinct was to call the cops. Whatever else was going on, this guy was trespassing, right? But then I thought, “Is this really the kind of thing the police need to be called for?” I pondered how automatically I default to categories like crime and punishment instead of more human modes of engagement. Maybe this guy was just in a really desperate spot and needed somewhere to rest for a while. Maybe he was lost and confused or mentally ill. Maybe he had been kicked out of somewhere. Maybe he needed a small scrap of kindness instead of the strong arm of the law.

“And what about the fact that we’re Christians?” I asked my wife, who was up by now. “That should probably have some effect on how we deal with this, right? Maybe we should invite him in for a cup of coffee.” I had inconvenient stories like the parable of the Good Samaritan careening around my skull. “Maybe,” she said, looking entirely unconvinced. “Why don’t you just go outside again and see if you can wake him up and encourage him to move along?” I agreed that this was probably the way to go, even if I still harboured a few reservations. I went outside and tentatively shook his shoulder. “Hey dude, time to wake up. Time to get moving.” Nothing. I shook the still-shrouded figure a little harder. Still nothing. I was getting a little annoyed now, so I grabbed the blanket and pulled it off him.

I may have gasped audibly when I saw the face that groggily turned in my direction. It was a young man, early twenties. His face was covered in blood. He had an enormous bruise protruding out of his forehead, a tooth that was barely hanging on, a couple of fat blood-caked lips. There was dry blood on his backpack straps and on his bare chest. He was shivering and stuttering and incoherent. His eyes vacillated between utterly vacant and panic-stricken. My wife came outside at this point and leaped into action. She went to get more blankets. She sat with him while I called 911, asking questions, trying to figure out who he was, what had happened and how he got here. She tried to get him into the house, but he was in no shape to move anywhere. Clearly, he had been beaten badly. Equally clearly, he was still pretty messed up from whatever combination of booze and drugs had been part of the previous evening’s proceedings. His nose hurt because of all the cocaine, he said, and we didn’t doubt it.

The ambulance showed up. The EMTs dealt with him efficiently and kindly. They checked his vitals and asked him where it hurt (it might have been quicker to ask where it didn’t hurt). They asked him if they could have his backpack and checked for weapons (there were none, unless a few pencils and a butter knife count). They helped him into the ambulance and drove off. The RCMP officer showed up a bit later. She, too, was kind, efficient. She asked questions took our information and promised to update us on his condition later. I hope she does. The kid is clearly in a pretty desperate place in life. No money, no ID, no shoes, no shirt… One generally doesn’t end up in a bloody, drug-addled mess on a stranger’s porch at 5:00 am because things are going well in their life and they have a whole lot of relational supports in place. I hope he gets the help that he needs.

I’ve been thinking all morning about my instinctive reaction to this situation this morning. Maybe it’s because we’ve all been daily drowning in polarizing media about the police over the last few weeks. Maybe it’s because of the narratives that dominate our screens about crime and punishment and good guys and bad guys and law and order. Maybe it’s because we’ve been trained in countless ways to criminalize our understandings of every desperate behaviour and to expect that we should be insulated from ugly manifestations of complex social problems. Whatever the cause(s), I wasn’t proud of my first impulse this morning. Why were my instinctual categories crime and punishment rather than something like a Samaritan walking down the road and seeing a man bleeding in the ditch?

Having said all that, this was a relatively harmless (to me) situation in hindsight. If I hadn’t locked the door last night and had found this guy stumbling around my kitchen at 5:00 am, I can guarantee you that I would not have hesitated to call the cops. I have friends in the police who are good people doing extremely difficult work. Every day, they see people at their very worst and sometimes most abusive and are expected to respond always and without exception in precisely the right manner. How many of us would pass that test, I wonder? And, at the end of it all, I was relieved to see a cop on my front door this morning and to know that they would be checking into things. Maybe this guy hurt someone else or committed some other serious crime last night? Who knows? Not me, certainly. There’s an awful lot that I don’t know.

My wife took the blood-stained blankets inside and threw them in the washing machine. We sat on our front porch with our coffees and our books in the morning sun with a lot more to think and talk about than we had bargained for on an ordinary spring morning.

From: Current Events, Ethics, Jesus, Random Musings, Stories on the Way
← Wagging White Fingers
On the Occasion of Your Nineteenth Birthday →
19 Comments Post a comment