A World Suffused with Value

Spending parts of the last few days writing an article about atheism has given me the opportunity to revisit some of the notes and quotes I accumulated during my thesis research a few years ago. Discussions about the relationship between the discoveries of science and the claims of faith seem to occur quite regularly, both on this blog and in my everyday conversations. This quote from John Polkinghorne’s Beyond Science: The Wider Human Context isolates an important dimension of the conversation, in my view: 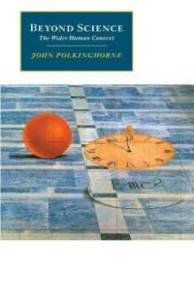 No adequate account of reality could fail to recognize that we live in a world suffused with value. The rational beauty that science discovers in the structure of the universe, and the sense of wonder enjoyed by scientists in the face of such discoveries, is part of that encounter with value. A world made up of quarks and gluons and electrons is also a world that is the carrier of a deep aesthetic beauty and the arena in which we exercise moral choice in accordance with those ethical intuitions that are part of our knowledge of reality. As part of its own peculiar style of inquiry, science may choose officially to neglect this dimension of value, but such a methodological limitation does not warrant the conclusion of a corresponding ontological poverty.