Are We Worth the Trouble? 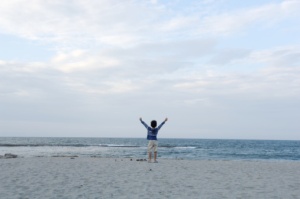 Any piece with a title like “Should This Be the Last Generation?” is bound to provoke a bit of curiosity, especially when the famous misanthrope Peter Singer is discovered to be its author. Today, the issue on Singer’s mind is whether or not human beings should consider ceasing to reproduce as an ethical response to our predicament, whether from the perspective of ecological responsibility (i.e., human beings are bad for the planet, therefore less of us are better than more) or based on more existential concerns (every child born will suffer, and we have a duty to prevent suffering).

And so, Singer is wondering if human existence is a good enough thing to justify foisting it upon human infants who do not ask for it:

How good does life have to be, to make it reasonable to bring a child into the world? Is the standard of life experienced by most people in developed nations today good enough to make this decision unproblematic, in the absence of specific knowledge that the child will have a severe genetic disease or other problem?

As any parent knows, walking with your children as they come to realize some of the more unpleasant realities of the world we live in can be a difficult process. My kids are only eight years old, but they are obviously already aware that they live in a world that contains a fair amount of suffering. They know that there are children around the world without moms and dads, children who don’t get enough to eat. They know that some kids are born with medical conditions that they did not ask for. They know that people can behave wickedly and that innocent people get hurt. They might not use this kind of language, but they are aware that the world they will grow up and chart their future in is not an altogether just or safe place.

And despite knowing all of these things as parents before we ever procreate, and knowing that our kids will also have to come to terms with these things, we still decide to bring new life to a planet full of death and pain and injustice and ambiguity and uncertainty.

Our planet certainly contains much that is good, as well, but is it enough? Singer cites South African philosopher David Benatar, who has written a pleasantly-titled book called Better Never to Have Been: The Harm of Coming into Existence, who argues that even what we call a “good” life will contain enough suffering to make choosing to bring it about morally problematic. No matter how good things are for us materially, we all live with unfulfilled desires, we all experience the decline of our physical and mental faculties, we all watch people we love make decisions that hurt themselves and others, etc. According to Benatar, all of us tend to think our lives are better than they really are, and “if we could see our lives objectively, we would see that they are not something we should inflict on anyone.”

Hmmm. So, given the fact that we’re apparently a lot more miserable than we think we are, and that the prospects of future generations aren’t much brighter, Singer muses along the following lines:

So why don’t we make ourselves the Last Generation on Earth? If we would all agree to have ourselves sterilized then no sacrifices would be required — we could party our way into extinction!

Of course this sounds comical and ridiculous on one level. But I’m actually inclined to give Singer’s arguments a bit of thought. The world does contain a lot of suffering and every life will be characterized by varying forms of struggle and strain, pleasure and pain. Maybe the assumption that existence is inherently good is worth pondering, even if our ponderings end up, as so many of ours seem to, affirming the merits of existence. Even Peter Singer ends up offering a fairly limp affirmation of human life based, one presumes, on the hope that we will one day come to realize our relative unimportance in the grand scheme of things and that this realization will somehow ameliorate our suffering. At the very least, it’s good to have thought about how and why we value the “gift” of life before passing it on to someone else.

Whatever one makes of the preceding, I’m glad I don’t have to base my answer to these questions on some kind of a misguided suffering calculus. For me, the affirmation that it is good and worthwhile for our species to hang around a while longer, despite the suffering we cause and endure, is grounded in the twofold belief that nothing good is ultimately lost in God’s world, and that grace and redemption are deeper and more lasting realities than whatever suffering I, my children, or future generations could ever face.

From: Culture, Ethics, Hope, Philosophy, Random Musings
← Only Two Scenarios?
The Hole in Our Gospel: Review →
18 Comments Post a comment