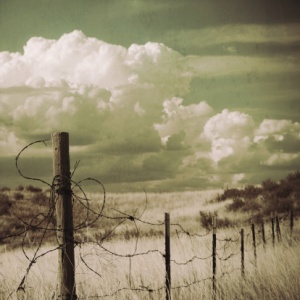 Spring seems to have finally, laboriously, tentatively, intermittently have sprung here in southern Alberta, so I spent my day off yesterday on a motorcycle ride. The glorious first ride of the year. My dad and I meandered south through the small predominantly Mormon towns that dot the landscape between Lethbridge and the American border before crossing the Milk River ridge and heading west. Then it was through the Whiskey Gap and then a tour along the brown snow-flecked foothills in the shadow of the majestic Rocky Mountains. After a quick stop for lunch we turned back north through the Blood Reserve before the final turn east to arrive back home in time for the kids to be get home from school. It was a lovely ride—clear blue skies, relatively warm temperatures and, best of all, little wind to speak of.

It was also a ride that brought back a few memories, particularly as we were winding through towns like Cardston and Stand Off. The last time I had been in some of these places was probably twenty years ago when I would tramp around southern Alberta playing hockey. I remember the teams we played in these towns as “Indian teams” (Cardston was half Mormon, half Indian in my undoubtedly ignorant and inadequate memory, but the Mormons tended toward sports like basketball and football, so the hockey team was mainly “Indian”). So, whenever we would play Cardston and Stand Off, there would be plenty of fear and ignorance and racism in the air. There would be mocking emulations of “war cries,” offensive comments about how we were going to be “scalped,” and questions from parents about the legitimacy of our opponents’ birth certificates as a 6’2 thirteen year old hopped over the boards. We would snigger at the names on the backs of their sweaters—names like “Day Chief,” “Tailfeathers,” and Manyfingers.” What kind of names were those?! If we happened to win the game, it was because we were inherently superior; if we lost, it was because they were dirty and probably cheated. They were Indians, after all. They couldn’t win.

I also remember the experience of driving out to the reserve for these games. As soon as we would head south off the #3 highway, we would descend into the valley that heralded entry into what was, for many of us, almost another world. There were vast swaths of prairie grass and innumerable acres of farmland leased by the band to enterprising (white) farmers. I remember little more than fifty or so odd kilometres of brown/white nothing. The bleak landscape was interrupted only, in my memory, by one of the few small houses that dotted the landscape. These houses were usually run down and poorly maintained and seemed, for all intents and purposes, to have been randomly dropped down on the prairies from the sky. There seemed to be no discernible rhyme or reason to their arrangement. There were often few, if any trees, no “yard” to speak of, no well-manicured lawns, no shelter for the merciless winds that so often screamed across the plains. Nothing. Sometimes there would be a bunch of broken down vehicles and kids’ toys, occasionally a trampoline or a swing set. But overall, it all looked so sad and lonely, these pitiful little shacks plopped down on the harsh, Alberta prairies. 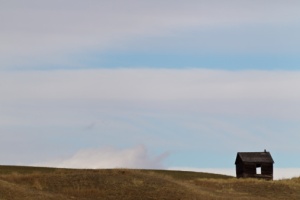 Of course, my thinking has changed quite dramatically over the last few decades. Gradually, I learned to be suspicious of simplistic and reductionist narratives—especially those that cast myself and those like me in the role of “hero” and people I knew little about in the role of “villain.” I learned that there is always a story behind the story. I learned about Canada’s racist history and its history of demeaning and dehumanizing treatment of indigenous people. I learned that the scenes I grew up observing on the reserve were not the result of an inherent anything, but a complicated history of misunderstanding and mistreatment. And I learned that we were racists. That I was a racist.

It’s easy to say, “that was then, this is now. Thank God we’ve moved past all that now!” But we haven’t. Not really. Sure, some things have improved. There was PM Stephen Harper’s official apology for residential schools in 2008.  There is the recently completed Truth and Reconciliation Commission.  There are movements like Idle No More. There is growing awareness among non-natives of the messy, messed up history we share and to which our implicit and explicit racism has contributed and continues to contribute. There is growing pride among indigenous people, a reclaiming of an identity that was turned from something to be proud of into a source of shame. This is welcome and good.

But there is still a long ways to go. As I drove through the reserve yesterday, I was struck by how little had changed in twenty years. Things looked pretty much exactly the same as they did in my memory of how things looked two decades prior. And the broader cultural attitudes haven’t changed as much as they need to either. There is still racism in the air. There are still comments about “those Indians” and “their problems” floating around in cultural discourse. My kids have still encountered racism at school along the way. Not very often, to be sure, but even once is too often. As a culture, we still have a long ways to go when it comes to how we live with, understand, and honour our indigenous neighbours.

As I was rounding one of the last corners before heading up the hill and back off the reserve, something about those same little houses that dotted the harsh prairie landscape stood out to me in a new way. There were very few fences. I suppose the need for fences decreases when the houses are miles apart. But still. Where were the fences? How do you have a community without fences? How do you know where “yours” ends and “theirs” begins? The irony struck me as rather rich. Here our indigenous neighbours are, “fenced in” on their reserve, this chunk of land that is the result of old treaties and negotiations, the end product of so many promises made (and broken) by so many people who were convinced that they knew what to do with “the Indians.” But inside the fence, there are few fences.

Is it too much of a stretch to see the relative absence of fences as symbolic of the collision of narratives that has been taking place for centuries? One narrative sees the land as something to be cultivated, subdued, even exploited. Order wrested from unruly chaos and all that. And another that seen the land as a mother, and has taken what she gives, even in the harshest of contexts. One that needs fences, one that doesn’t. I suppose like all simplistic explanations, this one, too, should be treated with a healthy dose of skepticism. There are always exceptions, and very rarely a single explanation for any complex reality.

But still.  I am wondering about the fences…

From: Culture, Indigenous Issues, Random Musings, Travel
← You Don’t Know What It’s Like
The Resurrection of Jesus (Gil Dueck) →
No comments yet