Kings of Our Own 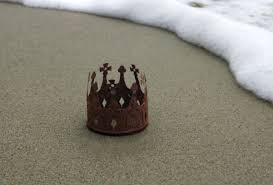 For the last few days, I’ve been sifting through the mental notes and impressions collected during my time spent last week at the final event of the Truth and Reconciliation Commission in Ottawa and the NAIITS (North American Indigenous Institute of Theological Studies) 2015 Symposium near Chicago. In many ways, I have been feeling that there’s not much to say beyond what I’ve said in previous posts about previous trips with similar themes. Or, at any rate, that I’m unable to put newer or better words to the ones I’ve already come up with. The pain and injustice of Canada’s history of Indian residential schools has been well documented, after all. Is there any point in adding to the noise?  Are there new insights to be gleaned or windows through which to see these matters?

These questions were on my mind as I stumbled groggily into church this past Sunday, having only arrived home from Chicago a few hours earlier.  I found myself reading the OT Scripture during our worship service. I don’t often do the  public readings of Scripture during worship, so this was a rare treat. The reading was from 1 Samuel 8 and contains a long conversation between God the prophet Samuel. The people of Israel have demanded a king “like all the other nations.” Samuel is distraught, feeling that their rejection of his leadership is a judgment upon his family and his dissolute sons (which it more or less is). But God sees things differently. In one of the most tragically memorable lines in all of Scripture, God speaks these words to Samuel:

Israel’s desire for political rulers and institutions like the other nations is thus framed as a rejection of God himself.

God proceeds to tell Samuel to warn his people of what is to come if they get their (earthly) king.

We might summarize it like this: Israel’s rejection of God will lead to people being objectified and commodified, their land being appropriated and put to the ends of another, and the people themselves ultimately being enslaved to the whims of a militaristic empire.

And this is, of course, precisely what happened throughout Israel’s history.

I wonder if we might make the following additional connection. If Israel’s desire for a human king represents the rejection of God as king, then their hunger after human leadership could be reframed as a form of idolatry. And if, as Psalm 115 reminds us, human beings inevitably come to resemble the objects of their worship, then Israel’s desire for militaristic political rulers will lead to them coming to resemble these things themselves. In other words, they, too, will come to see people as products to consume and enslave, and to see the purpose of land as the servicing of empire.

What was true for ancient Israel is and has been true throughout human history. This is pretty much exactly what happened with the whole missionary/colonial enterprise looked and felt like for those on the wrong side of the ledger, including Canada’s indigenous people. They were commodified and assimilated; their land and its resources were taken over by the powerful. They became pawns to be thrown around and partitioned off by “the king.”  They are and have been well acquainted with people taking and taking and taking some more.

Things go very badly, it seems, when human beings want “kings of their own.” Before long, they are slaves to their own pitiful masters—slaves who begin inexorably to enslave others in imitation of the ones they have chosen to worship instead of their true king.

There is much that is said in public discourse about “equality” and “tolerance” and “justice” when it comes to how to move toward justice and reconciliation with those familiar with long years of abuse. This is all good and vitally necessary when it comes to redressing wrongs and moving toward being able to live peaceably with one another.

But I wonder if we might also back up even further, or dig down a little deeper, and ponder the foundational questions that are at the root of every social problem, every institutional evil, every historical injustice.

Which king do we want? What will we become like?