The Afternoon I Prayed For Everyone 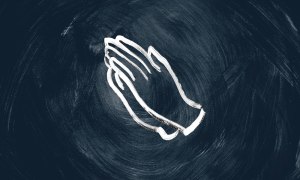 First of all, then, I urge that supplications, prayers, intercessions, and thanksgivings be made for everyone… 1 Timothy 2:1

So begins one of the lectionary readings for the week—the reading, it so happens, that I am to preach on this Sunday. Pray for everyone. Um, okay. What shall I do once I’ve finished praying for “everyone?” Get cracking on world peace? The universality of the command seemed laughably absurd to me as I read it this afternoon. Who on earth could pray for everyone?  And, come to think of it, who would want to?

But then a thought occurred to me. What if, rather than puzzling over rational abstractions about prayer or agonizing about how I might explain prayer in a sermon, I tried, oh, I don’t know, praying? It was an idea just crazy enough to have merit. At the very least, it would give me something to do while avoiding my sermon.

So I decided I would try. To pray. For everyone.

I closed my laptop and turned off my phone. I tidied up my desk a bit, pushing aside the omnipresent mountain of books and papers that clutter my desk (I’ve heard rumours that one way to de-clutter your mind is to de-clutter your physical space). I even decided that I would light a candle. This seemed like the sort of thing that a very spiritual person who was very serious about prayer would do. And if I was going to pray for everyone, I was going to have to be very spiritual and very serious. It took me five minutes to find a candle and another five to find some matches, but eventually I was ready to go.

I closed my eyes, and began to pray for people. Initially, it felt a little silly. I was essentially rattling through a mental rolodex of people in my life, checking them off my prayer list, barely even slowing down long enough to think seriously about what might be going on in their lives. It felt more than a little mechanical and not very spiritual or serious. Also, my candle was beginning to pathetically flicker and wane. The metaphor seemed obvious and not terribly inspiring. But I was committed, by this point, and not to be deterred by a metaphor, however ominous. So I kept praying.

I prayed for as many people as I could think of, from those closest to me to those on the outer reaches of the circles of my awareness.

I prayed for my wife and my kids and my parents and siblings and for nieces and nephews and grandparents and extended family.

I prayed for friends and friends’ kids and people in church and people in the hospital and pastoral colleagues navigating familiar terrain.

I prayed for people I had encountered online, people who had taken time to write to me, people I had never actually met but who had entered my orbit through a kind word or a gentle reproach.

I prayed for people in need, people whose paths I have crossed, however briefly, over the years, people walking far harder roads than my own.

I prayed for refugees and indigenous neighbours and adopted kids and the many lonely, rejected, and forgotten souls I have encountered over the years.

I prayed for those whose faith is both an inspiration and a shining example to emulate. I prayed for people who know far too little of love and for we who are far too stingy with extending it.

I prayed for my future self, hoping that by the grace of God I might yet become more than I have been thus far.

And a funny thing happened as I was praying for everyone. I began to notice that it felt less mechanical and more natural. It became something like a source of genuine joy. People would come to mind and I would visualize them, see their faces, recall a meal, a hug, an agonized conversation over coffee, a letter, an online exchange, a tear, a shoulder, a riotous good time.

I would think about how good it was that they were a part of my life and that I was a part of theirs.

I didn’t ask for a lot of things on the afternoon I prayed for everyone. I didn’t really have time. Mostly, I was just reminded of the simple yet profound gift of living life intertwined with other lives. Not long after I started to pray for everyone, it turned out that I was mostly just glad to have an everyone to pray for at all.

From: Community, Pastoral Ministry, Prayer
← Canadian Values
What Do You Have to Say About Hope? →
6 Comments Post a comment