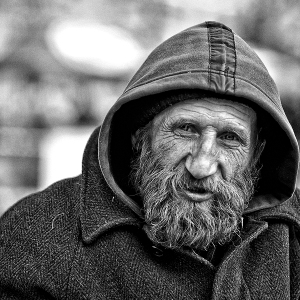 There’s a marvelous scene in Will Ferguson’s novel The Shoe on the Roof where Thomas Rosanoff, a medical student is having a discussion with his Catholic friend Frances about faith and reason and science and God, about what human beings can know and how they can know it. They are discussing a time when a patient’s shoe inexplicably (miraculously?) appeared on the roof of the hospital. Frances demands a rational explanation:

“How do you explain the shoe on the roof, then?”

“I don’t have to. It’s what we call an ‘anomalous experience.’”

I love the way Frances puts it. All the important and meaningful stuff we do as human beings is anomalous. When it comes to love and longing and meaning and hope and redemption and purpose, science falls silent. All the stuff that matters most to us and lends dignity and wonder and pathos to human experience takes us beyond what can be measured and dissected, probed and proved. It sends us to straight to the decidedly unempirical realms of ethics and metaphysics and—dare we say it?—theology. Most of us know this, intuitively. Yet it is a conclusion that we seem determined to flee at every turn.

One of the peculiar contradictions (or contradictory peculiarities?) of our particular cultural moment is that we often exert tremendous intellectual energy to understand and describe our humanity as thoroughly unexceptional and at the same time—indeed, in the very act of expending said intellectual energy—marvelously demonstrating how utterly unique we are within the natural order of things. We are, so we say, nothing more than one species among many, our behaviours reducible to little more than animalistic desires and drives to pass along genetic material. We are, so we think, a long, long way from the pinnacle of creation, much less image-bearers of God. Such hubris offends us in countless ways, and we are pleased to congratulate ourselves on being rid of it. And yet, we betray our own assumptions and ideologies in the very act of articulating them. We can never escape the language of morality and metaphysics.

Marilynne Robinson puts it like this in a 2016 lecture delivered at the University of Lund, Sweden, and published in her collection of essays What Are We Doing Here?:

There is a persistent tendency in modern thought to deny the anomalous character of the human presence in the world… We are never more unique than in our long struggle to deny our exceptionalism.

Robinson talks about how it is fashionable to describe human behaviours and aspirations as reducible to brain states—to imagine that in looking at which parts of the brain light up when human beings or doing this or that thing, we have explained human beings and their behaviours without remainder. Such views, she says,

challenge the moral self, that old wanderer through the trials and temptations of earthly life… Yet we all experience the reality of moral choice continuously. A theology for our time would acknowledge this reality along with the entire complex of subjective experience—love, generosity, regret, and all their interactions—without a diminishing translation into veiled self-interest. It could create a conceptual space large enough to accommodate human dignity.

I spent yesterday morning at the local jail. It was another ninety minutes full of hard stories. Really hard stories. Guys who had lost everything—money, jobs, spouses, houses, kids, and who had often been reduced to lonely shells of their former selves. They were stories full of careless violence and crushing addictions that had spiralled out of control, inflicting incalculable damage on those closest to them.

I thought about these stories when I read Robinson’s essay today. I thought, yes it would be possible to tell a scientific story about them. You could, theoretically, have a fMRI hooked up to the brain of so-and-so and say, “Ah, you see, when you were off snorting cocaine with hookers while your girlfriend and kids were home alone, this is because your amygdala was activating in such-and-such ways and while you were waving a gun in the face of your main rival in the drug trade it was because your prefrontal cortex was exhibiting electrical impulses x and y and while you were stealing from your friend so that you could feed your addiction for one more day it is likely in response to this or that component of your DNA interacting with this or that negative social determinant.

I thought about what the guys sitting around the circle in the jail would say if presented with such an “explanation” for their behaviour. They might scratch their heads, probably chuckle a little. Then they’d say something like, “Nah, man, I just f***ked it all up.” Which is, in fact, what most of them do say. They “experience the reality of moral choice continuously,” to borrow Robinson’s terminology. It’s the way they understand even their most horrific behaviour. They know they could have done otherwise. If they don’t believe this, they know there’s no hope for them.

These guys know very well that they have all kinds of animalistic drives and subterranean motives for doing the things that they do, but they also believe that better roads are possible. They believe in words like “redemption” and “reconciliation” and “recovery” and “hope.” They can’t live without these possibilities. They know, on some level at least, that this is when the story gets interesting. They have, you could say, a “conceptual space large enough to accommodate human dignity.”

At the end of it all, I could imagine them saying something like, “The scientific story is interesting and all, but I’ll take the old wanderer through the moral landscape. Even if he stumbles quite a bit along the way.”