There Are No Ugly Questions 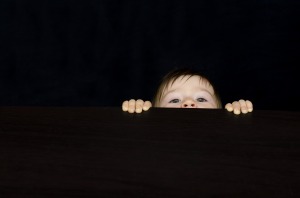 I did a strange thing the other day. I had been asked to be a part of a collaborative online project whose hoped-for scope would be relatively broad. It was an offer that, were it made ten, five, or maybe even two years ago, I might have leapt at without the slightest hesitation. But these are unusual times. Instead of enthusiastically agreeing to participate, I said something like this:

I’m unsure what the appetite is out there for a white, straight, forty-something year old guy’s voice. My sense is that there are few demographics that people are less interested in hearing from these days than the ones I happen to occupy. Are there perhaps other voices that could be amplified?

I’ve been wondering since I sent that message why it felt (and feels still) so strange to me. It’s not because my words were disingenuous. I am fully aware that people like me have historically tended to occupy positions of privilege and power. There is no shortage of white, male, straight Christian voices out there in the world and these voices have too often not left room for others. Indeed, these voices have too often actively suppressed other perspectives and prevented them from seeing the light of day. No, it’s not that I don’t think there is a time and a place for people like me to take a step back, to stop talking, to listen, to learn. And that that time and place might well be here and now.

I suspect that the discomfort I experienced with my response is at least in part due to the way that I am now instinctively thinking of myself and others less in terms of the ideas that we have or the character which informs them than I am with the categories of identity that we occupy. My first response to the offer was not, “Oh, I might be good (or bad) at that” or “I might have x or y to offer to the conversation” or “I can think of person A or B whose skill set and giftings might be more suited to the task.” It was, “I occupy the wrong categories of race, gender, sexuality, and religion.” This instinct might be a necessary and temporary corrective at this historical moment. God knows enough people who have historically occupied the “wrong” categories would have loved the “luxury” of not being reduced to these inflexible markers of identity. I suppose time will tell. But it certainly feels strange.

The title of this post comes from a fascinating passage in John Steinbeck’s East of Eden that I read this morning. As I mentioned in my previous post, I have decided that COVID-time is as good a time as any to chip away at my “books I should have read by this stage of my life” file. I picked this one up for five bucks at a thrift store a while ago and I’m very glad that I did. Steinbeck’s classic tells the story of Samuel Hamilton and Adam Trask, two men and two families who in a sense re-enact the story of creation and fall.

At one point, Trask sends his Chinese servant Lee to summon Hamilton for some irrigation advice. On the journey back, Hamilton discovers that Lee was born and raised in America, yet he still speaks in a truncated, caricatured pidgin. Why, Hamilton asks? Surely you should be able to speak better English if you were born here! An interesting conversation ensues:

“Well, I guess you have your reasons. And it’s not my affair. I hope you’ll forgive me if I don’t believe it, Lee.”

Lee looked at him and the brown eyes under their rounded upper lids seemed to open and deepen until they weren’t foreign any more, but man’s eyes, warm with understanding. Lee chuckled. “It’s more than a convenience,” he said. “It’s even more than self-protection. Mostly we have to use it to be understood at all.”

Samuel showed no sign of having observed any change. “I can understand the first two,” he said thoughtfully, “but the third escapes me.”

Lee said, “I know it’s hard to believe, but it has happened so often to me and to my friends that we take it for granted. If I should go up to a lady or a gentleman, for instance, and speak as I am doing now, I wouldn’t be understood.
“Why not?”

“Pidgin they expect and pidgin they’ll listen to. But English from me they don’t listen to, and so they don’t understand it.”

“Can that be possible? How do I understand you?”

“That’s why I’m talking to you. You are one of the rare people who can separate your observation from your preconception. You see what is, where most people see what they expect.”

The conversation continues with Hamilton honestly and curiously inquiring about Lee’s experience of the world, about how he navigates the fraught world of white expectation. In the end, he asks Lee why he’s content being a servant. But he immediately backpedals, sensing that he may have crossed a boundary:

“Do you resent the question?”

“Not from you. There are no ugly questions except those clothed in condescension.”

Perhaps this, in the end, goes some of the way in explaining my discomfort with how I responded above. When we think instinctively and exclusively in terms of identity markers, we miss out on so much. To most people, Lee was nothing more than his race. He was a dumb Chinese servant who could hardly spit out a few intelligible English words. They didn’t have the openness and receptivity necessary to appreciate the beauty, intelligence, and complexity of his unique individuality. They had their categories, their expectations of what those categories were supposed to say and do, and how they were supposed to say and do them. And—surprise!—their assumptions were reliably validated. They saw what they expected to see.

I don’t think we’re much different today. We have our categories and our expectations. We know what people from category x are supposed to say and do and think. It doesn’t matter the category. Indigenous, gay, black, brown, conservative, liberal, Muslim, atheist, poor, rich. White, straight, middle aged, male, Christian. If we know your identity, we think we know what you’re going to say (or are supposed to say). And we don’t particularly appreciate it when you depart from the script. Yet, my suspicion is that few of us actually appreciate being reduced to these markers of identity. Most of us would want to say something like, “Well, yes, these are part of who I am, but they don’t tell my whole story. There’s something unique and important and interesting about just being me.”

Our cultural moment is indeed a strange one. We are not nearly curious enough to ask questions that might stretch or complexify our increasingly rigid categories. And the few questions we do ask across identity boundaries are often drenched in condescension. Which guarantees that we will never learn much about our neighbour’s actual experience and perspective. Come to think of it, it guarantees that we probably won’t learn much about ourselves, either.