Something about Forests and Trees… 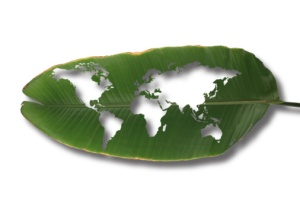 Well, this really is a head-scratcher for me. This morning I came across this truly baffling article in the New York Times. Leaders of several conservative Christian groups have apparently drafted a letter with the expressed purpose of attempting to dissuade the Washington policy director of the American Association of Evangelicals, Rev. Richard Cizik, to stop speaking on the problem of global warming. The following rationale is provided:

“We have observed,” the letter says, “that Cizik and others are using the global warming controversy to shift the emphasis away from the great moral issues of our time.” Those issues, the signers say, are a need to campaign against abortion and same-sex marriage and to promote “the teaching of sexual abstinence and morality to our children.”

Sometimes, as a non-American with a fairly rudimentary understanding of the dynamics between politics and religion south of the border, it’s easy to think that there once existed these quasi-fictitious creatures called “fundamentalists” who were endlessly obsessed with abortion and homosexuality, and believed that the world had to reach a kind of critical point of apocalyptic destitution before God would return to burn it up and vindicate them. This group seems to have existed at some point in the mid-20th century, but are now largely a memory of the past, useful for little more than discussing historical peculiarities and providing foils for more sound theological arguments…

I wonder, if global warming is not considered to be a moral issue by these Christian leaders, what kind of an issue would they consider it to be? I certainly don’t consider myself to be well-informed enough about the science of climate change to launch into technical discussion about precisely what will happen if we don’t start to address global warming. For me, the first question is always “why?” Why ought we to care about the environment?

For most secular environmental types, I suspect, the answer to that question reduces to some form of utilitarianism grounded in, at some level at least, self-preservation. As Christians, however, I would think that we have, and have always had, our own fairly important reason to treat care for the earth as a moral issue. As the image-bearers of a creative God who commanded us to be his regents over creation, it would seem to me that irrespective of whether or not the current excitement over climate change is warranted (i.e., whether or not we really are damaging the environment through our over-consumption and rapacious behaviour), we ought to treat the world God has made and entrusted to us with utmost care and attention. Simply put, caring for the world and promoting shalom is what we were made to do, and it’s how we most faithfully image our maker. Displaying a cavalier and reckless attitude to something that God pronounced good, and will one day fully redeem, seems to be, among other things, an immoral thing to do.

That’s why I find it so astonishing that these evangelical leaders in America are, with a straight face, arguing that Cizik should stop speaking out on global warming. Aside from the fact that it might be useful, even necessary, for the evangelical movement’s attention to be diverted for a time in order to provide a corrective against the misdirected overemphases of the past century and perhaps work toward rehabilitating their public perception, the kind of thinking represented by these leaders simply demonstrates a woefully inadequate theology on so many levels. It reinforces a dualistic way of thinking about the world, where physical stuff isn’t really important and all that really matters is human souls; it makes it extremely difficult to understand why God went to the trouble of creating a world at all; it doesn’t take important parts of the Bible seriously (Gen 2:15, for example); and, perhaps ironically, it isn’t even logically consistent with respect to its own implicit eschatology. If the world has to get sufficiently bad before Jesus will come back, and this justifies a lack of concern for the environment, then we shouldn’t really care about abortion or homosexuality either. Why not let the world get as morally corrupt as possible? It’s just one (necessary) step closer to glory!

I’m not for one moment suggesting that the moral issues these Christian leaders get so exercised about are not important. But it seems to me that this is, at the very least, a case where we’re not dealing with two mutually incompatible things. Unless I’m missing something obvious, it is possible to show moral concern both for the world, and for the people who are called to care for it.

From: Current Events, Politics, Theology
← The Possibility of Disinterested Love
What He Said →
15 Comments Post a comment