Darkness and Light, Truth and Love 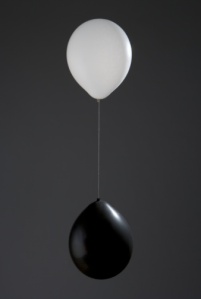 I have spent a good chunk of this week reading. About controversial topics. Online. This is a very dangerous and probably not very bright thing to do. I am not naïve enough to think that there was once an idyllic time where people consistently and patiently reasoned calmly with one another about issues of deep import, but I also know that while the internet has certainly made human discourse possible on a much broader level that at any other point in human history, it has almost certainly not improved the quality of said discourse. Pick your issue and you will almost certainly find that you can quite literally drown in information and opinions, much of it mean-spirited, polarizing, intemperate, and simplistic.

I find this frustrating—very frustrating. I don’t like feeling like I am always being sold something or that I am somehow being manipulated. I don’t like the ease with which we tend to embrace unambiguous narratives of darkness and light. I don’t like how the voicing of any reservations with the prevailing orthodoxy on either side of an issue seems to instantly lead to being placed in a box from which there is no escape.

Again, pick your issue. Right now, the Canadian media is dominated by commentary on the “Idle No More” movement which is seeking to raise the profile of the plight of Canada’s Indigenous population and to seek a more just and equitable future for all involved. Chief Theresa Spence of the Attawapiskat First Nation in Northern Ontario has been on a hunger strike since December 11 in an attempt to secure a meeting with Canadian PM Stephen Harper about treaty promises and legislation. Not surprisingly, opinions in Canada are very divided on the legitimacy of Chief Spence’s protest and of the Idle No More movement in general.

But of course, the issue is very complex on a number of levels. The Canadian government clearly could be doing more and answering for the living conditions on First Nations reserves across the country. Equally clearly, there is corruption and mismanagement from leadership within these communities as well. Clearly, Canada’s historical “relationship” with its First Nations is enormously troubling and the government has much to apologize for and work to redress. Equally clearly, First Nations communities have a responsibility (and a desire!) to be the architects of their own way forward. Behind each of these statements lies a whole host of thorny historical, ethical, and political questions that take time and effort to even begin to understand. It’s complicated.

But, again, in so much of the reporting and commentary on this issue, the issues are black and white. One side is right and the other is wrong. In certain circles, if someone expresses even a hint of support for the government’s policies, they are anti-First Nations or closet-colonialists or racist or whatever. And, in other circles, an expression of affirmation for any part of the Idle No More movement is tantamount to affirming a “welfare state” or being anti-capitalist or “un-Canadian” or whatever. Darkness and light. You’re either for us or against us. Right or wrong. Our team or theirs. Plant your flag in the ground and pick your side.

The same thing happens no matter what the issue—environmentalism, gay rights, pacifism, gun control, you name it. And of course, this phenomenon is just as prominent in the church. The atonement, pluralism, the scope of salvation, the question of hell, the nature of the sacraments. Pick your side and God help you if you say anything that might possibly be construed as supporting the other! We don’t do nuance on the Internet. We don’t do complexity or patience or measured responses. We certainly don’t do “I would like to leave the door open for now while I learn more about this!” There’s no time for that. And so, we pick our sides and then we bolster, defend, attack, construe the other side in the worst possible light and ourselves in the best. Darkness and light.

In Ephesians 4, Paul urges the church in Ephesus to “speak the truth in love” (4:15). It is a passage that has frequently been used (and abused!) to provide justification for telling people what we think about them (usually something negative) and then spiritualizing this is as somehow the “loving” thing to do. But it seems clear to me that there is an important connection that Paul wants us to make between love, truth, and maturity.

Perhaps among the lessons to be learned from observing and participating in online conversation about controversial topics is that we have some growing up to do.

From: Church, Culture, Current Events, Ethics, Politics, Technology/Digital Culture, Tolerance
← On Suffering Fools
“Our Relationships Have to Be Built on Respect” →
6 Comments Post a comment