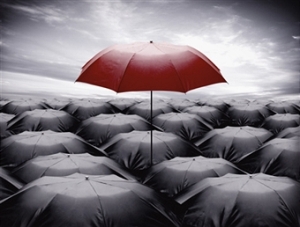 Today I came across an interesting article on “suffering fools” written last week by David Brooks in the New York Times. The article is about if or how we relate to those who are “beneath” us, whether in intelligence, skill, social status or whatever. Brooks traces the origins of the term “suffering fools gladly” to William Tyndale’s 1534 translation of the Bible. In Tyndale’s translation of Paul’s correspondence with the Corinthians, Paul criticizes the Corinthian believers for being too gullible, for embracing erroneous teaching too easily—for “suffering fools gladly” while seeing themselves as wise.

This phrase, initially meant to be a rebuke, has undergone a curious evolution. Today, it is often taken as a kind of strange praise:

Today, the phrase is often used as an ambiguous compliment. It suggests that a person is so smart he has trouble tolerating people who are far below his own high standards. It is used to describe a person who is so passionately committed to a vital cause that he doesn’t have time for social niceties toward those idiots who stand in its way. It is used to suggest a level of social courage; a person who has the guts to tell idiots what he really thinks.

Brooks goes on to say that while this “not suffering fools gladly” might sound good or at least forgivable in theory (it’s the price of greatness, after all), it’s actually pretty ugly in practice. He cites the example of watching a politician belittle and humiliate an underling in public for an understandable mistake. I’m sure we could all supply our own examples. We’ve all seen someone who has power, influence, and status (and knows that they do!) embarrass someone for an innocent question or a simple oversight. We’ve all seen someone who, whether in word, deed, or both, has quite clearly communicated something like, “I don’t have the time to put up with all of these stupid people! They slow me down, they get in the way, they divert me from the many more important things that I could and ought to be doing right now!” As Brooks says, not pretty.

Over at Sightings, a forum on the website of the University of Chicago Divinity School, Martin Marty muses about one of the exceptions to this behaviour highlighted by Brooks in his article. Clergy. Along with some teachers, and even (gasp!) a few politicians, clergy are singled out by Brooks for suffering fools gladly—at least more gladly than is the norm. At first, I was pretty pleased when I read this. I was almost tempted to even pat myself on the back for belonging to this magnanimous category of “glad fool-sufferers.” Until I gave it about a moment’s thought.

Because of course, we can all think of pastors or religious leaders who behave in precisely the manner Brooks laments in his article. Too busy, too important, too famous, too whatever. Don’t have time for the guy with the mental illness who is calling for the third time this week, don’t have time for woman with the completely irrational list of “suggestions” for how to make the church better, don’t have time for the kids who make a mess of the place and make too much noise, don’t have time to respond to that obviously misinformed email/phone call, don’t have time to listen to so-and-so complain about their medication or talk about their dog or complain about the music or offer “suggestions” for the sermon or ____. At our best, perhaps clergy “suffer fools” better than others. But, like others, “our best” doesn’t come around as often as it should.

And what about this category of “fools” anyway? In comparison to what? “Normal” people? “Competent,” “smart,” “powerful,” “put-together” people? As if we aren’t all fools, in some sense—perhaps clergy, more than anyone! As if we aren’t all naked and poor and broken. As if we are not all, at times, insecure and lonely and tired and jaded and fragile and ignorant and afraid.

Maybe some of us get better at hiding our foolishness than others. Maybe some of us even get to a place where we manage to convince ourselves that we are not fools at all—that we really are a cut above all of those pitiable creatures who aren’t blessed like we are. But I think that deep down in our heart of hearts, we know that we are not so very different from the “fools” we have such a hard time “suffering.” Indeed, perhaps our inability to acknowledge our common humanity—our unwillingness to suffer fools gladly—is itself a sign of how very foolish and shortsighted we really are.

Last week, I discovered a book by Frederick Buechner that I had not yet read. It was a happy day. This morning, I came across these words in Telling the Truth:

And finally the Gospel itself as comedy… the coming together of God in his unending greatness and glory and man in his unending littleness, prepared for the worst but rarely for the best, prepared for the possible but rarely for the impossible. The good news breaks into the world where the news has been bad for so long that when it is good nobody hears it much except for a few. And who are the few that hear it? They are the ones who labor and are heavy-laden like everybody else but who, unlike everyone else, know that they labor and are heavy-laden. They are the last people you might expect to hear it, themselves the bad jokes and stooges and scarecrows of the world, the tax-collectors and whores and misfits. They are the poor people, the broken people, the ones who in terms of the world’s wisdom are children and madmen and fools…. Rich or poor, successes or failures as the world counts it, they are the ones who are willing to believe in miracles because they know that it will take a miracle to fill the empty place inside them where grace and peace belong with grace and peace.

Perhaps the best reason for “suffering fools gladly” is simply because we need them. This is the searing insight so beautifully expressed in Dostoevsky’s The Idiot. Come to think of it, it’s a pretty central component of the gospel itself. We need the “fools,” the “idiots” to show us the way to the God who became a fool for the sake of the world he so dearly loves.