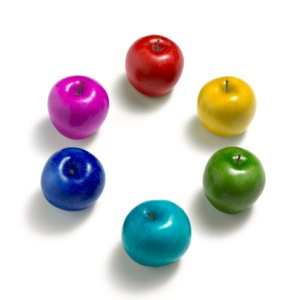 It’s Monday morning, the kids are back in school, my Christmas flu finally seems to have released me from its miserable grip. A New Year has begun, and life is back to normal. A couple of miscellaneous topics and ideas for a Monday morning, then. These have very little to do with one another other than that they have been collecting dust either in my brain or in my “drafts” folder over the past little while. If this comes across as a rambling mess, or a series of incoherent rants, well, I blame on the accumulation of weeks worth of flu medication which has undoubtedly scrambled my brain.

I was more than a little surprised, while watching the Seahawks and the Redskins (I can’t believe they still get away with this nickname!) playoff game last night, to see an advertisement calling Catholics (and others) to “come home.” Apparently, there is now a website/organization called “Catholics Come Home” devoted to appealing to lapsed Catholics, non-Catholics, confused Catholics, angry Catholics or anyone else out there who might be open to returning to the church. This group must be well-heeled indeed to afford advertising during an NFL playoff game! The Mormons have done this, too, I think. It’s an interesting idea—advertising for religion on public TV. Is this damage control? Re-branding? The message certainly seemed to be something like, “Come back… please. We’re not as bad as you think. It’s not about rules, but love. Really.” I’m curious to hear about how this works. Who knows? Perhaps Seahawks fans will be looking for somewhere ultimate to direct their exultant praise… And Redskins fans will undoubtedly be seeking consolation (or a miracle for RG III’s knee!). Regardless, all are welcomed home. Just click on the appropriate door on the web site’s home page and come on in!

I don’t think the Mennonites will be doing this anytime soon. We just don’t have it in us to sell ourselves. We’re too busy self-flagellating and feeling guilty. And even if we wanted to, we wouldn’t have the money.

(And even if we had the money, we would be too frugal to part with it.)

This one has been irritating me ever since I first read it before Christmas. It’s a “debate” or a conversation between an atheist and a vicar in the UK over the meaning of Christmas. At least, this is what it claims to be. What it really is, is a depressing demonstration of just how ignorant, theologically sloppy and careless popular religious discourse has become and is becoming in post-Christendom. Here are a few gems pulled out of what truly is an abysmally confused dialogue:

PT [atheist]: You always find very weird stuff. “Lo! He abhors not the virgin’s womb!” That’s all about Christian disgust. Why does she have to be a virgin? Because women are disgusting. Sex is disgusting.

Christian disgust? Women and sex are disgusting? This is what Christians believe? All of them? I wonder if there might be other views out there about how Christians understand women and sex? I wonder if there are other ways to look at the virgin birth? I wonder what Jesus’ words and actions had to say about the value of women? But let’s not bother with nuance or research or anything like that. Let’s just trade in convenient and insulting assumptions. Far easier to attack a pre-adolescent version of Christianity than something like the real thing. Nobody will know the difference anyway.

PT [atheist]: A birth in midwinter is a really good idea, and the nativity is a lovely story. You don’t think it’s literally true?

GF [vicar]: Of course I don’t, but what I’m more interested in is the truth in the story. All that stuff about hope and birth and the idea that through birth you might see something bigger.

PT [atheist]: [I]t seems to me a shame to look for a supernatural prop. I would rather people looked at things as they are. Many congregations do terrific work, but I just don’t see what God’s got to do with it. I wish churches would become atheistical but keep their community function.

Well, of course. Why didn’t we think of that?! We should just look at things as they are like atheists do. Remove all of our fuzzy fairytale glasses and just look at reality as it is. Of course! And once we do this, we will realize that all of this “God” business was just getting in the way of our community function. It had nothing to do with actually motivating or legitimating or inspiring our acts of service to our neighbours. It has nothing to do with grounding the worth of every human being, no role to play in the genesis of our convictions about human dignity or justice. If only we had looked at things as they are a bit earlier in human history. Think of all the misery and unnecessary fantasy that could have been avoided if people would have simply looked at things as they are.

Oh, and in other news, the hockey millionaires and billionaires have apparently finally agreed upon how to divvy up the bounty. The NHL lockout is over, and we can soon expect to see overpaid, spoiled adolescents skating and shooting for their even richer employers at a rink or on a screen near us. The wall to wall media coverage up here in Canada about the end of the lockout is nothing short of, well, nauseating. It’s almost as if Jesus himself had returned bringing salvation for our weary souls. But no, it’s just hockey. Close enough, for many of us, I guess. I like hockey and have played it for my whole life, but I’m finding it difficult to muster more than a yawn in response to this “news.”

I would love to see NHL games for the rest of the year be greeted by empty, silent arenas. Let the owners and the players keep playing by themselves for a while. Remind them of where their billions come from. But that won’t happen, of course. There will be endless platitudes mouthed about how important the fans are, how the NHL has the “best fans in the world,” etc, etc, and we will all come gratefully flooding back to our millionaire heroes. We will buy their jerseys and fill their arenas and subscribe to their overpriced TV packages. It will be business as usual in the world of sports and entertainment idolatry.