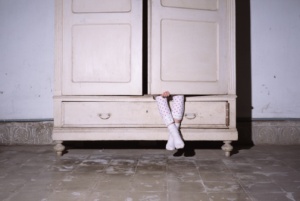 I spent this past Saturday in a comfortable church basement in Calgary where a day of workshops and presentations had been organized around the theme of “Loving our Neighbours.” I and a friend were in charge of one track of workshops geared toward raising awareness about First Nations issues and the Truth and Reconciliation Commission of Canada which will be concluding its work next March in Edmonton, AB.

The first two workshops of the day were fairly predictable. We talked about Canada’s historical treatment of aboriginal people, we looked at what the Bible had to say about loving our neighbours, we talked about some of our experiences, we examined the ways in which our privilege often served as a barrier to true understanding and action. It was all fine and good.

But the last session of the day was different. We had invited a woman named Yvonne Johnson to come and share her story with us. Johnson is the subject and co-author (with Rudy Wiebe) of a 1998 book called Stolen Life: The Journey of a Cree Woman. And what a life. What a journey. I was in the midst of reading the book, so her story didn’t completely catch me off guard, but… Christ have mercy. The violence, the abuse of any and every kind, the racist, dehumanizing treatment, the grinding poverty, the systematic erosion and starvation of hope and goodness, the damnable injustice. The pain and the sadness. Christ have mercy.

I’m not quite sure what I was expecting on Saturday. A woman whose story was “in the past,” at a safe distance from the present where it could shock and unsettle me, a person whose life has been lived at a comfortable distance from such stories? Was I expecting a calm, measured reflection on lessons learned, hope discovered, corners turned? Was I expecting a nice, clean narrative with the customary redemptive turn, rather than the fragmentary, pain-soaked meandering trail full of isolated, barely connected incidents of trauma and abuse? Was I waiting for the light that I am so well conditioned to demand and expect to follow the darkness in “stories like this?”

On the drive home, I felt pangs of guilt or unease or discomfort or something. I hope we didn’t use this dear woman for our own ends on Saturday. Was she just a prop in another story told and controlled by white people? We spent two sessions talking about First Nations people and then, for the third session—voila!—we had a real live one in the room! Did we treat her like an exotic creature in a zoo, gaping and staring and oohing and aahhing? Did we treat her story like a strange and curious artifact for us to inspect and examine and commodify before moving on?

Jesus, I hope not.

I hope Yvonne Johnson felt honoured and respected and truly heard. I hope something about what happened on Saturday afternoon communicated value and genuine friendship and hospitality to her. I hope she somehow felt that we hurt with and for her—for the awful things she has had to go through even if we can barely put words to what this might mean. I hope that she experienced acceptance, support, and love, however confusedly and haltingly these gifts may have been offered. I hope this will not be the last we hear from each other.

This morning’s reading from the Psalms in the prayerbook I use came from Psalm 72:12-14:

For he shall save the poor when they cry
and the needy who are helpless.
He will have pity on the weak
and save the lives of the poor.
From oppression he will rescue their lives,
to him their blood is dear.

These words seemed like a cruel, mocking joke as I think about the horrific story we were given a small window into on Saturday afternoon. Today, I want to say, No, he shall not, he will not, he does not. The poor continue to cry out, continue to be oppressed, continue to look in vain for pity! Today, I want to say, God, where the hell were you and are you when stories like this are carving their vicious swaths through the lives of human treasures around the world?! Where is your pity, your rescue, your salvation, when little girls are raped in grade 4, when they are wandering the streets in grade 7, when their bodies, from earliest memory, have always and only belonged to violent, greedy men who use and discard them like pieces of meat?! Today, I want to say to the Psalmist, It’s a wonderful promise and a compelling hope, but I’m afraid it just isn’t true. Not true enough, at any rate. Not yet.

Of all the horrible things I have heard and read about Yvonne Johnson’s story, one moment stands out from Saturday. She was telling the story of her childhood in Butte, MT. She was seven years old, sitting on her front step, watching all the other kids walk by on their way to a school she wasn’t yet able to attend. She was lonely. She called out to the other children, asking if they would come talk to her, if they would be her friend. Their response was pure, mocking rejection. You’re just a dirty Indian!

I looked over at Yvonne’s face, and saw the tears trickle down, mixing and mingling with snot and sadness on a face etched with pain. After all the years of abuse and violence, all the awful, barely believable things this woman had gone through, it was still this story of a little girl, alone on her front step being called names that produced the tears.

There are horrible stories set loose in our world…

From: Ethics, Indigenous Issues, Stories on the Way, The Problem of Evil
← Jesus Lived For Your Sins
Thursday Miscellany →
14 Comments Post a comment