One Fine Mess: A Parable of Grace 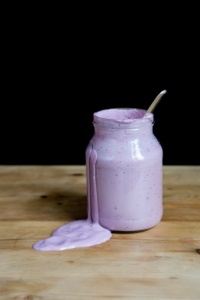 I know a girl who loves to laugh. She has a smile that can light up a room and a kind and compassionate heart that loves to seek out the sad, the lonely, the forgotten. She is also, like many kids her age, a little forgetful, a bit careless at times. Her head has been known to wander up into the clouds, far from the more terrestrial concerns that occupy the minds of her parents and other adults in her life. She doesn’t do many things quickly.  She cheerfully lives life at her own pace.

One of the things she tends to be careless about is her lunch. She eats some of it, and leaves the rest. She eats half of a banana and returns home with the other brown, forlorn looking piece in her lunch container. She leaves wrappers and bags all over her backpack. She repeatedly comes home with unopened yogurt containers—this despite being reminded on numerous occasions that items requiring refrigeration are the first things to be eaten. She doesn’t have the time or the mental space, it seems, for the arbitrary and ephemeral demands of her parents in this area of life.

One morning—a morning just like this one, let’s say—this girl’s father opened up her backpack to begin packing lunches for the day. This was one of his daily tasks: lunch-assembler, sandwich constructor, fruit selector, pudding and yogurt dispenser, vegetable packer. It was not among his favourite tasks, but it was one that he was glad, nonetheless, to perform. Upon reaching his hand into her backpack, the father was greeted by a cool, wet sensation on his fingertips. Bravely, if a little warily, pressing on, he retrieved a slippery, slimy lunch container from the backpack. Evidently yesterday’s yogurt had, a) not been eaten, despite the aforementioned entreaties to that effect; and b) exploded in the backpack. It was, well and truly, one fine mess.

Aside from being a lunch-packer, the father was also a beer-league hockey player, and had returned late the previous night from another foray into the world of middle-aged glory. He was, consequently, overtired, a little sore, and not in the greatest of moods. And this mess? Well, this pushed him over the edge. In a spasm of self-righteous indignation and moral rectitude, he dictatorially summoned the girl to give an account of herself. What on earth had happened?! How many times had he told her? Was it too much to ask—just a few simple rules?! If he had said it once, he had said it a thousand times! He could tell her one thing, she was dealing with this mess, not him! On and on went the wearisome diatribe.

The girl said little. She looked down a lot, patiently enduring the sanctimonious haranguing that seemed to have no end. She quietly cleaned out her lunch container, ate breakfast, and got ready for school. She brought her lunch to school in a bag that day, rather than the usual container that now sat, meekly, penitently, on the counter drying off. A visual reminder of the unseemly events that had transpired that morning.

The girl was back to her cheerful, carefree ways in virtually no time at all. There were friends to greet, classes to attend, tasks to perform. A day full of opportunity beckoned, and the yogurt-spattered fiasco quickly receded into her rearview mirror.

The father, on the other hand, could not help but ponder the morning’s events frequently throughout the day. You see, in addition to being a lunch-packer and a beer-league hockey player, he was a religious man. Indeed, he had invested considerable time and expense in learning the ways of God, and had been entrusted with the task of teaching others these ways. He spoke often of mercy and forgiveness. He frequently enjoined others to press beyond natural responses and instincts, to love in word and deed, to extend and receive grace, in response to the God who deals graciously with his people. He had this familiar, sinking feeling that his reaction that morning had been wildly disproportionate to the crime. He reflected upon the many, many dumb mistakes that he had made in his life, the mistakes the he continued to make. He thought about how eagerly he had seized upon grace when it appeared at such times.

And he couldn’t help but think that he had allowed an opportunity for grace to pass him by. He grimaced at the thought of how many such opportunities he had carelessly spurned in the past. He wondered how many more he would get. He thought to himself, “What if life is nothing more (or less) than a training ground for practicing grace? What if all of life is a stage where we are given the singular opportunity to learn the script of unmerited mercy?” He wondered if he was failing the test.

The girl returned home from school full of sunshine and giggles. The father rushed toward her, the words tumbling out of his mouth: “I’m sorry I made such a big deal out of something so small. I know you didn’t mean to spray yogurt all over your backpack. I shouldn’t have reacted the way I did.” The girl smiled absently. “Ah, that’s ok. I barely even remember it. I think I know what happened, though—I was walking home, looking at the trees, and kinda kicking my backpack with my foot as I walked. I bet that’s when the yogurt exploded… I guess my backpack should be on my back, huh?” The father smiled. “Yeah, I guess so.”

They hugged each other. And grace smiled. Grace always smiles when someone opens the door and allows it to come on in.

From: Conversations with Kids, Discipleship, Fatherhood, Grace, Random Musings, The Lighter Side
← On Choosing to See
Making Straight →
10 Comments Post a comment