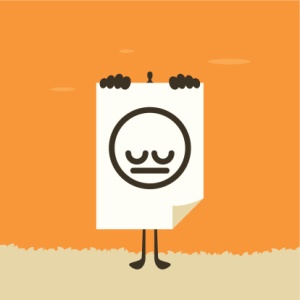 In order to relieve the tedium of trudging aimlessly around the house in a fog of sinus-clogged misery, I spent part of yesterday watching Mitch Miyagawa’s 2012 documentary, “Sorry State.” Miyagawa figures that his family might just be the most apologized-to family in history, at least when it comes to official government apologies. His Japanese father was apologized to by the Canadian government for being shipped off to southern Alberta during World War II. His Chinese step-father was apologized to in 2006 for the head tax in the early twentieth century. And, finally, his Cree step-mother was on the receiving end of PM Stephen Harper’s 2008 apology for government run residential schools. That’s a lot of apologizing.

The person who sent me this documentary figured that I would have a special interest in it due to the makeup of my own family. Within our small family of four, I guess we have two thirds of Miyagawa’s apologies represented. My wife is Japanese Canadian, and her father, as well as other members of her family were on the receiving end of compensation that accompanied the 1988 government apology. My kids are indigenous and, I suppose, the indirect recipients of Stephen Harper’s more recent apology to indigenous Canadians. We are a generation or two removed from the events that led to all of these “I’m sorrys,” to be sure, but it’s interesting nonetheless. What does one make of all these apologies?

It was fascinating to observe what Miyagawa’s family members made of them. His Japanese father and his Chinese step-father seemed to treat them with little more than a shrug of quasi-grateful indifference. A nice gesture. I guess. But that’s all in the past. We’ve moved on. Yes, it was hard. Yes, we lost property, resources, the lives we had built.  No, it was not right. But there’s nothing we can change now. The Japanese phrase uttered by Bob Miyagawa sums up his general response well: Shikata ga nai. It cannot be helped. What’s done is done.

Things were different with Miyagawa’s Cree step-mother. Here, there was still anger and bitterness. Here, the pain was still raw and it made its way quickly to the surface with even a bit of scratching. It’s easy to speculate about the reasons why things would be different with the aboriginal response to these apologies than it was and is with Japanese and Chinese Canadians. While Japanese and Chinese Canadians were obviously the victims of explicit racism and injustice, and while many of them lost much and suffered greatly (my wife’s grandparents were forced to live in a grain bin during their first cold winter on the Canadian prairies), it would seem that only indigenous people experienced the explicit attempt to eradicate language and culture through the fracturing of families and the state-sanctioned indoctrination. And only indigenous people continue to experience the effects of treaties not honoured, promises not kept. But here I am—a white guy speculating on the extent of this or that group’s suffering, and how or why this pain manifests itself in the present. It seems more than a little silly. At best.

One of the central questions behind this entire documentary is, What are all these apologies actually good for? What do they accomplish? Miyagawa seems a bit skeptical, at times. At one point, he says “apologies are more about the one making them than the one receiving them.” I think he’s right. Being associated with official (or unofficial) apologies lends virtue to our organization or cause. There is moral capital to be gained in appearing appropriately contrite. The Canadian government knows this full well. And so do we. This is why we drape our social media selves with affirmations of this or that expression of outrage at the mistreatment of this or that marginalized group.

Part of this is undoubtedly good and appropriate and reflects our genuine concern for victims of injustice and our desire for a future unencumbered by the racism and abuses of the past. But it can be tricky to disentangle our motives when it comes to these things.  It’s not always easy to see where apologizing morphs into self-congratulation. As Miyagawa says, official apologies are about “giving the gift of our shame.” I wonder, sometimes, how much of a gift this really is.

At any rate, it was interesting to consider all of these things in light of one of the scriptures that we heard during worship last Sunday. The OT reading from last week included the famous lines from the prophet Micah that we know so well:

He has told you, O mortal, what is good;
and what does the Lord require of you
but to do justice, and to love kindness,
and to walk humbly with your God?

The appeal of this passage is undoubtedly due, at least in part, to its stark simplicity. It cuts like a knife through all of our mixed motives and self-congratulatory tendencies, and sets three basic imperatives before us, as we sift through the wreckage of our many and varied human stories, with all the wounds we directly or indirectly suffer and inflict upon others.

Do justly. Speak and act on behalf of those whose voices are not currently being listened to. Tell the truth. Do what you can to right wrongs.

Walk humbly. Try to forget yourself, even for a while. Try to recognize that it’s not all about you. Even when you’re saying you’re sorry.

Here is the trailer for Sorry State. There was also an article by the same name in The Walrus a while back.

From: Culture, Ethics, Film, Forgiveness, Indigenous Issues, Pluralism, Politics
← Time to Talk
“I Am Being Read By What I Am Made Of” →
No comments yet