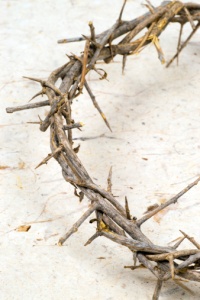 1. I’m at a function where my job is to give a short devotional and prayer before the meal. Pastor-y stuff. You know. I’m trying to be witty, disarming, light. I make some throwaway comment about how I know we’re all hungry and that the soup smells good, but please won’t you just spare 5 minutes or so for the presence to descend? I do my thing. Appreciative smiles, all around. Let’s eat.

I wander around the room, hungry for praise, when a woman approaches me. I smile warmly, preparing myself for the inevitable, “Oh, thank you for your words” and “That was so wonderful” or some other appropriately appreciative expression of gratitude. But she isn’t smiling. “You shouldn’t have said that, you know!” I look blankly at her. “Um, what?” “About being hungry. We’re not hungry. None of us has ever been hungry. Certainly not you. You shouldn’t have said that.” I’m waiting for her to say, “Ah, just kidding!” or “but other than that, your words were, of course, quite brilliant.” I’m waiting for the conversation to make the obligatory turn. Doesn’t she know this isn’t how it goes? Doesn’t she know about the appreciative remarks and that grateful smiles? Hasn’t she read the script?! But there is no turn. And she still isn’t smiling. “Um, well, I’m sorry,” I mumble unimpressively. “My husband was a prisoner of war,” she says, face unmoving. “He knew about hunger. But you don’t know what it’s like. You should be careful about what you say.”

2. I’m speaking with a friend about health challenges. He’s had all kinds of incredible procedures to help his heart work better. He has a machine under his skin that pumps the blood. He watches eager young health professionals control his heart with computers and devices. He marvels at the technology, but he wonders if we really know what we are doing with all of the ways we have to keep people alive these days. He wonders if our technological abilities are outrunning our capacity for ethical reflection upon how/when/if we use these technologies. He speaks of watching people he has loved die slow, painful deaths. I think of other people I know who watched the people they love suffer agonizing, slow, unspeakably degrading deaths. Our conversation makes a hesitant turn toward the issue of euthanasia. “What do you think?” I ask. “I don’t know,” he says. “I know it’s a lot easier to have a position on these things when you’ve never had to watch someone close to you suffer. So many people have opinions, but they don’t know what it’s like.”

3. A young man I know struggles to fit in. Always on the outside, frequently misunderstood, even by those closest to him, those who should know better. He often feels alone. There was another incident, another experience of the hateful, petty smallness that human beings are so eminently capable of. A bit of racism, a bit of physical abuse, and an assortment of the other methods human beings typically employ to make ourselves feel big by making others feel small. My blood begins to boil. How do we not understand that the things we do leave such deep and damaging marks? I think of Jesus weeping over Jerusalem because they refused the things that would bring them peace, of bloody Jesus hanging on that ugly cross, praying for these idiotic creatures who have no idea what they are doing as they mock and belittle and destroy and kill. “Can you tell me about what happened?” I ask him. He looks away. “You wouldn’t understand. You don’t know what it’s like.”

He’s right. They’re all right. I don’t know what it’s like. God save us from the words we speak about things we have never faced.

And now, we make the turn from Lent toward Holy Week, and the cocktail of misplaced expectations, chaos, suffering, death, and, ultimately, hope that we rehearse each year. Whatever else we might want to say about this highest point of the Christian calendar, surely one of the most important things we can and should say is that God knows what it’s like to be us. God knows the burdens we carry, the wounds that bow us low. God has experienced the long arm of our cruelty and stupidity. For all the many and varied ways that we don’t know what it’s like, God does. God bears the weight of the hurts we carry. And God also—inexplicably, irritatingly, and, in the end, mercifully—forgives us for the ignorant words and the misguided actions that we persistently blunder along in, leaving untold wreckage in our wake. Yes, God surely knows what it’s like. Even when, or especially because, we don’t.

From: Faith, Grace, Hope, Jesus, Lent, Pastoral Ministry, Stories on the Way
← One Body, For All the Wrong
Fences →
17 Comments Post a comment