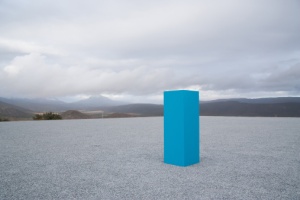 I’ve been spending the week worshipping, learning, walking, sitting in silence, and reconnecting with old friends as I attend a Pastors’ Conference in Vancouver.

[Pastors conference? How did I end up at one of these? When I was younger, the mention of such an event would have evoked images of smiley, hyper-enthusiastic white men walking around with oversized cell-phones holstered in their belts, stalking the halls, greedily “networking” with others and/or triumphantly relaying stories of spiritual conquest and adventure… Happily, I have been disabused of such misconceptions at this and previous conferences 🙂 . It’s been a good and refreshing week thus far.]

Of course one of the problems with these events is that there’s far too much information to take in and process adequately, but one sentence from a few days ago has lodged itself in my brain and refuses to disappear. It was spoken by a psychologist in the context of a talk about some of the problematic areas of being a pastor. Here’s what he said:

All too frequently, pastors can become purveyors of unused truths.

Instantly, I began to feel a combination of guilty and defensive. Yes, that’s me… Well, maybe that’s me… But isn’t being a “purveyor of unused truths” kind of the nature of the job?! Isn’t it kind of inherent to the Christian life that we speak about and point others to realities that we will only partially experience and/or attain?! But, yes, yes, that’s certainly me… Back and forth I went, vacillating between self-loathing and righteous indignation, and generally missing out on a good chunk of the rest of the lecture.

I sat with this statement for the rest of the day, as I attended other lectures, as I ate with friends, as I rode the bus. The more I sat with it the more uncomfortable it made me.  Mainly because it is true. I am so often a purveyor of unused truths.

I began to count the ways…

I could go on, but I won’t. This is probably grim enough reading as it is.

It has been good to be called back to a basic congruence between what I say and what I do. This is not rocket science, I know. The theme of striving for words to line up with lived reality resounds throughout the canon of Scripture. It is easy—too easy!—to blather on endlessly about God and the life of faith without paying much attention to our own lives. It’s so easy to become a manager of God-ish things rather than a committed disciple, walking with others toward a common goal, a shared purpose and spirit animating our steps.

I wonder, though, about the alternative. I don’t want to be a “purveyor of unused truth” or even a “purveyor of under–used truth.” I want to consistently experience these things of which I speak. I think it is entirely reasonable to expect that the lives of those who speak for/about God give compelling evidence of the realities of which they speak.

But I do think there is a falling short that is built into the system. We are imperfect people who will always live and love in partial and half-hearted ways. Our reach will always exceed our grasp when it comes to God. This is just the nature of our predicament. The good news of the gospel is not that God made it possible for us to fully embody and practice the truth and beauty to which we are called, but that God did for us what we could never and will never do for ourselves.

Perhaps, then, the only thing worse than being a “purveyor of unused truth” is being a “purveyor of unloved truth.” For even when we fall short of what we proclaim, as we inevitably will, we will continue to want this truth to be more consistently at home in our lives. We will look at this God and this life of faith and we will love it and we will want it, and we will love it and want it for others as well. And perhaps what we love and what we want will somehow make its way through the cracks and the seams between what we say and what we do, just as the One who loves us and wants us continually fills the spaces between who we are and what we will one day finally be.