Three Girls (And an Orangey-Brown Dress) 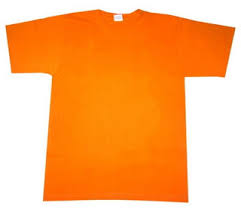 Among the gleanings of my morning tour through Facebook land was the discovery that Tuesday, September 30 has been designated “Orange Shirt Day” by the Assembly of First Nations (AFN) here in Canada. Intrigued, I did a bit of snooping around and found the following explanation for the origin of the idea in an article at NationTalk:

Orange Shirt Day is an outcome of the St. Joseph Mission Residential School Commemoration Project and Reunion events that took place in Williams Lake, BC in May 2013. It stems from a story told by former residential school student, Phyllis Webstad, who had her new orange shirt, bought by her grandmother, taken from her as a six-year old girl. She spoke powerfully of how it seemed to her that nobody cared and, in this personal way, it speaks to the many harms experienced by children in the residential schools.

I have no orange shirt, alas, but the initiative has me thinking of a few recent experiences, and about three girls.

Last week, I was sitting in the parking lot somewhere waiting for my wife to finish up in the store when I saw an aboriginal girl walk out the front door. She was probably ten or eleven years old, beautiful face, long, jet black hair. And she was wearing an orangey-brown, floral print dress. Beside her, was an old-colony Mennonite woman, similarly attired with the addition of a head covering. Her mother, perhaps? Some other caregiver? I stared at this beautiful aboriginal girl for a long time. The sight of brown skin and black hair in an old-colony Mennonite dress was incongruous and jarring, to say the least. And, I’m not proud to say, it made me a little angry. I was only too quick to leap to a whole bunch of (self-righteous) assumptions about how this poor girl was being repressed in an authoritarian and rigid religious context, about how her aboriginal culture was undoubtedly being ruthlessly stifled, etc., etc. This was all reinforced (in my self-righteous mind) when I saw the girl get into the back seat of the van while the front passenger seat beside the older woman remained oppressively vacant. I was only too eager to begin spinning an elaborate tale of injustice and indoctrination…

Until my wife reminded me that, of course I knew (and know) precisely nothing about this girl, the woman she was with, or their family situation. Nothing. Not one thing. For all I knew, the front seat had to remain empty because they were picking someone up on the way home. For all I knew, this little girl had an idyllic life of love, joy, and unconditional acceptance. For all I knew, she wouldn’t trade her life for the world. For all I knew, they were on their way to a pow wow. And yet, I was quick to leap to all kinds of unsavoury conclusions. Shame on me.

And, even more uncomfortably, I began to think about my own daughter. She doesn’t wear old colony Mennonite dresses, but jeans and t-shirts and yoga pants and oversized hoodies (along with all the other accoutrements of teenage girlhood) are just as far removed from anything resembling “traditional” Ojibway culture as a long, orangey-brown floral print dress. Yes, we have encouraged our kids to embrace their aboriginal heritage, yes, we have tried to make opportunities for learning available, yes, we have tried to instill a pride in their biological background in them… But the big picture remains: we are raising our aboriginal kids in a religious and cultural context that is some distance from all of these things.

Strangely, hypocrisy doesn’t become easier to recognize, even with long years of practice….

A few days ago, I was speaking at a young adults event and I struck up a conversation with a twenty-something year old Cree woman. She was soft-spoken and a bit shy, but after I told her a bit about our family’s story she began to open up. She talked about how she has experienced more racism here in the Lethbridge area than she had in the larger centre where she grew up, about how she still often felt like an outsider. She talked about how she was a committed follower of Jesus but that she was also determined to incorporate aspects of Cree culture and spirituality into her Christian beliefs and practice. She explained the process of smudging to me. She talked to me about which kinds of grasses were appropriate for these ceremonies, where to find them. She spoke about attending a small church out on a local reserve but not always feeling welcome due to her commitment to bridge these two worlds, native and Christian. She said, sometimes people call her “apple”—red on the outside, white on the inside.

So, on this first “Orange Shirt Day,” I am thinking about three girls: the young girl in the orangey-brown Mennonite dress, my daughter, and the young Cree woman I met a few days ago. All three, I suspect, are coming or will have to come to terms with the things that have been taken from them (directly or indirectly) because of the colour of their skin and our nation’s screwed up racist history of residential schools and ongoing colonial attitudes. All three will negotiate their identities in a complex cultural context that they did not and likely would not choose.

But I am also hoping that each of these three girls, in their own way and related to their own contexts and stories, will encounter people and spaces and opportunities to receive better things—things like the gift of reclaiming aspects of their identities that were or continue to be downplayed and minimized. Things like the opportunity to share gifts and wisdom that have long been ignored with others. And, perhaps most importantly, things like the welcome and embrace that their people have so often been denied.