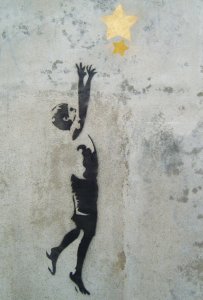 The province of Alberta woke up this morning to, of all things, a majority NDP government. For my American readers, this would be something like the very reddest part of Texas voting in a Democrat. I say “something like” because in reality the Alberta NDPs are probably more centrist than many NDP provincial governments in Canada have been, and because Alberta isn’t quite as far right as Texas. But still. Many were expecting a minority government at best (or worst, depending on your perspective… Myself included). The idea that Alberta—Alberta!—could be awash in NDP orange (and by a considerable margin!) was, for many people, quite literally unthinkable. Until last night.

And so, the analysis is inevitably pouring forth this morning on the radio, on social media, in the papers, etc. I think this result can quite plausibly be interpreted as a sign of just how exasperated voters were with the ruling PCs. I don’t think that the overwhelming majority of Albertans all of a sudden magically became more socially or fiscally liberal overnight or became committed to historical principles championed by the NDP. I think this was, by and large, a vote to punish the ruling party. And it worked. Oh my, did it work.

It also worked because the NDPs capitalized on people’s love of two little words. Well, two big words, really. “Hope” and “change.” These words were thrown around endlessly in the campaign leading up to last night’s election, as they are in most political campaigns. They came up with predictable regularity in almost every conversation I had with people about the election. They came up when I was interviewed by a TV reporter outside a polling station yesterday (“do you hope for real change?”). And, of course, they were liberally applied in NDP victory speeches last night. Hope, change, hope change. How we love these two words.

Of course, if we are good students of history (political or otherwise), we will know that hope/change language around election time is one of those areas where rhetoric races quite a long way out front of reality. I remember the passion and energy and optimism poured into these two words around eight years ago when Barack Obama was first elected president of the USA. And today? Well, I guess it would depend upon whom you asked, but I suspect that there are few who would honestly claim that Obama’s presidency has lived up to the euphoric (and impossible) expectations that it began with. I suspect the same will be true in Alberta. Hope and change are far easier to sell than to produce.

And for good reason. There are few more marketable commodities than “hope” and “change” because I think we are hard-wired for both. We are primed for hope, no matter how many times our expectations might have been frustrated in the past, no matter how many examples history might afford of politics degenerating into the same old, same old, no matter who is in power. We are ready for change, no matter how unlikely change might be in reality. As human beings, we seem to be uniquely and consistently oriented toward some better future. No matter what the past has been like, we are convinced that something better is around the corner. We can lose the weight, kick the habit, learn the skill, change the behaviour, achieve the goal, fulfill the dream… Hope and change are always beckoning us onward, and we are always chasing eagerly after them.

As I reflect on hope/change language this morning, the irony is not lost on me that as a pastor, I, too, am heavily reliant on these two words. I am, in a sense, marketing hope and change every single Sunday. And I know full well that these two words are easier to sell than to produce! I would like to think that I am not selling them as crassly and self-interestedly as many politicians, and I would like to think that the hope and change that I am selling are of a more ultimate and lasting kind than that being hawked in the halls of political power, but religion is obviously playing to many of the same psychological needs and anxieties of human beings as politics. We are looking for something better. All of us. All the time.

There is a combination of fear and exhilaration in Alberta this morning. Some are terrified about what the next four years might hold while others are exultantly optimistic. I suspect that both reactions will prove mostly disproportionate to the reality that will unfold. I could be wrong, of course. The NDP might deliver on the hope/change they have promised. Or, correspondingly, they might drive the province off a cliff, as their detractors expect. But I suspect that the reality will look considerably different (and less exciting!) than the rhetoric on both sides, as it so often does.

And these two words will still call us forward—we who are so poorly suited to bring about the hope and change we need, but who will never stop longing for them all the same.