You know the drill, by now. “Miscellany” means fragmentary, unrelated mind scraps hastily assembled and lumped together for your reading, um, pleasure?

I’ve talked to enough pastors over the years to know that I’m not unique in saying that I have some ambivalence toward the whole “visitation” thing. Some pastors are born for the task and seem to enjoy it immensely, but I’ve also had numerous conversations with colleagues that run something along the lines of, “Yeah, it’s not really my thing… It’s something I have to talk myself into doing… It’s hard to find the time…” And, of course, the ubiquitous, “I should probably do more of it than I do, but it’s just so hard…”

What’s hard about it? I’ve been thinking about this a lot over the last little while, and I was thinking about it again after a few visits this morning. On a technical level, there’s nothing terribly difficult about sitting inanimately in comfortable chairs in warm living rooms engaging in conversation with mainly pleasant people who often serve you goodies and coffee. There’s nothing terribly demanding about listening to people’s individual stories—indeed, I’m regularly surprised by how rewarding it can be!

So why is visitation hard? Why is it the kind of thing that’s easy to bump to the bottom of the pastoral to-do list? Why do I, personally, find it difficult some days?

Today, I was visiting a man who had recently been diagnosed with lung cancer. I expressed my sadness at hearing this news and he said something brave and matter of fact like “Well, I guess we all gotta die from something, right?” I stumbled around for a bit, searching for something warm and pastoral to say, settling eventually on this gem of deep spiritual wisdom: “Well, yeah, but… it’s still hard, I imagine?” He smiled compassionately at me while I inwardly berated myself for not having something a bit more useful (or at least less obviously stupid) to say. Then he looked at the window and said, “We are destined to death. That’s just the way it goes.”

We are destined to death.

Perhaps that’s why visitation is hard—even for pastor-types for whom this ought not exactly to be revelatory news. Visitation so often takes place in the context of failing bodies and faltering minds, of loneliness, sorrow, crippling regret, and even spiritual angst. Visitation often takes us away from where we think the action in the church is—away from big plans and budgets, away from movers and shakers and decision makers, away from stimulating theological questions and demographic analyses, away from exciting projects like refugee sponsorship and community building…

And it sits us down in quiet rooms to remind us that we are destined to death. All of us. Visitation is an existential spoke in the wheel, a reminder that we are but dust, a breath, here today, gone tomorrow, painfully, inevitably forgettable. At least it is for me. It forces me to reckon honestly, individually with the God that I spend so many of my days managing (or at least imagining that I am managing). It reminds me that there is pain in our world that I cannot outrun, no matter how hard I try or how inventive my avoidance efforts might be.

But visitation also gives me the opportunity to take frail hands in my own and remind myself and my neighbour of vitally important truths. God is good. God loves us. God can be trusted. Which is, at the end of it all, where the action actually is. Or where it should be. 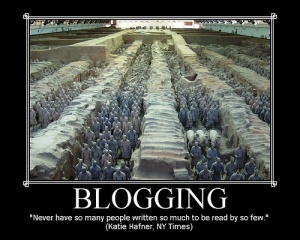 A number of people have inquired recently about how “the book” is coming. In a recent post, I mentioned that an editor had approached me about the possibility of writing a book. It was all very unexpected and bewildering and terribly exciting. Real writers have books, after all, and I would be lying if I said that part of me didn’t/doesn’t crave the legitimacy that being a “published author” conveys.

So, how is the book coming? The short answer is, “It’s not.” I spent a month or so trying to put a workable proposal together, and went back and forth on it with an editor a number of times, but in the end, the response was “Thanks but no thanks.” Which kinda sucked, to be honest. I suppose few people are fond of rejection or take it very well, and I am quite a bit more selfish and sensitive than most people, so… Well, perhaps the less said about that, the better. I may try to sniff around with a few other publishing houses, but I know that publishers aren’t exactly lining up to track down the latest “You know, there’s this guy with a blog…” lead.

At any rate, I want to thank those who have expressed curiosity about this or who offered an encouraging word or two about the possibility. It was interesting to kind of stick my toe in the shallow end of the publishing pool, even if I discovered that the water was rather colder than I anticipated. I learned a bit, and I suppose that counts for something, right? Who knows what the future might hold?

For now, though, my writing will remain mostly confined to this blog. Some time soon—maybe even next week, depending upon if/how the taps of inspiration flow—I will publish my one thousandth post here. Which is roughly nine hundred and eighty-five more than I probably anticipated when I pressed “publish” on my first post.  Two months from now will be the ninth anniversary of this blog (can blogs have anniversaries? More importantly, will there be presents??). Both of these numbers seem pretty incredible to me, as does the fact that a fairly broad and interesting range of people continue to connect with some of the things that I write here. I remain, as always, very grateful to and for the people who drop by here from time to time. Words are everywhere, I know, and I remain appreciative that you would pause over a few of mine. 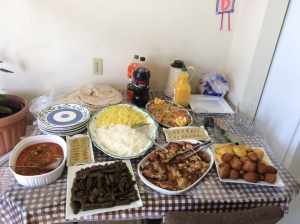 I did another radio interview today on the Syrian refugee response. Specifically, people are wanting to know about our city’s “readiness” to welcome newcomers now that our new Prime Minister has reaffirmed his commitment to deliver the 25 000 refugees that he promised during the election campaign.

I was asked another interesting assortment of questions that I am not at all qualified to answer. Can our education system handle it? What about health care? And jobs? Community integration? I regularly find it amusing that people imagine that I have some kind of unique insight into these matters. Again, I rummaged around in the “memorable phrases” compartment of my brain, landing on something to the effect of, “Yeah, I think so.” The awkward pause on the other end of the phone clearly signalled that my interlocutor required a bit of time to chew on that juicy morsel…

Yesterday, I spent a few hours with a Syrian woman and her family here in Lethbridge (I have written about her before here and here). She had invited our family along with another local leader in the broad refugee initiative in our city to come share a meal at her house. A real Syrian meal, she said. We have been working on trying to reunite her with her extended family currently living as refugees in Lebanon, and she wanted to express her gratitude for our help.

Is our city ready to welcome Syrian refugees?  I don’t know for sure.  But I do know that readiness is about far more than official plans and readiness assessments and spreadsheets and budgets and data mined from service providers and “stakeholders.” As important as these things are, I am convinced that readiness has at least as much to do with ordinary people being willing to sit down and share a meal with those who are different from them. That’s where the action is. That’s where the good stuff begins to happen. That’s where words like “migrants” and “refugees” and “newcomers” and “immigrants” begin to turn into words like “friends.”