I did a very embarrassing thing this morning. I purchased Def Leppard’s latest album. This is not the sort of thing that any self-respecting human being of the twenty-first century ought to admit to, I know. A quick glance at my recent purchases in iTunes reveals a much more acceptable (I hope) repertoire: The Lumineers, Mumford & Sons, Basia Bulat, Radiohead, Of Monsters and Men. This is probably a more accurate gauge of where my musical tastes have drifted over the years. Def Leppard is the paradigmatic example of the unimaginative late twentieth century glam rock that was the soundtrack of my small-town high school experience. They were big hair, big power chords, soaring engineered harmonies, and mawkish power-ballad-y lyrics about love biting or breathless paeans to endlessly getting rocked or adrenalized or something. In response to the screaming query from 1988’s massive hit “Armageddon It”—Are you getting it?—I can only reply, “Yes, yes, apparently I really am a-getting it.” Or I just got it, at any rate.

The most obvious question that would follow the preceding admission would be, “Why?” Indeed. Well, one answer would be that, despite my best intentions and in the face of all reason, good taste, and public decency, I still like them. 🙂  (Oh dear, now I’ve gone right off the confessional deep end.) Also, my fifteen-year-old son (equally inexplicably) loves Def Leppard (a few years ago, I wrote a post reflecting on going to a concert with him). So we often find ourselves driving down the highway in my old-as-Def-Leppard Volkswagen Jetta desperately hoping that the rock station will favour us with “Pour Some Sugar on Me.” It’s a way to connect with my son, I tell myself. Which has the happy consequence of making my nostalgic musical excursions seem quite a bit less self-absorbed than they in fact are.

But there’s another reason that I purchased the album this week. A few days ago I attended a memorial service for a life that was far too painful and came to an end far too soon. The person was barely older than I am and had led a Job-like existence, losing a spouse in devastating fashion a few years ago and battling chronic illness for huge chunks of life. It was obvious that this person’s life touched many others, often in deeply profound and meaningful ways, but it was also an incredibly sad ending to a life that sadness just seemed to hover menacingly over.

The service took place in a little funeral home chapel and was obviously and intentionally Godless. This was not a religious person and the service reflected that. There were touching tributes and a thoughtful devotional by a pastor who seems to have been put in the unenviable (and familiar, to me) position of saying some meaningful words in the context of pain and loss without mentioning God. All in all, it was a simple service of few words that treated the life that had ended with integrity and respect and honoured it both for the pain it had endured and the deep goodness it had left in its wake. 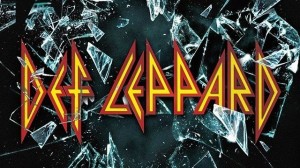 There was also a song. In place of congregational singing or even a live soloist, we sat and listened as Def Leppard’s Long, Long Way Home was piped through the sound system. It was a song that had meant something to this person, evidently. It expressed something of their own longing as the end of their days approached. It touched them in some way. And so, there we sat—the wide array of humanity that most memorials are characterized by these days, seniors in their Sunday best, uneasy, under-dressed young people for whom these spaces are increasingly, bewilderingly foreign and everyone in between—listening to a Def Leppard song. At a memorial service. It was a surreal moment.

There are one of two ways I could go in response to this experience. The easy route would be to lament the cultural moment that we inhabit that makes experiences like this increasingly normal. I could grieve over the fact that in place of robust words like, “Where, O death, is your victory? Where, O death, is your sting?” we now locate death and life and loss and meaning in words like, “Oh, I got a long, long way I know, before I can say goodbye to all I ever knew.” I could long for a time and place where we had something resembling a shared vocabulary within which to locate some of the profoundest moments of our lives. I could express my sadness at the cultural loss of a horizon of hope (or even shared suffering) that could possibly make our pain meaningful or redeem it in any way. I could, in short, take this as another tragic example of the loss of faith that our secular, post-Christian context exhibits in abundance.

This would, as I say, be an easy route to take. And it would have no small amount of truth to it. But the easy route isn’t always the best one to take.

I’ve remarked often here that I am a deep admirer of the American poet Christian Wiman. In My Bright Abyss, he wrote a sentence that has seared itself to my soul:

God is not absent. He is everywhere in the world we are too dispirited to love.

But I am convinced that God is not absent, even here, even to people like us, even to we who so often don’t have a shared vocabulary within which to locate these things we long for. I felt this as I listened to the strains of Def Leppard in a funeral home chapel. Somehow, I thought, even this points to God. It has to. It expresses our sadness, at the very least, and our hunger for a home we can’t quite find.  And somehow even this intrusion of platitudinous sugary pop-rock in a context it seems so poorly suited to can give expression to our tenacious hunger for life and our longing for a love that could hold and heal our many losses. The language is off. It doesn’t fit in any obvious way. It’s not even remotely up to the task of honouring a precious human life. But God is not absent, even here. The One who spoke through seeds and lilies and loaves and fishes and coins and pigs and sheep and even the occasional sermon, can probably speak even here. God is very resourceful, after all.  God can get through to human hearts in all kinds of ways, even through a song about a failed romance inserted into the valley of the shadow of death.

I am thinking of these things as my new Def Leppard album bleeds through the headphones this morning. I am thinking that the way home is, indeed, a long one.  But I am retaining a deep and desperate suspicion that that all of our inattention and inability to speak of what we most need in life and death is ultimately no match for the stern and stubborn mercy of God.

From: Culture, Death, Doubt, Eschatology, Faith, Hope, Jesus, Love, Music, Stories on the Way, Suffering
← Sky
Why Do You Call Me Good? →
6 Comments Post a comment