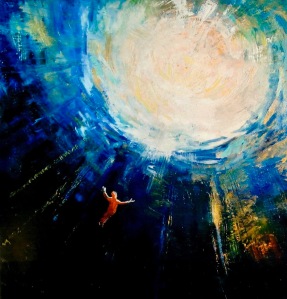 As far as quotes go, this well-known offering of unknown provenance could probably raise the ire of people across the political spectrum, particularly on the left. No one enjoys being implicitly told that they do (or don’t) have a brain or a heart. Those are fighting words, right there. Which is of course why the quote is repeated and why it’s memorable.

This quote provided the subject matter for a recent episode of CBC’s Ideas. Is it true? Do we tend to get more conservative as we age? Do youthful ideals inevitably give way to world-wise pragmatism as the years drift by? Is conservativism that logical terminus of those whose compassion is tempered by the cold blast of realism delivered by “the way the world really works?” According to one person interviewed in the program, the data seems to suggest that in general older people tend to vote conservative more than younger people. But as we all know by now, “the data” can be squeezed into pretty much any narrative we might prefer.

My own answer to whether or not the quote is true would probably be a yawn inducing, “sometimes.” And, of course, “sometimes not.” I suspect that most of us wouldn’t have to think too hard to come up with exceptions to the rule that this quote supposedly describes. I know plenty of people whose trajectory runs in the opposite direction: conservative at twenty and liberal at forty. I know some people whose views haven’t changed much at all from twenty to forty. I know many more people whose political, ideological, and theological perspectives are much more malleable than a crude continuum running from left to right or right to left allows for. And, of course, I know some people for whom the quote above would ring absolutely true. We are, as it happens, all over the place.

And of course having recently crossed over the bleak threshold of forty myself, it’s natural to use the quote as something of a personal litmus test. Is it true for me? Does it reflect my own journey? Well, no, not really. I wasn’t a socialist at twenty and I wouldn’t consider myself a conservative now. If anything, my own journey would run slightly against the grain of the quote. My worldview has expanded since I was twenty. My categories have moved from black and white-ish as a youth to more grey-ish now. But nothing terribly dramatic. Always and only “ish.”

I walked away from this podcast more suspicious of the categories it employs than anything else. Words like “liberal” and “conservative” and “left” and “right” are very narrow gates to squeeze people through. I get that they point at trends and tendencies that are real. But they’re very crude and limited tools, in my view.

The interesting question for me isn’t, “Do people by and large start liberal and become conservative or vice versa?” The question we should all be more interested in answering is, “Do people become wiser with age?” And “wisdom,” it should, but probably doesn’t go without saying, is not synonymous with “liberal” or “conservative” ideologies.

Proverbs 1 describes wisdom as desperately seeking an audience in a context where it is often in short supply:

Wisdom cries out in the street;
in the squares she raises her voice.
At the busiest corner she cries out;
at the entrance of the city gates she speaks:
“How long, O simple ones, will you love being simple?
How long will scoffers delight in their scoffing
and fools hate knowledge?

Yes, wisdom is always calling. But we don’t listen as often as we should. That’s because wisdom can be an inconvenient taskmaster. She pokes and she prods and she unsettles. If we’re listening, at any rate.

In the interests of at least trying to pay attention to wisdom’s cry, here’s some of what she has taught and continues to teach me along the way.

Wisdom tells me to grow up. She demands that I resist cultural tendencies toward easy categories and self-flattery. She asks me to hold some things in tension, to perhaps withhold judgment, to listen. She groans when I say things in order to be praised.

Wisdom reminds me that human beings are complex creatures. She holds up a mirror and shows me that we believe things for a wide variety of reasons, whether it’s the ways in which we have been socialized, or our personality type, or the experiences we’ve had or our emotional wiring or the kinds of things that we are praised for thinking or the group identities that are bolstered by subscribing to certain views or the people that it’s pleasurable to define ourselves against. She winks when she says, “Occasionally, rational reflection even plays a small role in how your beliefs are formed and maintained.”

Wisdom teaches me to guard against the assumption that progress is inevitable or linear. She warns me to pay attention to how terms like “progressive” and “traditional” and “liberal” and “conservative” are wielded in public discourse. She tells me that human beings love very little more than to think of themselves as right and virtuous and that these words are most often employed toward those ends.

Wisdom tells me that there’s almost always another side to the story.

Wisdom trains me to be suspicious of those who stand to profit from keeping us reactionary and angry. She whispers, “Don’t trust those who seek to monetize tribalistic thinking and herd mentality.” She rebukes my tendency to click, click, click away at headlines that tell me (implicitly or explicitly) how stupid my ideological enemies are and how virtuous I am.

Wisdom asks me to love people more deeply while resisting the temptation to idolize them or fetishize their identities and interests. She invites me to listen to their stories, and even after I have attempted to listen, to not assume that I have understood. She refuses to allow me to reduce a word as big and important as “love” to cheap platitudes and easy affirmation.

Wisdom never tires of repeating, “Faith, hope, and love. But the greatest of these is love.”

Wisdom insists that human beings make very poor and unreliable gods. She scolds me for the many ways in which my worship can be misdirected.

Wisdom tells me to shut up more than I would like her to. She reminds me of how little I really know. She patiently and insistently holds silence before me as a viable option. She informs me that I don’t always need to have an opinion and that even when I do it doesn’t necessarily need to be shared (this blog could be interpreted as a long and belligerent exercise in ignoring her…).

Wisdom rolls her eyes at me rather frequently.

Wisdom prioritizes mercy. She patiently reminds me “Being right isn’t always (or often) as important as being kind.”

Wisdom loves the truth. She invites me to love it more than I do—even when I’m convinced that I’m already quite fond of it. She shows me that truth is—incredibly!—bigger than my apprehension of it. She reminds me that truth has at least as much to do with what I do as what I think and that the two are indissolubly connected.

Wisdom demands humility. She’s very insistent upon this point. She doesn’t like it when I pretend to be wiser than I am.

Wisdom invites me to come to Jesus. She points to him and says, “This is what it means to be human.” And while I’m chewing on all that this might entail, she adds, “It’s also what it means to be God.” She smiles at me while she watches the gears grind in my brain on this deepest of mysteries.

The image above is taken from the 2016-17 Christian Seasons Calendar. It’s by Lois Anderson and is called, simply, “Hope.”