Joy is One Kind of Courage

Christian Wiman is one of a very small number of writers who I will read pretty much anything they write, regardless of the subject matter or form. His book My Bright Abyss is probably one of my favourite books of the last decade. Consequently, I happily seized upon a recent piece he wrote for the New York Times called “The Poet of Light.” It is ostensibly a reflection upon the life and poetry of Richard Wilbur. But on a broader level, it’s about the relationship between nature of art and writing and joy. Or, more frequently, joy’s absence. We live in times where it often seems like the darker the themes of a given work—writing, film, television, whatever—the more “authentic” it must be. Happy endings are passé. Joy is obsolescent. No serious artist would want to be outed as a cheerful optimist. Dark, brooding, tortured—this is where the action is.

Wiman, who is himself no stranger to pain having experienced the ravages of cancer, knows these ideas well. In his Times piece, he muses about the common assumption that “light writes white”:

The exact source of this phrase is hard to pin down, but its meaning is clear enough: If you’re happy, then your page stays blank. There must be some friction for the words to catch fire. No suffering, no song. No absence, no art.

On one level this certainly has some truth to it. All stories requires a struggle to be interesting. There is no narrative arc in the absence of conflict. This is true even of the story of Scripture. Take away the lament and rage and infidelity and heartache and sorrow and pathos and dramatic twists and turns of the Bible, and there’s not much left to speak of. Darkness makes the light shine all the brighter. Or something like that. The best writing does seem to unflinchingly inhabit the shadowy corners of the human condition and experience. At least so it seems to me.

But there are also dangers in these assumptions about what constitutes “authentic” art, Wiman says:

A poet who feeds on pathologies eventually becomes their food. But the issue is larger than that. A culture, too, is a work of imagination, or a failure of it. We are meant to be in a golden age of the television drama, and perhaps we are. But just consider how thoroughly so many of these shows equate misery with authenticity, and how many rely on violence and degradation (usually toward women) to establish character and intensity. And now consider the broader culture we have found ourselves in for the past year or so. Does it not seem as if reality has begun to take on whims and powers of its own? 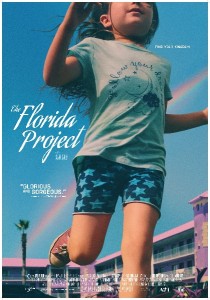 Last night, my wife and I watched a film called The Florida Project, which narrates a single summer in the life of a couple of kids who live in a trashy hotel in the shadow of Disneyworld. The contours of the story are familiar enough. Single moms, poverty, addiction, neglect, a descent into the sex-trade, and, ultimately, the apprehension of a child. The incongruence of the poverty and desperation of people living a few blocks from “the happiest place on earth” is mean to be jarring. And it was. We sort of knew what we were getting into when we pushed play—we weren’t expecting rainbows and butterflies—but the story was dark and almost indescribably sad.

There was a time when I would have watched a film like this and sung the praises of its “authenticity.” Many critics have done so. The film is up for numerous awards. Movie reviewers seem to love it. Some have called Willem Dafoe’s role as the embattled hotel manager the performance of his career. And I get all of this. The film is well made, the acting is excellent, and the story is, as I said, achingly sad.

But this was not my reaction this time. I mostly just found it depressing. That children must grow up in contexts of such vulgar coarseness and depravity, that this is seen as normal, that it is perhaps even perversely lionized—part of me just wanted to say, “No!” Part me wanted to say, “To hell with authenticity. I crave joy, tenderness, laughter, peace, even—dare I say it?—unfashionable things like redemption or victory!

Yes, it’s important to tell true stories. Yes, it’s important not to shrink away from reality. Yes, it’s important for storytellers to portray what things look like from the inside of painful human contexts. Yes, to all of this. And I don’t know, maybe I just wasn’t in the mood last night. And goodness knows that I tell enough hard stories in my writing. I’ve certainly never been accused of stubbornly focusing only on the sunny side of life. But are we even allowed to tell happy stories any more? Is joy permissible?

Wiman puts it so well in his article:

Of course we need art to explore the darkest recesses of our lives and minds. But we also need art to tell us why this world is worth loving, and therefore saving.

Yes. There it is. We need to be reminded that the world, for all of its pain and sin and sorrow, is worth loving. And to do this, we need to periodically lift our gaze from the trough of human misery, whether it’s the daily news or the entertainment we consume, or the art we produce, and see that while the world is achingly sad, at times, it is also heartrendingly beautiful. A story is not “authentic” because it breaks our heart, at least not necessarily. And equally so, a story is not inadmissible because it lifts us up and fires our hope. We are allowed to be happy, to want to be happy, and to say so in our writing.

To do this, I am increasingly becoming convinced, is an act of faith. Our world and the stories it contains will never run low on depravity and violence and vulgarity and conflict and betrayal and injustice. And these stories must be told. But not just these stories. We need more than this. Yes, there is a kind of wilful head-in-the-sand naïveté that pretends all is well and ignores the truth of existence and only focuses on the saccharine and the cheaply uplifting. This is true.

But there is a kind of joy that is more like a “defiant, nevertheless.” A happiness that persists, even though all the facts have been considered, to borrow from Wendell Berry. Or, as Christian Wiman summarizes:

Praise, too, is part of any whole artistic and existential vision. Joy is one kind of courage.

From: Faith
← I Wanna Open My Heart
What a Silly Reason to Lose Your Faith →
35 Comments Post a comment