What a Silly Reason to Lose Your Faith 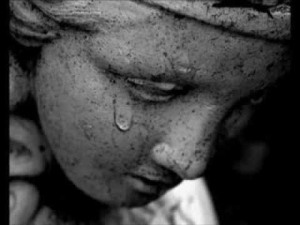 I listened to a podcast the other day where a comedian was talking about losing his faith. I was intrigued when I heard the preamble—I nearly always am, when the topic has anything to do with faith, whether losing it, finding it, or hanging on to it for dear life. As it happens, intrigue quickly gave way to a yawn. He had grown up in what sounded like a pretty conservative religious environment. He had imagined that faith was something like a formula where believing and doing the right things when it comes to God would yield desirable outcomes in life. And then his wife had left him. And his career had floundered. So clearly, his faith was misplaced. God didn’t exist. And I remember thinking something like—I’m not particularly proud of this, I confess—“Oh, is that all? What a silly reason to lose your faith.”

Prosperity gospel hucksters and their acolytes aside, the idea that faith is some kind of ticket to a life free of pain and struggle is, on the face of it, rather absurd. I can’t think of anyone who would lack empirical evidence to disprove this hypothesis. We all know people of faith whose lives contain hardship—sometimes far more than their share.

At any rate, in the past week alone, the following catalogue of suffering has been visited upon people of faith in my own little personal orbit:

That’s one Monday-Saturday’s worth of counter-evidence to the thesis that faith = a life free from pain. All of these things happened to people of faith, committed Christians who pray and worship and believe all the right things about God and Jesus and everything else. And this is, again, just one little personal orbit. We haven’t even begun to talk about war and poverty and sexual exploitation and global injustice and all of the other heartache that daily fertilizes our myriad news feeds.

And of course we could go beyond the relatively small sample size of what happens to be within our immediate view. We could cast a glance toward history. We could read our bibles (and perhaps a bit less selectively, a bit less determined to root out a formula). Pretty much every character on its pages suffers something along the way. There are no easy roads when it comes to faith. And of course, the character of Scripture’s grand narrative suffers. Jesus. God Incarnate. Not even God avoids suffering, if the Christian story is to be believed. So to be people of Christian faith is, on some level at least, to be a participant in the pattern of Christ, suffering, dying, rising to new life. We’re pretty eager for that last bit of the equation, not so much the first two.

So all this is to say that when I hear someone say, I lost my faith when something bad happened in my life, my instinctive response is to think, “Well, what on earth did you think was going to happen here?” It makes me think that this faith must have been constructed with rather feeble materials. It makes me wonder how someone could ever be exposed to the suffering Christ, however inadequately, and not imagine that the road to salvation might go through pain. As Kate Bower, a young professor at Duke Divinity School who is currently working out her faith in the context of cancer, puts it:

The promise of heaven to me is this: some day I will get a new set of lungs and I will swim away. But first I will drown.

It’s very easy to make grand pronouncements about the theological place of pain. Particularly as someone who has suffered very little. It’s one thing to coolly survey the wreckage in my orbit and be able to tell a plausible theological story about what suffering is doing in the system. It’s quite another to be staggering through the valley of the shadow personally. Everything—whether staggering or believing, drowning or swimming away—feels different when it’s personal.

So, perhaps the silliest thing of all is to make pronouncements like, “What a silly reason to lose your faith.” It too easily locates the losing and finding and clinging to the faith in the realm of bloodless abstractions, dreary rationalizations that reduce God to the solution to an intellectual problem. Whatever else we might say about faith, it is surely most often won and lost and clung to in the realm of the existential—in hopes, however misplaced, dashed, in loves lost, in imagined certainties exposed as opportunities, however unwelcome, to trust. I suspect that losing one’s faith is often a lot less like a resigned “Ah, I had the wrong answer to the question!” than an anguished “I thought you loved me!”

So, as is so uncomfortably often the case, it’s probably best to withhold judgment. God alone is qualified for such a task; and God alone is the One with whom each of must deal. And if there’s one more thing that we, as Christians, are almost obligated to believe it is that what is lost can yet be found.