Egypt for Your Ransom 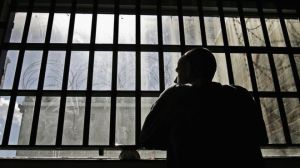 Only two guys showed up for the support group at the jail today. There had been some kind of a disturbance in the unit, apparently, and so it was twenty-five minutes past start time when the pair of them trudged in. One was an older guy who seemed reserved and didn’t say much. The other was a young Cree man who talked a mile a minute and seemed delighted to be anywhere other than his cell. Brandon* introduced himself to me three times, a vigorous handshake accompanying each introduction, before we settled in to the circle.

Today’s lesson was on what God thinks of us. We began by reading through a collection of bible verses and sharing around the circle what these verses said about our value and worth as God’s children. Brandon was eager for the opportunity to read out loud and to demonstrate that he knew his way around a bible (he waved away my attempts to help him find one passage—“Nah, man, I know what I’m doing. I was raised Catholic!”). After each passage, we were invited to say what, if anything, stood out to us in what we’d heard, and what it said to us about our value.

One of the first passages was Isaiah 43:1-5. It’s a text that was originally written not to individuals looking for a bit of spiritual inspiration but to the nation of Israel. It was a word delivered to a specific people called to a specific task in a specific time and place. We were no doubt committing all manner of exegetical sins in lining this passage up with a bunch of other context-free verses to build a case for the individual specialness of each human being. I could easily imagine my former hermeneutics professors shaking their heads at how we were using the bible. But no matter. We read our verses and then we opened it up for discussion. What stood out?

Brandon needed little encouragement to get us started. “I like that part, um, where is it… yeah, here, this part! I give Egypt for your ransom, Cush and Seba in your stead. Since you are precious and honored in my sight, and because I love you, I will give people in exchange for you, nations in exchange for your life. I like that. That’s true, that.” He looked around our little circle triumphantly. I smiled at the irony. That was precisely the part of the passage that I was cringing inwardly at. God evidently prefers Israelites to Egyptians and folks from Cush and Seba?! Or so Isaiah seems pleased to think, at any rate. Could there be a less welcome message in our hyper-sensitive times where we are laser-focused to detect even the slightest whiff of inequality? The idea that some lives matter more than others? The idea that Israelite lives are more important to God than those of their neighbours? I wondered how a Palestinian Christian might read a passage such as this.

But then I looked back at Brandon and thought about the story he had shared a few minutes earlier. Born on “a rez in Saskatchewan,” a mother who beat the hell out of him before she died when he was seven, a dad who was never involved, drifted to Lethbridge as a teenager, lived on various couches for a few years, on the street for another, had a girlfriend but she died a year ago… Brandon didn’t say what he had done to land him in jail, but he didn’t really need to. That his life had been a hard one was not hard to tell. The scars on his face, the gap-toothed grin, the frantic behaviour… it all told a familiar and tragic story.

And in light of such a story, how welcome might the message be that someone loves you so much that they would even give Egypt for your ransom? How desperate might you be to hear words like, “Since you are precious and honored in my sight, and because I love you…?” Historical and literary context be damned! Who can muster a care about Cush and Seba when you’ve been on the wrong end of the score as long as Brandon has? Fussing about how poorly a bible passage lines up with more educated concerns is a luxury Brandon doesn’t really have. He’s been told his whole life, explicitly and implicitly, precisely where he fits in the grand scheme of things, which is to say, the bottom. And he’s lived into what he’s been told.

As our time drew to a close, Brandon asked each of us around the circle if we’d be back next week. It seemed really important to him that we committed to this. I said I would and asked him if he’d be back. He grinned widely and said, “Yeah, man” before bouncing out of the room, his mouth still running a mile a minute. I offered a silent prayer for myself and for him. For myself, I asked for forgiveness for reducing the bible to the smallness of my own history and preferred abstractions. And for Brandon, I prayed that he would make it until next week—that he would find refuge under the shadow of the wings of a God who would give even Egypt for his ransom.

* Not his real name.

From: Indigenous Issues, Love, Stories on the Way, Suffering, The Bible, The Jail
← The Dis-Ease of our Time
Bigger Barns →
7 Comments Post a comment