It’s This, But It’s Also That 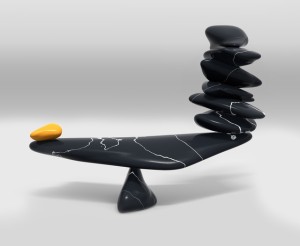 Last weekend, I read a remarkable piece of journalism. It was about an issue that I knew little about and it described a reality with which I have no personal experience. It was about a city I have never visited in a country not my own whose social conditions are difficult for me to personally imagine. It discussed a material reality has very little bearing on my everyday life in a small city on the Canadian prairies. And yet, the article modeled a way of approaching a difficult issue that I think we can (must) all learn from if we are going to inhabit our cultural moment in honest and hopeful ways.

The article was by CNN journalist John Blake and was called “What both the left and the right get wrong about my neighborhood in Baltimore.” The article was a response to Donald Trump’s outrageous comments about the city, describing it as a “disgusting, rat and rodent infested mess where no human being would want to live.” One sometimes wonders about the wisdom of even responding to a figure like Trump—a man so obviously bereft of moral principles, human decency or good sense—but I suppose his position demands it. And as far as responses go, John Blake’s, himself a Baltimore native, is worth paying attention to.

I won’t attempt to summarize the whole piece because, a) it would take too long; and, b) you should read it yourself. Suffice to say, that Blake does his best to tell the truth about the city of Baltimore. He doesn’t pretend that it’s a utopia but acknowledges that it really is a city in crisis. He names the ugly truth that his own black community is disproportionately affected by the violence, poverty, injustice and social unrest in the city. He blames political decisions that hastened the exit of decent jobs that were once “the backbone of the black community.” He points to the “white flight” to the suburbs that happened after the desegregation of schools in the 1960s with the diminishment to the tax base (and social services) that this represented. He condemns political decisions and racial biases that have increasingly left inner-city Baltimore isolated and impoverished. He does not shy away from explicitly identifying the socio-political failures and naked racism that have contributed to Baltimore’s present reality.

But he doesn’t stop there. Blake also wades into the treacherous waters of personal responsibility:

I have known so many young men in my family and my neighborhood who seem like they’ve given up. They’re strung out on drugs, out of school and drifting day to day. They don’t seem to have any enduring relationships, romantic or otherwise. They blame all their problems on others—never on themselves.

Blake asks the difficult question: Why does he see a bitterness and defeatism in this generation that he didn’t see in his father, who was quite frequently the victim of quite explicit racism and physical abuse.  Of his father, Blake says:

Yet he was the most optimistic man I ever knew. He never complained about racism or blamed others for his difficulties. I see none of his strength in many of the young men I now know in West Baltimore. I wonder if any of it is even in me.

This is pretty honest stuff. Blake ends by reflecting on what his father’s generation had that he sees as absent in Baltimore (and beyond) today. Two things: community and a sense that things were improving, however slowly. Both are largely absent today. And, as we are increasingly recognizing, the former is in many ways the cause of the latter. Social isolation and lack of connection breed despair, addiction, desperation, and hopelessness.

By the end of the article, Blake has managed something quite unusual. He has both unsettled and partially legitimated the narratives of both his conservative and liberal readers. He has refused easy either/or explanations for a complex social reality. He has not steered the narrative to either of the noisy bookends of the ideological spectrum to inflame, galvanize, and drive traffic. He has, instead, tried to tell the truth.

This isn’t how we are accustomed to stories being “reacted” to (it’s a fascinating and depressing indictment of the times that “reaction” to the news is increasingly becoming its own category of “news”). We know the drill by now. Someone like Donald Trump says something appallingly stupid and the left and the right dutifully adhere to the script. The right defends (somehow) the president’s comments (Baltimore really is a very bad place full of very bad people because of very bad liberal politicians) and the left attacks those same comments (Baltimore is actually a great place full of hopeful stories, albeit populated by victims of social conditions and structures implemented and maintained by very bad conservative politicians). You line up obediently, you sharpen your knives, you ready yourself for war, and you defend your tribe at all costs. This is how the game is played and we are very well-trained players.

And yet, refreshingly, John Blake departs from the script. He says “It’s this but it’s also that.” The problems of Baltimore are real. They have ideological and social causes, but there are also personal and moral factors that shouldn’t be ignored. This isn’t to say that the truth is always to be found precisely in some golden middle between the socio-political and the personal. This is obviously not true. And, of course, our personal responsibility always takes place within socio-political parameters not of our creation. But Blake’s approach is a skill that we are in desperate need of cultivating or recovering, in my view—the ability to say, “It’s this, but it’s also that.”

We could apply this to almost any hot-button issue that tends to raise our collective temperature. To glance only at the news of last weekend, mass shootings in America are certainly the product of white nationalism and racist ideologies, not to mention an inexplicable and indefensible lack of political will to restrict gun access and the vile, reckless rhetoric modeled and emboldened by the current president. But they are also the product of social breakdown more broadly, an increasing paucity of stable families, the cesspool of violence and hatred made possible (and profitable) by the Internet, the idolatrous replacement of God with the subjective self as the center of all, and the isolation and despair that are being bred by a culture unmoored from narratives of meaning and communities of hope. There are political, social, and ideological causes and there are spiritual, moral, and existential causes. It’s this, but it’s also that.

Both sets of explanations can be true, to varying degrees, without us somehow feeling like our understanding of the world, our preferred set of categories and causes, our team is being threatened. This shouldn’t be a very remarkable thing to state. But in this cultural moment, it feels like it is.