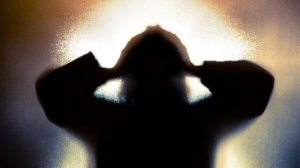 Two women recently came to our church looking for help. Both were victims of domestic violence, both had children in the picture, both were indigenous, both desperately poor, both out of options. Both stories were soaked in their own unique varieties of heartache and pain. And yet, both stories were sadly, predictably, damnably ordinary.

Carmen* had an eight-year-old son and less than twenty dollars to her name. She and her son had been kicked out of the home she shared with her mother and grandmother after the latest in a long series of explosive altercations. She had FASD, she said, and so did her son. She had spent almost all of her remaining funds on breakfast for her son before school that morning. She didn’t know what she would do about supper. She was presently sitting in a “friend’s” car using his mobile phone to seek out any kind of help she could find. She didn’t know where they would sleep that night. Perhaps her “friend” could be persuaded to let them stay there. She wasn’t sure.

What Carmen most needed was food, she said. I asked what the closest grocery store to her was and agreed to meet her in an hour. “Can you meet behind the dumpster on the side of Wal-Mart?” she asked. “That’s where my friend wants to park.” I was a little suspicious but agreed. An hour later, I found the vehicle, a rusted out mid-90’s Jeep Cherokee containing all of Carmen’s earthly possessions. Her son sat in the back seat staring aimlessly out the window. Her “friend” got out of the vehicle and walked away as soon as he saw me. He refused to meet my gaze, preferring to go and smoke by the chain link fence while Carmen and I conducted our “business.”

I arranged for Carmen to get some groceries. I asked her if she was safe. She smiled and nodded. I looked over at her friend, smoking by the fence and I wondered. I gave her a piece of paper with the phone number of a women’s shelter. I had phoned the shelter earlier and explained Carmen’s situation. “Can I send her to you?” I asked. “Will you be able to help her?” “Yes,” I was assured by the woman on the end of the line. “Send her here and we’ll do what we can.” I wondered about that, too. I wished Carmen “all the best” as I left. Her son offered a fist-bump.

Jeannie* made contact with one of our church’s deacons. She and her teenage son had landed in Lethbridge from the Vancouver area. They were trying to get away from her abusive ex-husband. She had a job at Tim Hortons lined up, but she hadn’t started yet. She just needed some help with setting up the low-income apartment she had found. A few staples, some household items. Someone from our church bought her some groceries and took her to the local thrift store to get a few things (the thrift store owner refused to charge her). Things seemed to be going well.

A few days later, I received word that Jeannie’s husband had tracked her down. He had confronted her on the street in front of her apartment and attacked her in broad daylight. She was left with a concussion, black eyes, a few fractures, and God knows what else. She had to miss her first day of work due to her injuries and the understandable trauma and fear she was experiencing. We tried to send her back to Manitoba where she was originally from, but that didn’t work out. She decided to stay in town and keep trying with her new start.

Jeannie phoned me a few days later. She had somehow managed to keep her job at Tim Hortons and she had been working there for a few days. Her ex-husband seemed to have left town, as far as she knew, and her son had gone back to BC to live with his dad (different guy). She needed more help, she said. Money for food, to help with rent, just until her first paycheque. I spoke with her at length about this. She hadn’t been entirely truthful with us at every point of the proceedings thus far, and we had already burned though a good portion of the annual funds our church devotes to needs like this in the first two months of the year. I ended up directing her to the familiar places—soup kitchens, women’s shelters (if necessary). She figured it wouldn’t come to that. She had other options. Her last text to me read, “Thank you for getting back to me and for all that you and the members helped it was so much appreciated god bless.” I stared at those words for a while before limply saying something like, “I wish we could do more.”

I thought of Carmen and Jeannie as I read this headline on CBC this morning: “Women, children turned away from shelters in Canada almost 19,000 times a month.” The story dutifully describes the multifaceted causes of the problem (funding, policies, social factors, etc.) but on one level it could just be a depressing case of demand outrunning supply. There are too many dangerous, abusive, violent men and not enough places to care for the women and the kids they terrorize to hide. As I read the article I wondered if Carmen and Jeannie would have found refuge in the social safety net of our city? Or would they, like the women described in the article, become another statistic, another woman eventually forced, directly or indirectly, back into the orbit of their abuser?

In a recent interview, Rebecca Solnit describes what it’s like as a woman to make your way in the “ambient violence” of our culture. To know that there are some places you can’t go as a woman, to know that you can’t say certain things, wear certain things, expect certain things, refuse certain things. To know that many of the men around you daily marinate in a pornified, violent culture of conquest and entitlement. To have a kind of low-grade anxiety about what men might do kind of just permeating your atmosphere. My wife once asked me, “Do you ever worry about walking to your car in dark parking lots or leaving your ear buds in while walking or running?” “Not really,” I replied. She smiled, “Well, women do.”

Carmen and Jeannie might not use terms like “ambient violence” to describe their daily reality. But they feel it in their bones. They feel it for their children. These women need accessible shelters, more funding, better programs, certainly. Yes, all this is good as far as it goes. But it obviously doesn’t go nearly far enough. Increasing the supply assumes that the demand will remain steady. It assumes that Carmen will keep bouncing around with her son from rusted out Jeep Cherokees to unstable living enironments with questionable “friends” and that Jeannie’s attempt at a new start will always be shaded by the dread of a violent ex-husband showing up out of nowhere to do her harm. It assumes that violence will remain sadly, predictably, damnably ambient.

* Names changed throughout for obvious reasons.