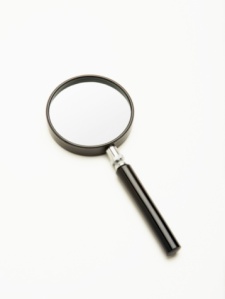 I came across two pieces of writing today well worth taking the time to have a look at. First, there’s an excellent article by Tom Ryan recently posted at The Other Journal. Here’s a little excerpt from what is an excellent challenge to the church to be honest about both the the inherent limitations (epistemological and otherwise) of being human, and of the uniquely human capacity for spiritual transformation in and through doubt:

So what are we to make of this reactionary and defensive posture of the church? If this sort of apologetic defense against anything resembling doubt or atheism is the reality of our current ecclesial climate, then it is critical for us to wonder about what sort of spirituality this fosters. In other words, how does an implicit posture of defensiveness influence the very ways we seek to gather and practice our faith? And can the church, so preoccupied with cultivating a people who believe biblical absolutes passionately and confidently, find space and a language to warmly welcome those with doubts into their communities? The failure to do so—and the tendency to entrench ourselves within our certainty—will only serve to objectify and demonize those who don’t share what we perceive to be “God’s way.” It will artificially pit believers against non-believers, faith against doubt, sacred versus secular, and will miss the point of our Christian faith entirely…. What if, rather than adhering to a spirituality staked on the clarity and defense of one’s beliefs, we discovered a spirituality which held both belief and doubt as critical to our journey? What if we could see the process of doubting not as something to lightly entertain while we quietly and confidently “know” underneath it all, but as one of the hallmarks of a sincere and wise spirituality?

Second, Eric Meyer (a fellow Regent sojourner) has written a really thought-provoking piece examining the historicity of truth, the “reasonableness” of religion and whether a demonstration of this is (or ought to be) a goal worth pursuing. Another excerpt to pique your curiosity:

[T]here is no way out of history and into the universal—at least not without making some very “religious” sounding claims about the capabilities of human reason. Likewise, any notion of the steady progress of humankind under the tutelage of Reason (now unshackled from superstition) is telling a story about the origin, goal, and meaning of human life, and as such is making religious claims. Finally, secular ethics is, at its best parasitic on the values inculcated by religious traditions. At its worst, it is unaccountable to religious traditions altogether and falls prey to the temptation to objectify and instumentalize human beings and the rest of creation for the sake of whatever appears “rational” at the time. The “universal truths” of secular ethics are a harvest planted by someone else.

Two different pieces addressing different concerns, but both containing much to think about, I think, as we head into the Easter season.