Thinking your Way to Faith 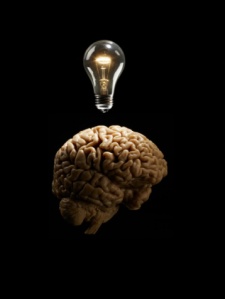 A while back, I had a conversation with a young couple who had differing religious perspectives about how they anticipated raising future children. One of the options floated about was something like this: “We’ll just raise them ‘neutral’; we’ll expose them to as many religious and irreligious options as possible and let them make up their own minds.” Well, that sure sounds admirable enough. Give them the choice. Don’t stuff anything down their throats. No indoctrination or coercion whatsoever. What could be more honouring of the individuality and freedom of our children than that?

Of course, the barely concealed expectation behind such a project is that once kids are freed of the overbearing, clumsy, and possibly even malicious miseducation of priests, pastors, and other religious leaders they will naturally, joyfully, and gratefully embrace some form of secular humanism. That is, after all, what it means to be a “free” thinker. All smart people know that “free” thought inexorably leads away from religion not toward it. This was certainly the expectation/hope of one of the parties in the conversation I had. By exposing their child to a wide variety of religious traditions (primarily as cultural artifacts, mind you) alongside secular “free thought,” the obvious superiority of humanism would shine through.

Well, today I came across an article that discusses this very issue. The author had similar expectations to the ones held by my conversation partner: “I’ll raise my kids to be open to anything (including religion) all the while expecting them to come around to the humanism that I happen to embrace.” The only problem was that his kid was still showing just a bit too much interest in religion, despite the supposed lack of constraints on his thinking from his father. Here’s what the author had to say about his “problem”:

The dilemma remained: what if all the science and fantasy and comparative metaphysics fail to do the trick, and Christian literalism, despite my efforts, works its magic on my children’s minds? Call me intolerant, but I’ll admit it: I don’t want to tell my children what to believe or not to believe, but I would be displeased and disappointed if they were to embrace conventional religious views. I just would be.

As refreshingly honest as this quote is, it seems just a bit, well, closed-minded (not to mention ideology-laden—Christian literalism is not a domain of thought but a form of magic that weaves spells on children’s minds? Hmm… I suppose I’m not a “freethinker,” but that sure doesn’t sound like an objective presentation of the options… ). The biases become quite readily apparent when the results of the “experiment” don’t turn out right. It becomes quite obvious that the main goal is not for little Johnny or Judy to be able to make up their mind on their own. No, the goal is for them to make up their mind correctly. It is for them to (independently?) arrive at the same views that are currently held and cherished by their parents. That sure sounds familiar… kind of like religious education.

To his credit, the author does recognize the irony of his position, and he does seem to acknowledge that free thought could, in principle, lead to a skepticism about humanism itself:

All parents must confront the prospect that if we raise our children to be free, self-confident individuals, they may make choices that we don’t like. Tough. The companion volume to Parenting Beyond Belief bears the title Raising Freethinkers. Sounds appealing—I’d like to raise freethinkers. But what if raising my kids to be truly free in their thinking results in their becoming religious? What if my efforts to instill scepticism in them lead them to become sceptical of my humanism? So be it.

There is much to be commended in this quote. I think that as parents, we do have an obligation to teach our children to think carefully and critically and to honour the choices they make. I also think we have an obligation to teach (and show) them how to live. When we have done these things, and our children end up taking a turn that we did not anticipate or desire, we have to accept that they have their own brains and their own lives and that nobody can make up their minds for them. We have to accept their choices.

Even when that choice happens to be religion. It is possible, after all, that one can “freely” and thoughtfully decide to pursue a life of faith. Rumour has it that it may even have happened once or twice throughout history. Much as many prominent voices out there these days would love to believe (and expound) that free thought is a one way highway to irreligion, this simply is not the case. Even when we are “allowed” to think, it seems, some of us still end up with faith.