The Brains of Religion (My Hippocampus is Bigger Than Yours!) 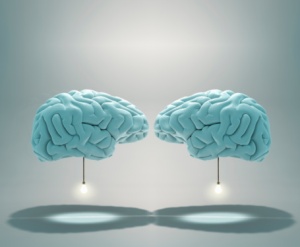 Well this story is bound to induce a combination of chuckles and mild derision towards “born again” Christians and Roman Catholics. Apparently, Duke researchers have discovered that Protestants who claimed not to have had a “born again” experience had larger hippocampuses than Protestants who had. Roman Catholics and the religiously unaffiliated were also discovered to fall into the “smaller” category.

I expect that the internet will now be inundated with clever commentary about the intellectual inferiority of these groups, as if this study somehow verifies what many already secretly suspect: conservative Christians are a bunch of knuckle-dragging dunces, and that their religious preferences are either evidence of their inherent stupidity (or mental illness) or the cause of it.

As is always the case, behind the sensationalistic headlines (see here, for a few examples), the story gets a little more ambiguous. We don’t learn until near the end of the USA Today article, for example, that the people whose brains were examined were all 58 years old or older and that the results of the study are taken from a group of people selected to study a different phenomenon altogether (the effects of depression in the elderly). I’m no expert on the practices and interpretation of scientific research, but this sure seems like a rather demographically specific group from which to extrapolate upon the general effects on the brain of this or that religious preference. But what the headlines imply is that a very select segment of the religious population (of all ages) are somehow less.. something than others. We’re not sure what. But we’re pretty sure it’s less. And that it’s undesirable.

And leaving aside all of that, what, exactly, are we to make of the fact that conservative evangelicals and Roman Catholics supposedly have smaller hippocampuses than their more liberal brethren? How many of us even know what a hippocampus is? Do we just generally assume that hippocampuses are kind of like biceps—the bigger the better? Well, the article gestures toward an explanation in this paragraph:

The hippocampus is an area buried deep in the brain that helps regulate emotion and memory. Atrophy or shrinkage in this region of the brain has long been linked to mental health problems such as depression, dementia and Alzheimer’s disease.

A helpful start, perhaps, but what is the reader to make of the association of these things with certain religious expressions? Is being “born again” or Roman Catholic claimed to cause Alzheimer’s disease and dementia? Does (conservative) religion cause depression? Do they make these things more likely?  Is that how we are to interpret these findings? What does that little phrase “has been linked to” actually mean? We’re not given much by way of interpretation here, other than the fairly implausible speculation that perhaps “born agains” feel more stress by virtue of being a minority position in the broader culture. Which they aren’t, at least in the USA, where the study was done.  So much for that theory.

So, all this is just to say that I think that—unsurprisingly—the headlines around this study are racing ahead of what these studies might actually show. Which is hardly unique, I suppose, when it comes to matters of religion. Someone is always looking for additions to their polemical toolbox, and headlines like the ones coming out about this study will surely provide them. I wouldn’t say that I have ever had a “born again” experience, nor am I Roman Catholic, but I would want to hear a lot more about all of our hippocampuses before I even begin to draw any conclusions about the brains of religion.