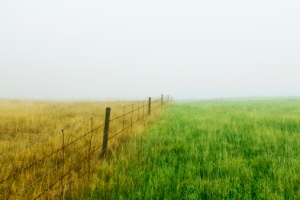 I’ve been critical of Eric Weiner’s Man Seeks God here and there over the last little while (see here, for example), but the book does contain some memorable and insightful passages as well. One must give credit where credit is due. The themes of this quote, for example, struck me as fitting well with the words of Václav Havel in my previous post:

Those three words—in spite of—are the holiest in the English language. As Paul Tillich observes, the answer to every religious question always contains some element of “in spite of.” We are forgiven in spite of our sins. We believe in spite of the lack of evidence. We love our neighbors in spite of their flaws. Or, on a more fundamental level, we get out of bed every morning in spite of the inevitable approach of death. (An act of faith if ever there was one.) There is a huge gap between “because of” and “in spite of,” and in that gap lies the difference between a life of cold reason and a life of faith.

Most of the time we operate in because-mode. Banks lend us money because we have good credit histories. Our employer pays our salary because we contribute to the bottom line. Economic life depends entirely on “because.” The religious life, though, operates in “in spite of” mode… “In spite of” makes a mockery of cost-benefit analysis. It makes no sense, and that is precisely why we need it.

From: Books, Faith, Hope, Quotes, Religion
← It is an Orientation of the Spirit
“Jesus Doesn’t Want You to Love Him For What You Can Get Out of Him” (and Other Pious-Sounding Non-Starters) →
2 Comments Post a comment