“I Wish God Would Just Wipe it All Away” 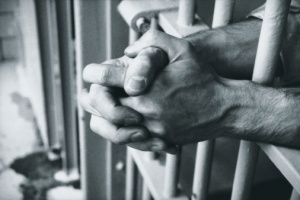 Every morning on my way to work I drive past the local prison. It is a surprisingly picturesque facility—lots of big trees for shade and well-manicured green grass, a nice lake beside it with all kinds of birds, a baseball diamond and basketball courts visible from the road. Nonetheless, the barbed wire and the chain fence around the perimeter leave little doubt about the purpose of this place. The jail on the side of the road has been a regular source of interest for my kids ever since we moved back to Alberta. They often ask if the inmates are allowed to read or watch TV, or about what kind of food they get to eat, or how often they get to play outside. A few weeks ago we happened to drive by while a baseball game was going on. The kids were very pleased.

This morning, I had to drop my kids off at their grandparents before work. It had been a mostly quiet commute, but as we passed the jail my son said, “dad, I wish there was no more evil in the whole world. Then there would be no more need for jails.” His sister was not far behind. “Me too,” she said, “I wish God would just wipe it all away.” An interesting conversation followed, where we talked about some of the differences between restorative and retributive justice, about how sometimes institutions contribute to the problems of the world rather than fixing them, about how the stories of inmates are often very complicated, about evil and human freedom, etc. Needless to say, their interest in the conversation gradually began to wane.

But however we parse the complexities of the criminal justice system (or any other human institution, for that matter), at rock bottom the hope my kids fleetingly expressed this morning is the hope of virtually all human beings, regardless of their religious convictions. A world with no more evil. A world where good is done instinctively and naturally. A world with no more pain and suffering and waste and decay. A world of beauty and harmony and peace. And, for Christians, a world where God moves from the margins and the shadows to take centre stage. A world where we truly see and know God rather than the seeking and longing and missing that we are so familiar with now. Yes, I wish God would do all this (and more!) too. Wipe away all the bad stuff and make things new and right and clean. This is what we hope for. This is what we live for. This is what we wait for.

After I dropped the kids off, and returned to my study, I read these words about faith and patience in the face of the silence of God from Tomáš Halík’s Patience with God:

In the final analysis, the patience we exercise in the face of life’s constant enigmas, by resisting the temptation to defect and resort to simplistic answers, is always our patience with God, who is not “at hand.” But what else is faith but this openness in the face of God’s hiddenness, the bold “yes” (or at least yearnful “maybe”) of our hope in the profound stillness of God’s silence, that small but tenacious flame that bursts forth again and again from the ashes of resignation even in the longest, darkest, and coldest of nights? In Christianity there is no way of separating faith and hope—and patience is their common attribute and fruit.

If God exercises such patience with us, can we refuse him our own patience of faith, hope, and love, with all the limitations of our human frailty—even at moments when we don’t receive all the certainty and comfort we would maybe wish, at moments of darkness and emptiness, when there is no alternative but to wait or defect from the path of waiting?

From: Conversations with Kids, Doubt, Eschatology, Ethics, Faith, Hope, Peace, Quotes, The Problem of Evil
← Back to the Bible?
The Scratching of Itches →
27 Comments Post a comment