Hope for a World of Lost Horizons 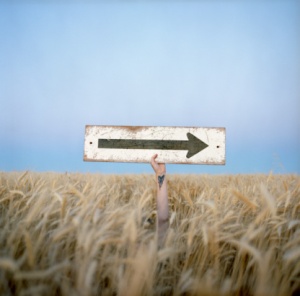 Nearly every Saturday afternoon/evening finds me furiously editing, rewriting, rearranging, hating and hacking out parts of a sermon manuscript that has inevitably grown rather bloated over the course of the week. The longer I do this preaching thing, the more I am convinced that short sermons are far more difficult to write than long ones! It’s relatively easy for me to ramble on (as readers of this blog are no doubt aware!); it’s much harder to keep things concise and, if necessary, to get rid of stuff that I am quite (humbly) convinced is rather eloquent,  insightful, and necessary. Such is the cross I bear.

At any rate, sometimes my Saturday hackfests involve cutting the good words of others as well.  This week I am preaching from Micah 4:1-5 and the powerful vision of a hopeful future the prophet delivers to a people on the edge of exile. Whenever it comes to themes of hope and God’s future, I often find myself reaching toward my bookshelf for the words of German theologian Jürgen Moltmann. I won’t be using this quote in my sermon tomorrow, but I thought it was too good not to do something  with it. Lucky I have a blog for these sorts of things.

This is from Moltmann’s Theology of Hope:

As a result of this hope in God’s future, this present world becomes free in believing eyes from all attempts at self-redemption or self-production through labour, and it becomes open for loving, ministering self-expenditure in the interests of a humanizing of conditions and in the interests of the realization of justice in the light of the coming justice of God.

This means, however, that the hope of resurrection must bring about a new understanding of the world. This world is not the heaven of self-realization, as it was said to be in Idealism. This world is not the hell of self-estrangement, as it is said to be in romanticist and existential writing. The world is not yet finished, but it understood as engaged in a history. It is therefore the world of possibilities, the world in which we can serve the future, promised truth and righteousness and peace. This is an age of diaspora, of sowing in hope, of self-surrender and sacrifice, for it is an age which stands within the horizon of a new future.

Thus self-expenditure in this world, day-to-day love in hope, becomes possible and becomes human within that horizon of expectation which transcends this world. The glory of self-realization and the misery of self-estrangement alike arise from hopelessness in a world of lost horizons. To disclose to it the horizon of the future of the crucified Christ is the task of the Christian Church.