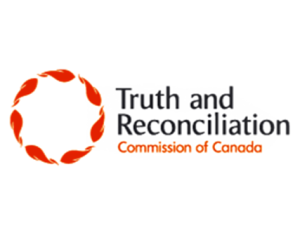 I’ve spent the last two days in Montreal attending the Truth and Reconciliation of Canada’s Québec National Event.  This is one of seven national events held across Canada to provide a space for listening and truth-telling about the history of residential schools in our country.  Events have already been held in Halifax, Winnipeg, Inuvik, and Saskatoon, and there will be future events in Edmonton and Vancouver.  It has been a sobering few days.  So many stories of abuse, neglect, and prejudice.  So many stories of families torn apart, of addiction and violence and dysfunctional relationships.  It was a hard, but  good day of listening.

I’m not going to write anything like a comprehensive post on what I have seen and heard thus far.  That may come later.  I simply want to share one conversation, and then a series of quotes I have heard throughout my two days in Montreal. First, the conversation.  I was walking out of the main session today when an older gentleman with a broad smile approached me and said hello.  After returning his greeting, I asked him where he was from.  “Northern Québec, he replied.  “I’m Paul, and I’m gonna be sharing my story later today.  You should come listen.”  “I will,” I said.  “Definitely.”  Paul grinned and asked me where I was from.  I told him I had come from Alberta.  “Alberta?!  Wow, you came a long way… Why?”  I told him that the TRC was coming to Alberta next year and that I wanted to learn about these issues—that I wanted to hear stories like his, that I thought it was important that we learn how to be better neighbours.”  “Hey, that’s great,” he said.  “Great…”

As we parted ways, Paul looked at me and said, “You know, we’re friends, you and I.  We’re not strangers anymore.  My father used to tell me, ‘there’s not such thing as strangers, just new friends.’”  I told Paul I was very glad to be his friend.  “I used to hate white people,” he said, “but my father taught me that we shouldn’t look at the colour of each other’s skin.  We’re all human beings.”  I smiled, and thanked my new friend.

The following is simply a collection of quotes that I collected throughout the day today.  These are not just a series of isolated statements, even though I am largely portraying each of them as such.  Behind each of these statements is a real human being with a real story of love and loss and fear and hope.  There is no particular rhyme or reason to the order of these quotes.  I simply wanted to give a snapshot of what we are seeing and hearing here in Montreal.  The Truth and Reconciliation is about listening to voices that have not often been heard very well.  Here are a few of them. 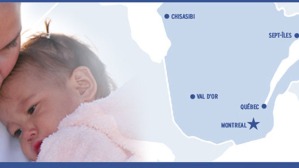 “I want to thank the Creator for giving me an opportunity to be on this earth with you people.”

“I was always struggling as an Indian to find something worth living for.”

“At the residential schools, I encountered not a loving God but a punishing God… I learned about a loving God later from my father.”

“I would like to tell you my story…” (trails off)

“I barely understood what they were saying to me… I couldn’t understand why I wasn’t allowed to speak Cree… We learned to only speak Cree on the playground.”

“I would only cry at night when the lights were turned off.”

“I was forever feeling shame…”

“I didn’t learn how to communicate with my children…”

“I was like a stranger in my own family when I returned.”

“My goal was to forget.”

“I spent so many years crying.”

“We are first and foremost looking for dignity.”

“We were looked upon as people who didn’t deserve to be loved by the people of Québec or by God.”

“They would beat us until we learned that we were not allowed to cry.”

From an 75-year-old who was placed in foster care early in his life, on what he said to a young mother with a child who he recently encountered on the street: “Can you kiss your baby on the cheek for all the times when I was not kissed as a boy?”

“Believe me, I know what suffering is.”

“The name I was given was the word “bastard.”

“I can still hear those keys turning, locking the doors…”

“I was angry for the first fifty two years of my life… I’m not angry anymore.”

“I’ve always thought I was a lost cause… But I’m not.”

“I came here to finally close the door of hell behind me.”

“I didn’t know how to give or receive love.”

“But the Creator had other plans…”

“Thank you.  And be kind to each other.”

From: Church, Culture, Current Events, Ethics, Hope, Indigenous Issues, Multiculturalism, Peace, Pluralism, Politics, Religion, Spirituality, Stories on the Way, Tolerance
← What We Talk About When We Talk About God Is Often Ourselves
Symbols →
7 Comments Post a comment