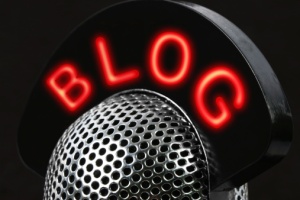 This morning’s tour through the aggregator yielded a couple of pieces that gently admonished self-indulgent blogger-types for their propensity to write about blogging. Nothing too serious, just a kind of slap on the wrist for those prone to indulging their already hyperactive narcissistic tendencies by making oblique (or explicit) reference to their popularity and influence (or bemoaning their lack of popularity and influence), or who commemorate blogging “anniversaries,” milestone posts and comments, or who just generally seem to assume that their blog is quite a bit more important to the world than it really is.

I understand and appreciate the reminders. Really, I do. I’ve thrown up a few of these types of posts myself over the years, and I quite freely acknowledge that they tend to spring, at least in part, from a hunger for recognition or admiration, or from a place of pride and selfishness or whatever. I suspect that most people who spend hours and hours writing for no pay and a relatively, ahem, limited audience tend to have an overdeveloped sense of their own giftedness. I suspect that most people who do this blogging thing tend to think that what we have to say is more thoughtful, articulate, and life changing than it really is. Most of us have little need to stoke the flames of ego any higher than the infernos that presently rage out of control.

As frequently and consistently as plain old pride and selfishness serve as more than adequate explanations for so much of human behaviour, I think that there is more to this story of why myopic bloggers feverishly pound out their navel-gazing posts about the experience of blogging. Underneath it all, no matter how many and varied are the ways in which the sticky tentacles of selfishness weave their way through all of our motivations and activities, somewhere down deep in there, there are generic human longings that are trying to find expression—longings that extend far beyond the world of blogging.

We were not made to be alone, but to be in community with other human beings. Introverted, writer types may be uniquely poor at life in the real world with real flesh and blood human beings, but the hunger does not go away, it just expresses itself differently. I think that all of us want to convey some sense of what it’s like to be me—what life looks, sounds, tastes, and feels like from inside this amalgam of flesh and bone and soul and chunk of meat between the ears.

2. We long to be understood.

3. We long to know that we are not alone.

Yes, the age of the Internet has surely yielded the perverse irony of millions of lonely people hammering away on their keyboards, frantically hurling their hopes and fears and myriad insecurities into the ether in a desperate (and often futile) attempt to keep the loneliness at bay. Yes, we would often be far better served to, I don’t know, go outside, go to a park or a pub or a party and talk to real human beings. But the Internet has made/is making us useless at these kinds of normal things :). So we write. We blog and we Facebook and we tweet and we comment and pin and “like” and God knows what else, all to reassure ourselves that we aren’t the only ones who feel like we do.

These three longings are, of course, little more than an elaborate way of saying that we are persons who long to be in some kind of communion with other persons.

I have hundreds of blogs in my reader whose headlines my eyes wander across daily. Increasingly, I am pausing on only a few—those that give me some sense that the writer will be sharing something of who they are in what they write. I’m sure I am missing all kinds of fascinating articles about what position I ought to take on Syria or sexuality or the atonement, or about the latest ministry trends, or interpretive strategies for reading the Bible, or important upcoming events and speakers, or insightful reviews of books I ought to be reading, or whatever. But, to be honest, I don’t really care. These kinds of posts are a dime a dozen. I’ve written many myself and, quite frankly, they bore me to death. What I want to read is something raw and honest, something that conveys something of the terror and the glory of being human, something that is not afraid to hold uncomfortable realities up to the light, to turn them around and inspect them, to recoil in horror or collapse into embrace. I don’t want to read another post about what I should think about x or y. I want a window into another human soul making its way through this journey of struggle, sorrow, sin, and salvation.

Which is all a way of saying, I suppose, that I am less interested in positions than persons these days.

So, to all the insecure blogger types out there who love to write, even if nobody reads, whose ambitions far exceed their abilities, who are trying, in whatever confused, selfish, and partial way to give expression to the three longings above (and others, no doubt). Keep at it. I don’t mind reading about how many posts you’ve written or about the book that you’re about to publish or about the award you didn’t receive or the list you didn’t make it on. I don’t mind hearing about how this whole weird process of writing to anonymous eyes on anonymous screens in anonymous places makes you feel or about how desperately you wish more people would read what you write. I don’t even mind the transparent insecurity that all of this blogging about blogging betrays. I know what it feels like and I know where it comes from.

(Oh, and close the laptop and go outside once in while, too. I’m told that the real people don’t bite.)