How Can They Believe? 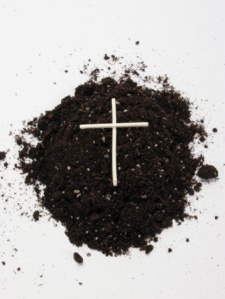 I remember sitting in church listening to missionary reports as a kid. I remember all kinds of stories and images of people and places that my young small town prairie self could barely get his head around. It all sounded so exotic. Barely comprehensible, even. I remember reading stories from one of our missionaries in what is now the Democratic Republic of the Congo. Stories of snakes and crude village huts and people who looked and sounded nothing like any people I had ever seen or heard—people with strange and (probably evil) beliefs that we were, thankfully, sending (white) people to correct. I doubt any of these missionary presentations and stories passed by without some reference to the passage in Romans quoted above.

How can they believe in the one of whom they have not heard? This little verse has reverberated down through the ages. So many missionaries, so many good people motivated by love for Jesus heading off to strange lands to preach the good news. So much devotion and dedication, so much concern for lost, eager ears itching for good news. But so often, the news wasn’t experienced as good. Not at all.

This past weekend I finished Ojibway author Richard Wagamese’s fine book, Indian Horse. It is a story like so many others. A little Indian boy taken from his family to a residential school, with all of the abuse and hatred and confusion and addiction and dysfunction that ripples out from so many of these stories. It is the story of authoritarian and misguided religious professionals who were convinced they were bringing the gospel to dark places and dark people. How can they believe in the one whom they have not heard?

And so they heard. Boy, did they hear. They heard about the Prince of Peace in a language they couldn’t understand and bound up with a cultural package that they experienced as hateful, coercive, and utterly foreign to everything that was familiar to them, everything that gave them identity and meaning in the world. They heard about the love of Jesus hundreds of miles from family who loved them, from the mouths of people they were often quite convinced hated them and their people. Oh yes, they heard.

And, of course, this is just one small slice of a long history of similar stories around the world. I spent most of the summer reading novels written by Africans or set in Africa.  Barbara Kingsolver’s The Poisonwood Bible—the story of a well-meaning Christian missionary family from Georgia’s doomed efforts to plant the gospel in the Congo—obviously looms large here, but it’s not the only one. There are so many stories of culturally insensitive, naïve white folks tramping off to strange lands armed with their religion, convinced they were doing God’s work. How can they hear without someone preaching to them? And yet “preaching” has so often been bound up with a paternalistic, domineering, colonial approach to those who should have been understood and treated like neighbours. So often, I think, people would have been quite a bit better off if the people who were so eager to preach to those who have not heard had just stayed home.

Yes, hindsight is 20/20. We have no way of knowing what the people and the places that have experienced the Christian colonial/missionary enterprise would look like today if these efforts were never made. Would they be better or worse off? Who can say? Undoubtedly there has been good done down through the ages, too. Salvation, for example, which always springs up in the unlikeliest of places. And of course there is the spread of literacy and education, and other life-giving things as well. It is surely folly to self-righteously re-write or re-imagine a history without the Christian missionary enterprise. It’s also pretty useless. We are where we are. What now?

For me, there are at least two implications of living with this history. First, we must resolve never to share the gospel like this again. The message and the method must match. If we proclaim a gospel of peace, forgiveness, and reconciliation, the mode of our proclamation (in word and deed) must be commensurate with the content. The gospel must be shared like a gift, not forced like an agenda. We must invite not impose. Jesus always honoured people’s freedom to choose for themselves. So must we. And we must do so with the settled conviction that we do not understand everything (or even as much as we think we do), and that we are fellow pilgrims on a journey of human equals.

Second, I think the colonial and missionary history of Christianity ought to blur our theological categories a bit, particularly the ones pertaining to the scope of salvation. So very often, the God people encountered through sincere but spectacularly misguided Christians was a God who considered them primitive, unenlightened, heathen, barbaric, and generally less than good white Christian European types. I quite literally can’t imagine conceptualizing this as good news. I can’t imagine following Jesus after spending ten years in a residential school. I can’t imagine the dissonance. I can’t imagine bowing down in worship to the one I can only associate with trauma, neglect, abuse, and the eradication of my people and culture. The fact that people genuinely did (and do) encounter the risen Christ through some of the church’s truly appalling efforts at proclamation is a testimony to the grace of God and to the longing of the human spirit.

If I truly believe that God is good and just and merciful, I cannot imagine anything other than a future where the people who have been on the wrong end of the worst of the Christian missionary enterprise are welcomed into the divine embrace, whatever their beliefs about God might be. I cannot imagine the God I know in Jesus Christ condemning people who failed to respond to preaching like this. What I can imagine is a great eschatological reversal with those who were persecuted in (not for) the name of Jesus having the opportunity to forgive those of us who didn’t know what we were doing—or, far worse, knew exactly what we were doing and blindly pressed on.

I’m not against missionary efforts or sharing the gospel. I am against making it harder for people to embrace Jesus than it should ever be. And I am against holding people accountable for sins that they never committed—sins that can take a lifetime to recover from.