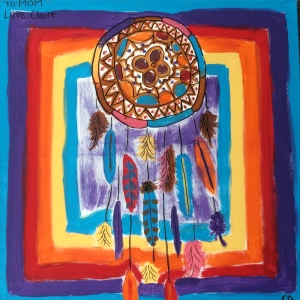 At any given moment, I have around half a dozen half-written blog-posts and/or fragmentary ideas lying around collecting dust in my “drafts” folder. Sometimes these turn into full-length pieces. Sometimes they just forlornly sit there for months on end until I either get sick of looking at them OR forcibly wrench them into a “Miscellany” post. Today, it’s the latter. 🙂

Here, then, my latest assemblage of ideas about totally unrelated topics…

A while back, I was driving my daughter to swim club when she asked one of those questions that I wish she would never have to ask… Dad, how come when I look on the covers of the magazines—you know, the ones that have all the famous and pretty people on the cover… How come there are never any brown people on the covers?

I gulped and took a deep breath. Well, there are some, I said, unconvincingly. I mentioned a few Hispanic artists/actors that I knew she was dimly aware of. Yeah, I know about them, she said. But why aren’t there any brown people like me? You know, First Nations people?

Another gulp. Another deep breath.

We talked about the nature of celebrity… about whether or not this was a worthy barometer for value… about how pop culture tends not to reward the traits and characteristics that are worth aspiring to… But I don’t think any of this did much to blunt the force of my daughter’s question. Yeah, okay, I get all that, but even so… How come our culture doesn’t seem to like brown people? We’re pretty, too, right? We can sing… We can dance… Why do some people seem to matter more than others?

This morning I read an article that talked about how families of missing and murdered (primarily indigenous) women in Canada felt that they were treated by those in authority. A few quotes stood out.

My daughter’s question crashed around my skull as I read the article: Why do some people seem to matter more than others?

And, of course, the real answer, the answer that I dared not speak aloud, the answer that my daughter will come to learn soon enough (Christ have mercy), the answer that is as demonic as it is pervasive, is that the reason that brown people’s lives don’t seem to matter as much as others is because, for many—even in 21st century “enlightened,” “tolerant” countries like Canada—they don’t.

Yesterday, I started reading Matthew Crawford’s latest book, The World Outside Your Head. His previous book, Shop Class as Soulcraft, was a marvelous plea for, among other things, an appreciation for the dignity and value of manual labour in a world where we are increasingly disconnected from and ignorant about the physical stuff of life. In his latest book, he’s taking on “the age of distraction”—how the digital age forms us and what we value, and, interestingly, who profits from this.

One quote, buried in a footnote, already stands out. Referring to Jaron Lanier’s Who Owns the Future?, Crawford says this:

Digital networks that make information appear to be “free” have had the effect of making it harder for people to be compensated for their talents. We have become laborers who cheerfully contribute to the value of the network (consider the staggering array of talent on display on YouTube), but that value accrues to whoever owns the network. Our desire for recognition from other people makes us post our best efforts online, and it is the ideologists of “free” who become billionaires while promoting the spirit of sharing.

Ah, the myriad ironies of our online lives. The early promises of the Internet were all about equality and democracy and the sharing of ideas and the emancipation of those to whom information was previously unavailable. And these hope have partly been realized. But only partly.

What has also happened is that a tiny number of people have gotten fabulously wealthy by discovering how to monetize our every online interaction with advertising and ephemeral clutter, and to convince us to “cheerfully contribute to the value of the network” by slavishly uploading content and frantically scattering our affirmation and/or howls of righteous indignation to the digital wind in the hopes of marking out our little corner of value and meaning in an ocean of trivia and noise.

And, in a final triumph of irony, to dupe us into thinking that our online efforts represent some triumph of human freedom or agency or “connectedness.”

A friend recently convinced me to read Brené Brown’s Daring Greatly. So I’ve added this book to the half-dozen or so barely begun books that sit plaintively on my nightstand, waiting for their owner’s attention that has been destroyed by the Internet (see above), to be corralled and channelled in their direction.

One of the chief themes of the book is, as far as I can tell at this early stage, vulnerability. At one point, Brown describes vulnerability thus:

I define vulnerability as uncertainty, risk, and emotional exposure.

I am not, as it happens, attracted to any of these.

But it occurred to me, with last Sunday still firmly in the rear view mirror, that the Easter story could, in some ways, be read as a story of the vulnerability of God. Many Christians would bristle at the notion that anything in God’s economy could ever be “uncertain” or “risky.” But last week, as I read the gospel accounts of Jesus’ final days, vulnerability—uncertainty, risk, emotional exposure—seemed to ooze out of every part of the story.

If it is possible, take this cup from me…

Not my will but yours be done…

Why have you forsaken me?

Into your hands I commit my spirit…

And, at any rate, a God who hangs beaten, mocked, accused, ridiculed, and dying on a cross, is nothing if not vulnerable. To suggest any less would seem to reduce the whole story to a sick charade, performed, inexplicably, for our benefit alone, by a God who floats, imperiously, above the fray.

I think more of God than that.

The feature image above is a painting my daughter made for my wife when she was younger. It hangs proudly in my home office.