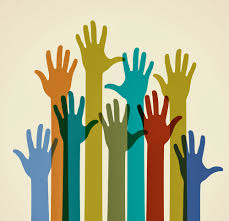 Every day, it seems, the refugee crisis in Europe worsens. Every day, the headlines that jump out at me when I open my computer in the morning are grim and foreboding. Last week it was capsized boats and trucks on the side of the road. This morning, it’s a train station in Budapest where police are preventing thousands of migrants from boarding trains bound for Germany. And tomorrow?  Next week, month, year? Who knows?

It’s not at all hard to understand this reaction. There’s only so much that the social safety nets of these countries can handle. And beyond the pragmatic argument, there are live questions about just how people from places like Syria, Iraq, and Afghanistan will fit—culturally, religiously, politically—into mostly secular European nations. How will decisions made about Middle Eastern refugees reconfigure the European landscape? What will things look like five, ten, twenty, one hundred years from now? These are realities that I suspect Europe is being forced to wrestle with in a way that North Americans have yet to be faced with in the same way.

And I wonder about these questions, too. As I’ve written about before, we’re in the process of sponsoring several Syrian families to come to Lethbridge—a small city on the Canadian prairies. And we are already getting inquiries about sponsoring more. How will this new configuration change them? How will it change us? This city will look and feel nothing like home for the families that are coming. And, I suspect, there will be things about their own assumptions and practices that will be completely foreign to those of us who have called Canada home for our whole lives. There are things that have to change when difference is introduced to any equation.

Permit me a brief detour. I’ll try to bring it back to the discussion of refugees at the end.

A few days ago, I read an article on adoption by J.D. Flynn over at First Things. The gist of the piece was that adoption while admirable in many ways, was a “deviation” from the natural order, and that we should be doing more to render adoption unnecessary (Flynn is an adoptive parent, incidentally). The article didn’t sit very well with me, but I didn’t bother to think very deliberately about why this was so. I reread the article today, and I zeroed in on this paragraph:

But even in the most beautiful circumstances, adoption always represents a disruption to the natural order. Catholic social teaching emphasizes both the natural rights of children to their parents, and the supernatural privilege of parents to share in the procreative love of God the Father…. Adoption, by which natural parental rights are severed, is a deviation from that pattern. No matter the situation, even when it is the best choice, there is an always an element of tragic sadness to undoing a family bond.

I’ve been thinking about this idea of adoption as a “deviation” from some kind of divine pattern or “natural order.” I’m biased of course. I am an adoptive father. I have many friends who have adopted or are in the process of adopting. And while I understand what Flynn is saying, and while I am very aware that there are enormous challenges that adoptive families face that “natural” families do not encounter, and while I agree there is an element of “tragic sadness” to all adoption stories, and even while I am prepared to admit that adoption can easily be romanticized and used for selfish ends, I want to say that I think that Flynn has missed something crucial about God, about adoption, and about what that “natural order” looks like in God’s arrangement of things.

The “natural order,” for our God, is bringing impossibly different people together and calling them “family.”

The story of scripture, the story of God is, in many ways, about the creation of a profoundly “unnatural order,” where Gentiles eat with Jews, where tax collectors and prostitutes mingle with religious know-it-alls, where gender biases are abolished, where last become first and first become last, where sinners and saints embrace realizing they are one and the same, where every tribe and tongue is brought together by the one God who made and loves them all.