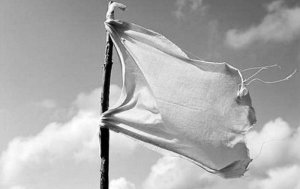 This blog has been rather quiet over the last few weeks. There are a few reasons for this. It’s been a frantically busy period for me. The two Syrian families that our local group of churches has sponsored arrived on January 8 and since then life has been rather full. It’s a good “full,” but I collapse into bed most nights feeling utterly exhausted. Aside from that, I haven’t really felt like I’ve had much to say lately. This may simply be down to the aforementioned weariness, but I seem to go through seasons of life where I get tired of the sound of my own voice, the clang and clatter of the same old tired ideas crashing against the boundaries of my skull. There are some stretches where the sermons and blog posts and articles come quite naturally. There are other times where I bore myself to death and it feels like every word has to be dragged out of the quicksand.

At any rate, given the fact that energy and words are in short supply at present, I decided to get something of a head start on next week’s sermon. In my case, “head start” means taking a cursory peek at next Sunday’s lectionary readings on Monday morning instead of Tuesday. And what should I spy amongst this week’s texts but 1 Corinthians 13:1-13. Hooray! This is kind of the preachers’ equivalent of having a juicy fastball thrown across the middle of the plate. There are no shortage of Sundays where the lectionary presents us with texts of the more head-scratching variety, texts where my first thought is often some version of, “How am I going to make that work in a sermon?!” 1 Corinthians 13 is not among these texts. Who doesn’t want to talk about love, after all? 1 Corinthians 13 is one of those texts that almost makes up for all the Nehemiahs and Ezekiels and Leviticuses and Revelations that can frustrate and bewilder.

But it’s easy to swing and miss, even at juicy fastballs right across the middle of the plate. It will not do to just get up in front of people and say, “well, you see, the Bible says that we’re supposed to be loving and that love is very important, so let’s get busy on that, shall we church?” You wouldn’t get much disagreement on the point, I suppose. But it’s not exactly a lack of knowledge that prevents us from loving as we ought to. It’s not as though we’re unaware that Scripture calls us to love as God has loved us. It’s not even that we don’t want to be more loving. Most of us would probably like to be better at love than we presently are. The question, as always, is what prevents us from attaining this and how might we take steps in better directions?

It’s important to remember, I think, that human behaviour is profoundly conditioned by the contexts in which we find ourselves. Faith formation and discipleship do not take place in a vacuum where isolated brains evaluate information and evidence and make decisions about which course(s) of action to pursue and which to avoid. Our behaviours and habits and dispositions are deeply impacted by the social contexts in which we find ourselves.

And, in our context, one of the main shaping influences on our behaviours is the Internet. At least so it seems to me. And so a question that we must always be asking, as followers of Jesus who are seeking to be more at home with Christ and his way in the world, is: How does the context I find myself in contribute to or detract from the goal of becoming what I was made to be and to do in the world?

Let us assume that, for the Christian, the goal is a 1 Corinthians 13 kind of life. The target is a familiar one, right?

Ok, now about that shaping context. As I reflect on my own observations online, even just over the past few months, it seems that popular discourse in this medium can quite easily be described as the opposite of each of the characteristics and dispositions described in this marvelous passage from Paul. Whether it’s the nasty rhetoric about refugees and migrants or reactions to our provincial government’s attempts to promote gender-neutral washrooms in public schools or the toxic and adolescent nature of political discourse south of the border or [pick your Facebook-able, indignation-inducing cause du jour], we frequently see:

And, of course it almost (but not quite!) goes without saying that is true on both the “right” and the “left” on any and every issue that causes the Internet to heave and lurch in paroxysms of self-righteous fury.  Generally speaking, we don’t do love well on the Internet.  We just don’t.

I offer no prescription for this cursory diagnosis here. I simply rehearse the basic maxim that it is important to know thy enemy. We who seek to be people who are formed and shaped by love ought always to be aware that we daily marinate in a shaping context that seems uniquely tailored to cultivating, or at least providing a ripe opportunity for the opposite of love to make its way into the world and into our hearts and minds.

Is it possible for the Internet to be a forum where love is extended into the world? Yes. Have I seen this? Occasionally, sure. Is it possible that I’m just uniquely skilled at ferreting out (and morbidly fixating on) the most rancid and uninspiringly loveless corners of the Internet? I suppose. Many things are possible. But it seems to me that if I want my life to be characterized by more of the things that Paul says love is, I might consider spending less time and energy on the places where it seems quite reliably to be that love isn’t.

From: Blogging, Culture, Current Events, Discipleship, Ethics, Love, Technology/Digital Culture
← Life of the Party
Sometimes You Have to Smile →
8 Comments Post a comment