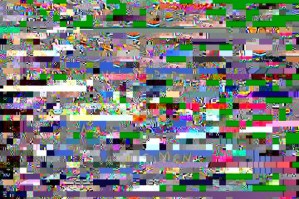 She had the remnants of tears in her eyes when I saw her as I rounded the corner and pedaled down the alley toward my garage. I had come from a friend’s house where we had spent the Canada Day holiday afternoon watching the European soccer championships. It was a glorious day full of red and white maple leaf flags on the front lawns of our small town, the glorious sunshine lighting up the day after a ferocious thunderstorm. Summer had arrived and all seemed well in the world. But not for this young woman.

She was maybe twenty years old. Purple hair, multiple piercings, dark makeup. She had a heavy sweater on that seemed out of place for July 1. She looked hot. Her eyes were puffy and red and her lips quivered as she did her resolute best to look normal. But there was a sadness and a kind of panicked anxiety that was difficult to disguise.

Our eyes met for a very brief second. I lamely attempted to smile. She looked quickly way and strode determinedly past me. Should I follow her and talk to her? I wondered. Should I ask her if something’s wrong? If I can help? I thought about it for a minute, weighing the costs and benefits of such an action. Do I have time for this?  Will she be annoyed?  What if she thinks I’m crazy? In the end, I did nothing. I locked up my bike and went in the house. She probably wouldn’t want to talk to someone like me anyway, I reasoned. And besides, who am I to interfere?

What a very Canadian thing of me to do on Canada Day. We who have turned apologizing and obsequious deference into national sports. We who would do anything to avoid interfering.

I went inside and busied myself with this, that, the other thing. Occasionally I looked out the back window toward the back alley. Sometimes she was there, sometimes she wasn’t. She was obviously agitated, obviously looking for something or someone. I continued to studiously avoid interfering.

I put the book down and thought about the stranger who might be hurting in my back alley. I contemplated the everyday failure I was presently enacting. I went out into the back yard and opened the gate. I looked down the alley, this way and then that. I had it all planned out, in my mind. Are you looking for someone? Is everything ok? I would be kind and attentive to the need of my neighbour. I would set aside my reluctance to impose myself on a situation and be a means through which God could love another human being.  Seeing nothing, I went to the front window and looked down the street, this way and then that.  I would not leave this thing that I ought to have done undone.

But she was gone.

I slumped dejectedly into the chair on my front porch. I felt small and selfish. I had not taken time. Who knows what I could have offered or what would have been welcomed? A kind word? A phone call? A drink of water? A smile? Food? An offer of assistance? But all these things remained undone. Who was I to interfere, after all?

Perhaps I was precisely the one to interfere. Perhaps our cities and towns and neighbourhoods could use a few more people determined to interfere on behalf of hurting strangers, to take the time to join inner aspiration with outer reality.

From: Discipleship, Ethics, Quotes, Random Musings, Stories on the Way, Suffering
← On Signaling Virtue and Practicing Righteousness
The Way Through →
3 Comments Post a comment