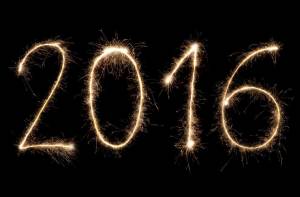 In a few weeks I will have been writing in this space for an even decade. Or, about nine and a half years longer than I expected when I first started blogging. As the years go by and the posts accumulate, I find it fascinating to track which posts grab people’s attention and which fade into online oblivion pretty much from the moment I press “publish.” As I’ve said before, I’m regularly surprised how posts that I’m quite proud of generate barely a passing glance and posts that I consider to be rather average receive a much wider viewing. Such is the wild world of writing online.

At any rate, as has become my habit over the past few years, here are the five posts that rose to the top of the pile in 2016 along with a brief description of each.

I’m Sorry, Christian, But You Don’t Get to Make That Move

This was the only post of the top-five of 2016 that wasn’t actually written in 2016, but it was still far and away my most read piece of the year. In many ways, this post continues to be the surprise of the decade on this little blog. I wrote it a few days after the photo of little Alan Kurdi’s body on a Turkish beach in September 2015 catapulted the Syrian refugee crisis to the front of our collective cultural consciousness. It was meant to be a call to Christians to examine how we speak and think about those we (rightly or, more often wrongly) consider our “enemies,” but the comment section quite quickly degenerated into a free-for-all of the polarizing ignorance, anger, and fear that has characterized broader cultural attitudes toward what the refugee crisis might demand of us (or invite us toward!) and which seems to be the new normal in our present political climate. There was also a good deal of kind affirmation, for which I was (and remain) grateful. Within hours of publishing this piece, it became quite easily the most viewed post of anything I have ever written (and by some distance). It directly or indirectly led to a handful of media interviews and many writing and speaking opportunities. It continues to receive little flare-ups of interest, usually whenever something bad happens to refocus the world’s attention on the Syrian refugee crisis. At last count, this post was approaching nearly half a million hits, which is nothing short of astounding to me.

The Sacred Art of Departing

I wrote this piece after a confrontational encounter at one of the aforementioned speaking opportunities that the previous post generated. My work in refugee advocacy often leads to conversations along the lines of, “Well, what about [insert bad story that can be directly or, more frequently, very tenuously linked to refugees] that happened in [insert global hot spot]?” My response is often very simple: “Just because bad things happen in the world, it doesn’t mean that our obligations change.” As followers of Jesus, our actions are dictated by the One who said “Do not be afraid” not by the way the world seems to be going. The title of the post is borrowed from Walter Brueggemann and a lecture of his I attended once upon a time. To depart from easy and self-protective narratives that are so readily available seems to me to be a sacred and vitally necessary task.

Another post related to my writing about and work with Syrian refugees (are you noticing a theme from 2016 yet?). This post told the story of a surprise encounter with a couple of Texans who had made their way to our little church based on the CNN piece that was done on the Lethbridge refugee response. They had come because they were so impressed with Canada and Canadian values, particularly in contrast with their own nation’s response. The post took this experience as a launching pad for a reflection on the nature and coherence of “Canadian values” and shared human values more generally in these pluralistic times.

The story of 2016 was, in many ways, Donald J. Trump. This post was written the morning after his election to the presidency of the USA. In many ways, it seemed (and seems) to me that Trump is precisely the president that we ought to expect in our present cultural moment. But I am no politico, and I generally think that Christians waste far too much time and energy and hand wringing and angst on this domain of life. Of all people, we are to be the ones who resist the temptation to look to the political arena for salvation. We are citizens of a different kingdom—a kingdom whose task has always been to be salt and light in whatever circumstances we find ourselves. It was wonderful to be able to write about welcoming another Syrian family to our city on the very day that the world was reeling and gasping at the prospect of a Donald Trump presidency

This was the one post out of the top five that had nothing to do with Syrian refugees. I wrote this after attending a fairly severe funeral service. It is an exploration of fear and love and whether the former can be used to produce the latter (spoiler alert: it manifestly cannot, in my view). I think this one resonated with readers because many of us have been in contexts where a stern preacher has used fear and death and the fear of death to try to manufacture a response. Fear and the fear of death have their uses, I suppose, but producing lives of genuine love and grateful praise are not among them.

So, those are the five posts that had the most eyeballs pass over them of any that I wrote in the past year. As I’ve said before, though, the main benefit of compiling these year-end posts is to provide an opportunity to thank you for actually reading what I write here. 2016 has been a year where I have often been quite acutely reminded that there is just so much out there for our digital consumption, much of it false and, mercifully, some of it true, much of it ugly and some of it (incredibly) beautiful, some of it choked with hatred and ignorance, and some of it—against all odds—generously wise and laced with love. It would be easy to despair of reading and writing after 2016, but I’m very glad that many of us don’t. It goes without saying that I am immensely grateful for the engagement and connections that take place in this space. Actually, I guess it doesn’t go without saying because I just said it.