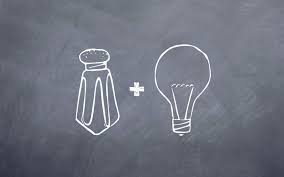 So, the world is today waking up bleary-eyed and incredulous to a Donald Trump presidency. Most of the people in my social media orbit are stunned, shocked, angry, grieving, horrified, anxious, fearful, and whole host of other grim adjectives. I can’t recall encountering this volume of doom and gloom before breakfast in quite some time. The once-laughable prospect of someone as reckless, crude, ignorant, arrogant, childish, and spiteful as Donald Trump ever occupying the White House has now become a reality.

As my wife and I were mulling over this ominous state of affairs this morning, it occurred to me that of all the things that I’m feeling today, “surprise” would be rather low on the list. I’m not surprised. Not really. In many ways, a Donald Trump presidency has a certain perverse logic to it in a cultural context where politics is theatre, where journalism is entertainment, where political opinion is shaped by the reactive and emotive deliverances of Twitter, and where once admired virtues of civility, truth-telling, moral character, and transparency are so often treated as little more than speed bumps on the superhighway to superpower. Donald Trump as president is, in some ways, exactly what we ought to expect in light of what we have to come to value and what we have chosen to ignore.

And now, we will be treated to weeks on end of reaction. Those of us who are disappointed by the results of yesterday’s election will find it tempting to look with incredulous disdain at the ignorant masses who did this. There will be endless mockery and the relentless apportioning of blame. Those who are elated by it will gleefully exult in the middle finger to the establishment, the media, the politically correct, etc. that this decision represents. On and on and ON it will go. We will agonize over how this was possible about what it says about us about what it means for the future about how impossible it is to understand “those people,” whoever “those people” might be. For me, the most parsimonious rationale for the decision itself and the endless stream of commentary it will unleash comes from the pen of the prophet Jeremiah:

The heart is deceitful above all things

Who can understand it?

As it happens, I spent a good chunk of Election Day with friends and neighbours welcoming another Syrian family to our community. It was a wonderful distraction from the insanity of the media machine, and was of course delightfully ironic in countless ways. At one point, I looked around at this unlikely collection of humanity gathered together on an improbably warm November day on the Canadian prairies. We had Christians of at least four different denominations who had come together nearly two years ago to begin this journey of refugee sponsorship together. We had our new Syrian friends who had just welcomed a brother and sister at the airport. We had neighbours from the down the street. We had a translator who had become a friend. We had a mixture of Mediterranean and Western food laid out on a groaning kitchen table. We had endless smiles and hugs and kids bouncing off the walls, a noisy din of English and Arabic mixing and mingling in the air.

At one point, I overheard our translator friend talking enthusiastically to the new arrivals from Syria. “What are you talking about?” I asked. She told me, “I was just telling him that about how amazing this group is… that before the government ever decided to do anything, this group of churches was out in front leading the way.” I think she went on to say a whole bunch of other very nice things, but I was kind of lost in thought from that point onward to be honest. I marveled at what is possible when ordinary people far from the official levers of power and influence decide that good needs to be done. I looked around at all the people in the room and breathed a quick prayer of gratitude for each of them. There are moments when I feel embarrassed by the behaviour of my fellow Christians (election cycles, for example). This was not one of those moments. This was a moment that made me proud to number myself among those whose lives have been upended and rerouted by the love of Jesus.

“You are the salt of the earth. But if the salt loses its saltiness, how can it be made salty again? It is no longer good for anything, except to be thrown out and trampled underfoot. “You are the light of the world. A town built on a hill cannot be hidden. Neither do people light a lamp and put it under a bowl. Instead they put it on its stand, and it gives light to everyone in the house.

There has never been a social or political context that has not been in need of salt and light. Salt to preserve goodness and truth and beauty in contexts that seem destined for nothing but rot and decay. Light to point toward the love and the life of the enemy-embracing, wall-shattering, truth-telling God revealed most clearly in Jesus Christ. The church has always been entrusted with this high and holy task: to direct human hearts and minds to better and brighter things than the toxic alternatives that we so naturally gravitate toward, that are so deeply embedded in the human heart. To allow the Spirit of God to take us by the hand and lead us away from violence and deceit and arrogant self-flattery that we so greedily crave. The church has always been supposed to play this dual role of preservation and illumination. That we have failed so frequently and (sometimes) so spectacularly does not mean that this doesn’t remain our true north, our raison d’etre.

Political leaders and regimes will come and go. Despots will rise and fall, wars will be waged and (mercifully) averted, human hearts will continue to be hell-bent on the very things that are destroying them. This is the way the world has always been and will always be. But there is no force on earth that has the power to prevent the church from fulfilling its twin calling to preserve and to illuminate. Thanks be to God.

From: Church, Community, Culture, Current Events, Discipleship, Ethics, Gospel, Hope, Jesus, Politics, Refugees
← This is What a Christian Does
It’s Hard(er) to Be a Jerk When You’re Across the Table From Your Enemy →
25 Comments Post a comment