How to Be a Bad Theologian 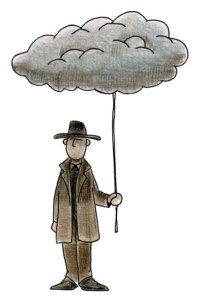 I’ve been thinking this morning about, of all things, hockey pools. For those unfamiliar with this phenomenon, a group of friends get together before the season and pick which NHL players they think will score the most points in the upcoming season. You assemble your roster and then watch to see how they perform against other people’s rosters in the year ahead. I’ve been doing this with a bunch of guys over the past few days. I tend to be pretty terrible at hockey pools, but it’s all good fun.

There are a number of reasons for my historically abysmal performance in hockey pools. I tend to disproportionately pick with my heart rather than my head. I pick my favourite players or players I would most like to see succeed in the year ahead, whether because their personal story appeals to me or they play the game in a way I admire or they avoid some of the typical moronic behaviours of pro athletes (although I did pick Evander Kane, so, apparently I’m ok with the odd strategic departure from my ideals). I also tend to pick players from my favourite team (the Calgary Flames; cue mockery). Both of these are variations of what psychologists call confirmation bias. My picks align with what I want to be the case in the hockey season ahead.

My most basic error may, however, be less psychological than theological. This sounds weird and forced, I know—just the sort of thing that an amateur theologian might come up with on a dreary and weary Friday morning. But stay with me for a minute. My strategy for making my picks, such as it is, involves little more than calling up last year’s statistics, analyzing who got the most points or most points per game, and then unimaginatively extrapolating this to the future. What players have done is the basis of my assessment of what they will do in the year ahead. There is little room in my “system” for newness—for the impressive rookie who blows everyone away (i.e., Matt Barzal, last year) or the veteran on a downward trajectory who has an utterly unexpected return to form (i.e., Eric Staal) or the career season that nobody saw coming (i.e., half of the Vegas Golden Knights).

In sum, my picks betray a failure to consistently adhere to the theological premise which forms the spine of the Christian narrative: the way things have been does not determine or even accurately predict how they will be. Newness is not only possible, but promised.

It’s one thing to make a theological error when it comes to something as trivial as a hockey pool. It’s quite another to make it in other more important areas of life. But we do this, too, don’t we?

We view the troublesome teenager as little more than the aggregate of their past mistakes rather than allowing for learning, maturity and growth.

Prospects for a marriage are constrained by recycling the habits and heartaches of what has come before rather than possibilities for new expressions of love to take shape and flourish.

Our evaluation of the trajectory of civil discourse and mutual pursuit of truth is ground down by the unrelenting negativity of what we observe and have contributed to in the past, rather than a hope, however feeble, that human beings can rise above the tribalism and posturing that comes so naturally to us.

Our longing for justice and peace—for our neighbourhoods and for our world—is stifled by long acquaintance with their absence rather than the astounding visions that fired the imaginations of prophets like Micah, Amos, Isaiah, and Jesus of Nazareth.

Our assessment of the possibilities for church—our church or the church—is more dependent upon sociological trends of decline that we see all around us than on the promise of Christ that he will be with us always, even to the very end of the age.

From: Eschatology, Faith, Gospel, Hope, Random Musings, Sports, The Lighter Side, Theology
← Who Can Discern Their Own Errors?
On Hanging Out With Losers (And Other Existential Detours) →
12 Comments Post a comment