We Are Too Liberal With Our Contempt 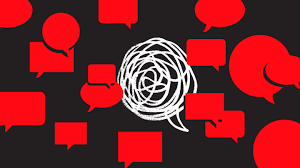 Yesterday, a group of prominent artists, writers, and academics signed an open letter in Harper’s Magazine decrying the rising tide of illiberalism and ruthlessly policed ideological conformity in public discourse. There are some impressive names on the list: Margaret Atwood, Atul Gawande, Gloria Steinem, Salman Rushdie, and J.K. Rowling are just a few of the more than one hundred fifty signatories who are growing increasingly uneasy about “cancel culture” and the censuring of any viewpoints that don’t align with the orthodoxies of the moment.

Rowling, in particular, knows well of what she speaks, having faced quite severe recent backlash for her views on how transgender rights interact with the realities of biological sex. But beyond this or that specific eruption, the signatories point to a worrisome general climate of intolerance that is at least as prominent on the left as on the right:

While we have come to expect this on the radical right, censoriousness is also spreading more widely in our culture: an intolerance of opposing views, a vogue for public shaming and ostracism, and the tendency to dissolve complex policy issues in a blinding moral certainty. We uphold the value of robust and even caustic counter-speech from all quarters. But it is now all too common to hear calls for swift and severe retribution in response to perceived transgressions of speech and thought.

More troubling still, institutional leaders, in a spirit of panicked damage control, are delivering hasty and disproportionate punishments instead of considered reforms. Editors are fired for running controversial pieces; books are withdrawn for alleged inauthenticity; journalists are barred from writing on certain topics; professors are investigated for quoting works of literature in class; a researcher is fired for circulating a peer-reviewed academic study; and the heads of organizations are ousted for what are sometimes just clumsy mistakes.

Whatever the arguments around each particular incident, the result has been to steadily narrow the boundaries of what can be said without the threat of reprisal. We are already paying the price in greater risk aversion among writers, artists, and journalists who fear for their livelihoods if they depart from the consensus, or even lack sufficient zeal in agreement.

I’m hardly the first to observe that what is emerging (online, in particular) is a form of puritanical morality that would rival anything from the more zealous periods of Christian history. And I’m not even on Twitter. I’ve heard it’s, um, worse there. It’s probably not incidental that this phenomenon tends to emerge in post-Christian contexts. We may have left the metaphysics and theology of Christianity behind, but we have enthusiastically preserved the moral absolutes. We are cheerful relativists when it comes to beliefs about God or gods or the lack thereof, but when it comes to (highly selective) understandings and applications of morality, our relativism goes out the window rather quickly.

I think the open letter in Harpers is right to worry about the kind of discursive climate we are creating and enforcing. People are increasingly afraid to say what they think for fear of the swift and retributive judgment of the angry mob. How will people ever learn and grow and modify their views if they’re never allowed to be wrong (or even insufficiently right) without being tarred and feathered online? How is meaningful dialogue even possible amidst so much righteous anger? What about values like freedom of speech, even when it’s not popular? How much social progress has historically depended upon voices who didn’t sing along to the accepted song sheets of the day? And, not to put too fine a point on it, what if the mob is wrong, or at least less right than it imagines?

As I read the open letter today, my thoughts turned to the story of the Pharisee and the tax-collector in Luke 18. Both men are in the temple, praying. The Pharisee gives thanks that he’s not a miserable sinner like other people and helpfully itemizes his righteous deeds for God’s benefit. The tax collector stands off to the side, eyes to the ground, praying for nothing more than the mercy of God. The Pharisee’s performative righteousness would have played well on social media. I thank you, God, that I am not like all those dirty people with the wrong views about race and sex and gender. Look at all the laudatory things that I do for progress on these matters. I could imagine the likes piling up quite quickly. The tax collector’s plea for mercy? Not so much.

And this is the problem, isn’t it? We don’t really do mercy anymore. I worry about the implications of this trend. At the end of it all, the preamble to Jesus’ parable in Luke 18:9 haunts me:

He told this parable to some who trusted in themselves that they were righteous and regarded others with contempt.

Our present climate contains far too much of both, it seems to me. We are too easily convinced of our own righteousness and too liberal with our contempt.