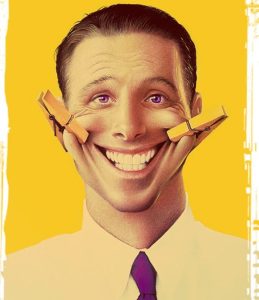 I don’t know much about Rachel Hollis. I haven’t read her books or listened to her marriage podcast or engaged with any of the other media she produces. I know very little about the Hollis brand and what I do know comes second hand. There was an article about her that made the rounds recently. And then she came up on a podcast that I listened to recently. My impression is that she’s built a quite significant following by offering a “get your act together” jolt of personal responsibility combined with an emphasis upon and commitment to vulnerability and authenticity. It certainly seems to be a winning combination in the digital age where we can’t seem to get enough of authenticity or advice.

The problem is that Hollis’s marriage to her husband Dave recently came to an end. It was announced, predictably, on social media. The reaction was equally predictable in its swift and righteous severity (do we even know how to do anything online any more besides react and emote?). Her fans roared to her defense and her detractors began to feed on the carcass. How can someone who has profited enormously on the message of vulnerability and has given every impression of a healthy, if meticulously curated marriage all of a sudden announce it’s over out of the blue? Many felt deceived, and perhaps rightly so. And what about that “you can do it, just try harder” message? Didn’t seem to work out so well. Sitting in the ashes of a ruined marriage after spending years holding yourself up as an example and telling people to pull themselves together and stop making excuses for their failures is a bit of tricky spot to find yourself in.

Two things stood out to me as I listened to the podcast about Hollis’s story. First, the role of social media. All roads seem to be leading here in my thinking these days so forgive me if what follows seems repetitive. But it’s simply impossible to ignore the shaping context of the media within which we increasingly live and move and have our being. We daily pant after the sensational, the titillating, the outrageous, the novel, the admirable and impossible. We want unprecedented access to lives that we deem praiseworthy or worthy of emulation or, conversely, so screwed up that they make us feel better about our own. This is what the market demands and this is what is reliably supplied. We hunger for authenticity (of a sort) and so our celebrities serve it up for us. Human lives become commodities whose value is gauged by the amount of online traffic and engagement they generate.

And then there is, again, the performative nature of everything we do online. I was in a Zoom meeting the other day and was struck by the sheer oddity of being able to observe myself being in a meeting. It was uncanny how often I looked at myself rather than the person who was speaking. Did I look stupid? Did the lighting make me look older than I wanted to? Could I get away with itching my nose? Do I really look like that when I speak? Watching yourself being watched is a very strange experience. But this is in a sense what we do every day on social media. Jonathan Haidt and Tobias Rose-Stockwell recently compared many of our interactions online to talking to people in a street with grandstands along both sides filled with friends, acquaintances, rivals, and strangers, all passing judgment and offering commentary in real time. So, social media rewards both authenticity itself and the parading and performing of our reactions to and judgments upon said authenticity online. It’s hard to imagine a worse context within which to fall publicly.

The second is just the sheer difficulty of being a public person, particularly, I fear, within Christian circles. It’s hard, if not impossible, to be genuinely vulnerable and authentic in a position of public Christian influence, whether that involves writing, speaking, podcasting, or whatever. This is true for everyone from the humble parish priest to mega-influencers like Rachel Hollis. You can be authentic, to a point. You can be vulnerable, to a point. Always only to a point. You’re still supposed to have your act mostly together. You can express the odd doubt or struggle, you can skirt the edges of failure. But it really would be better if you spoke about these in the past tense. If your life is a present-tense mess, we’d rather not hear about it. I’ve lost track of the number of people I know who used to be in ministry who only feel free to say what they actually think when they’re out of the public eye.

Now, I hasten to add that I don’t even really think that absolute vulnerability and authenticity are worthy goals. There’s something to be said for privacy and restraint and not needing to work your stuff out in the public eye. But given the ascendancy of authenticity and vulnerability as cultural virtues and the extent to which they are rewarded (socially and financially), it can be difficult to resist their siren call. And most of us do, on some level at least, long to be known as we are, not as it’s in our best interest to present ourselves. I can’t imagine it felt good for Rachel Hollis (or her husband) to be keeping up the performance while things were falling apart. If we’re honest, most of us know this, even if in limited ways. How often do we answer “fine” when asked how we’re doing when, of course, an honest answer would be considerably more complicated? How often do we censor ourselves, even to those closest to us, for fear of what might happen if we were truly honest?

The stakes of absolute honesty and transparency are high, after all, and have always been. This was true when our social and professional circles were relatively small. It’s even more pronounced in a context that conditions us to market our lives to each other online and then punish each other when the product doesn’t turn out to be as advertised.

From: Church, Culture, Current Events, Discourse, Grace, Marriage, Pastoral Ministry, Technology/Digital Culture
← We Are Too Liberal With Our Contempt
Monday Miscellany →
No comments yet