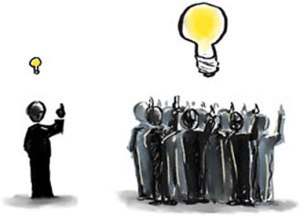 Well, the half-written posts and fragments and links and barely formed loosely connected ideas are piling up in my drafts folder. I need to do some digital (and mental) housecleaning, as it were. So, I guess today shall be a miscellany day. Here’s some of what I’ve been thinking about over the past few weeks.

I read two articles from The New York Times back-to-back last weekend. The first was a piece called “The Limits of ‘Lived Experience’” by Pamela Paul. She’s commenting on the trend among the gatekeepers of popular culture to only allow those whose “lived experience” matches the story to tell it. Whether it’s race or gender or sexual orientation or ability or history or suffering, the only people qualified to act, write, sing, etc. are those whose lived experience and identity match the story being told. Everything else is appropriation of some description or other, harvesting someone else’s pain or identity or status for parasitic personal gain.

Paul summarizes the wearisome terminus of this expectation like this:

Let’s make it personal: Am I, as a new columnist for The Times, allowed to weigh in on anything other than a narrow sliver of Gen X white woman concerns?

Well, good question. My first response to this latest identity-fuelled predicament is to say, “Um, doesn’t this kind of rule out the whole practice of, for example, acting? Isn’t the point of acting to enter into the lived experience of a character that, you know, isn’t you? How could we possibly tell stories or create content or art or music or enter into the humanity of those around us if we are restricted to the straitjackets of the tiny slice of reality that we happen to have experienced? This seems like an insane requirement to me.

My second response was less articulate: How utterly boring! Who on earth would want to consume content created within these anemic parameters?

The second article was a sobering (at least for anyone with kids roughly in the Gen Z or younger range) reflection on the mental health crisis among young people. Depression, anxiety, self-harm, suicide… all on the rise, all exploding in the demographics raised on smart phones and social media. Yes, there are other factors. But it’s almost impossible to overstate the role that the digital worlds that young people have been formed in has played and is playing in this crisis.

A thought occurred to me as I read these two articles back-to-back. We endlessly declare that lived experience is everything, we train an entire generation to filter everything in their world through the (unassailable) lens of their own personal experience, we turn them loose on devices and platforms that train them to constantly seek validation and affirmation, to treat their lives as one big performative exercise, and to measure the performance against others… and then we’re surprised that they’re not ok?

On a related note, Freddie deBoer is pondering the limits of “validation” as the gold standard for ensuring that our experience is appropriately valued in the world”

Indeed, the demand that we all acknowledge that Black/trans/disabled/etc. lives are valid quietly accepts that validity can only come from communal decree, not from the individual. But there’s a big long philosophical corpus in human culture warning people that investing your wellbeing in transitory things you can’t control is a mistake. Of all the toxic and disheartening elements of the internet era, the worst is the way that our concept of human value is so often seen as purely crowdsourced, I think. It’s resulted in an internet where a huge portion of the activity ultimately amounts to people begging strangers to approve of them.

I couldn’t agree more with deBoer’s critique of the ugly and counterproductive ways in which we “crowd-source” human value. But his overall analysis is fairly bleak. There is no ultimate meaning or bigger story that could possibly confer the value that we so desperately crave. Chin up, deal with it. This is sort of his response.

I’d prefer to anchor human value in something more durable and less fleeting than the opinion of the crowd. Something like, oh, I don’t know, the love of God? But then I would say that, wouldn’t I?

Christine Emba has been making the rounds in all the places where smart progressive people tend to go to read smart progressive things. She’s appeared in The New York Times, The Washington Post, and The Atlantic, among others. But she’s doing so with a surprising message. She’s talking about sex. And she’s basically saying that we need to recover things like constraints, boundaries, and the expectation that sex and emotional and relational connection and commitment belong together. Which sounds almost impossibly retrograde for such august outlets.

But the sexual liberation train seems to be sputtering on the tracks these days. When it comes to sex and young people, Emba’s research shows that there is a lot of misery and dissatisfaction out there. Casual sex, hookup culture, pornified culture, whatever permutations and combinations and fetishes tickle your fancy… all of these have been and continue to be sold as a kind of freedom. When it comes to sex, the general idea for the last half century or so seems to be, Don’t let anyone or anything stand in the way of your own freedom to be true to yourself and your experience! But the young people Emba interviews don’t seem to be very happy or fulfilled or connected.

I started reading Emba’s book Rethinking Sex this week. In one chapter, she talks about sitting through a college lecture to incoming students on “sexual consent” (the last remaining criteria when it comes to sex these days). She talked to a young woman afterwards about what she thought. She didn’t quite know what to say, but she knew it felt incomplete, like it was missing something that she couldn’t quite put her finger on:

She was right, of course. A one-hour tableau put together by college risk managers was never going to fully explain sex or impart a full understanding of human dignity, and it shouldn’t have to. The ability to view relationships as shared, rather than transactional, to see other people as deserving of respect and goodwill—that’s the work of decades.

But most of us don’t have this formation, at least when it comes to our sex lives. What understanding we do have has been shaped by an ideal of liberation, with personal agency as the key that unlocks every door. It’s not a moral question, we tell ourselves: the problem with sex is gender roles, or social stigma, or a restrictive biological clock, or even our own unruly emotions that make consent confusing and speaking up harder than it should be. If we could just get really, truly free, things would be better.

But sex has become more liberated, by leaps and bounds. And the problems haven’t gone away.

No, they certainly haven’t. We need far better formation than the confused ideals of liberation and personal agency. These are not serving us or our young people well.

“Help, my daughter is dating a Mennonite!” This was the gist of a very odd phone call I recently received. It was a random middle-aged dad, roughly my age, who was bewildered by the appearance of what sounded like a quite culturally conservative brand of Mennonite teenager that had showed up on his doorstep (and whose parents were very opposed to this). The dad on the phone was from Europe and was very irreligious. He reminded me of this at least three times. He had no categories through which to understand this curious creature that his daughter inexplicably seemed to be enamoured with.

It was a long and rambling conversation that yielded little. I imparted a bit of understanding about the nature and breadth of the Mennonite world. We agreed that given that the couple in question were both pretty much adults, there was not much to be done. Kids will do what kids will do and all that. He thanked me for my time and went off to plan what sounded like a super awkward dinner with this young man and his angry parents. He hoped they would find some compromise. Knowing what I know of this particular Mennonite group, I was not so optimistic.

What a weird collision of worlds, I thought as I hung up the phone. An extremely conservative religious group that seeks to sequester its young people from “the world” and all its contaminants (sexual or otherwise) and a hyper-secular European family that more or less adopts a “whatever floats your boat” approach when it comes to sex and dating among consenting (almost) adults. Restriction and liberation, community constraints and individual freedom, tradition and innovation, acquiescence and authenticity all coming together in one big confusing conflagration.

This is our world. God help us. Literally.

A final question on “lived experience” to wrap up. How could there be such a thing as a Christian, if this were true?

It is (cultural? theological? existential?) appropriation of the very best sort. And God, how we need it.