Bavaria, Lisbon, and the Problem of Evil 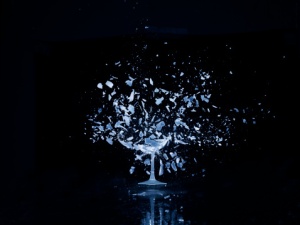 This morning I was washing the dishes, listening to the sounds of my happy children playing (surprisingly!) peacefully together. Some days everything just seems right with the world—the kids aren’t fighting, the sun is shining, I’m not wretchedly behind in my schoolwork, the Flames beat the Oilers last night…

As I was enjoying this pleasant morning, my thoughts drifted to a story I had read the previous night about the devastating storm that hammered northern Europe this week. About halfway through the article, buried amidst news of flight cancellations and infrastructure damage, was the news that the storm had caused a patio door to crash into a baby in Bavaria.

Somewhere, an ocean away from my peaceful morning, a family is grieving the loss of a child because of the weather. Somewhere, a mother or father has had the possibility of an ordinary peaceful morning like mine, washing dishes, listening to the sound of their child happily playing, taken from them. I was struck, again, by how absolutely absurd and unjust it is that something so catastrophic and devastating from a human perspective could be the result of things like weather patterns. How do these things happen in a world that I believe is governed by a sovereign God?

About two and a half centuries ago, on All Saints Day in the city of Lisbon, an earthquake had a similar effect upon European consciousness. Nature had produced something so devastating, so incomprehensible, so “evil” from a human perspective, that confidence in God’s providence and sovereignty was shattered. The problem of evil assumed a new position of prominence in academic philosophy and theology, as intellectuals around Europe struggled massively with how the existence of a good and powerful God could be reconciled with the evils—natural and moral—experienced by human beings? Some came up with creative, if quite technical and complex, answers. Others gave up on the project altogether – deciding that it was impossible that a good God would allow 60-100 000 people to die as a result of things like earthquakes.

The storm experienced by northern Europe this week was not nearly so devastating—it certainly does not merit comparison with the Lisbon earthquake of 1755. Compared to Lisbon, the number of casualties resulting from this storm is microscopic (10, if I’m not mistaken). I suspect that for most Europeans life will (if it hasn’t already) return to normal this week.

But not for one family in Bavaria.

Most days I can come up with good reasons for believing that evil is explainable as a part of a good world made by a gracious God. But today, as I enjoy the happy sounds of my children playing and think about total strangers who will never have that chance again, it’s hard.

From: Current Events, Philosophy, The Problem of Evil, Theology
← Nations and Narratives
Who Has Heard Correctly? →
4 Comments Post a comment